Above: Members of Team DAAEH (from left to right: Alexander Hollar, Andrew Deros, David Manford, Emmanuel Hanson, Hasan Nurulhaq) developed Memory Glass, a product intended to help patients with Alzheimers with real-time reminders of the identities of the people they are currently speaking with. The team developed the concept during Devils Invent: Invent for the Planet and presented their project in College Station, Texas. Photo courtesy of Devils Invent

On a Friday night when their fellow students are starting their weekend, more than 50 Arizona State University students are busy at Devils Invent, embarking on 48-hour journey to design, build and implement innovative solutions.

Devils Invent is a series of weekend-long engineering and design challenges for undergraduate and graduate students to devise solutions to problems submitted by the community, industry and university partners. The events are targeted at students who are committed to making a difference and developing an entrepreneurial mindset — putting into practice the idea of letting one’s curiosity take flight, securing connections and creating value.

“On the first night, everyone gathers and the events of the weekend are laid out,” says Andrew Deros, a mechanical engineering and industrial design double major in the Ira A. Fulton Schools of Engineering and the Herberger Institute for Design and the Arts. “After that meeting people spread out, find their teams and jump right in. A lot of the first night is brainstorming and coming up with a plan for the next two days. About midnight everyone goes home for a good night’s sleep because the next two days it’s go time.”

A meeting of the mindsets and skillsets

Teams have the freedom to build and prototype creative ideas to solve needs such as advancing health informatics, providing access to clean water, improving quality of life and connecting communities around the world. In the process, students get to know their classmates and learn something about themselves.

“If you’re having trouble finding a place to fit in, especially in a major with a large number of students, [Devils Invent] is a great opportunity to start meeting new people,” says Deros. “Not only that, but you get to have fun doing what engineering is about, instead of the tedious math and science classes.”

All innovators need to start somewhere, so no experience is required to participate in Devils Invent. It’s also an opportunity for students to learn from their peers.

“It doesn’t matter what skillsets you have because everyone gets a team and any skill is a good skill to bring to the table,” Deros explains. “Even if it turns out that your skills aren’t quite up to others, everyone’s willing to teach and hang out.”

Inventing on a global scale

Devils Invent is an ideal training ground for Deros, who wants to pursue a career in product development, improving people’s quality of life by making work and home life more efficient. Last spring, he and four other Fulton Schools students formed Team DAAEH at Devils Invent – Invent for the Planet, a unique Devils Invent event hosted by Texas A&M University.

Students can organize teams in advance or form one at the event, where they are challenged to devise potential solutions to global challenges.

One of the Team DAAEH members is Alexander Hollar, a chemical engineering major from Surprise, Arizona, who participated in Invent for the Planet as a first-year student as an opportunity to try new things.

“I thought that it would be great for furthering my knowledge of the engineering mindset, as well as give me the ability to learn how to apply myself to complex tasks and issues,” says Hollar. “My favorite part was the challenge of creating something new and substantial with a team of people you haven’t met before.”

In the global challenge, teams of college students more than 26 universities around the world worked simultaneously and virtually. Top-performing teams were invited to travel to Texas to take part in the final round of presentations.

Team DAAEH, which won the “people’s choice” vote, presented their prototype Memory Glass. The memory glasses are designed to help people with Alzheimer’s disease remember names by providing real-time reminders of a person’s identity. Using facial recognition input, the glasses compare image captures to a database of known individuals to process whether it is someone familiar or unknown. If the individual is known, the glasses display the person’s name and relationship.

“It was awesome to see so much diversity all working towards the same thing — to help people,” says Deros.

Back in Tempe at Devils Invent, the 48 hours wind down and teams are finalizing their prototypes and perfecting their presentations. Then they gather to watch each other’s presentations and wait for the judges to deliberate and announce the winners.

After the awards are handed out, Deros reflects on the lessons he learned during the marathon event.

“I learned a lot about prototyping, and just the fact that a team could focus for two days and pull something really cool out of thin air is amazing,” Deros says. Then after 48 hours, “people shake hands and everybody goes back to their schoolwork that’s due on Monday.”

In the end, for Deros, the experience helped to assure him that he is on the correct path.

“It instilled a boost of confidence going into my next semesters,” says Deros. “It reassured me that I’m meant to be a designer and an engineer, which is probably the biggest thing I am grateful for.”

Devils Invent has challenges multiple times each semester. Here is a current list of upcoming events. 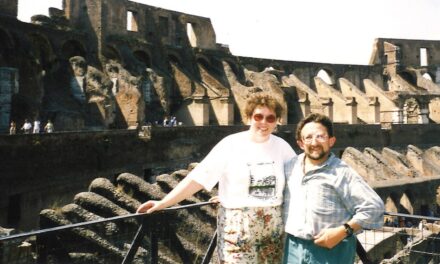 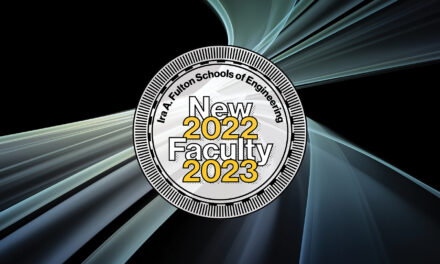 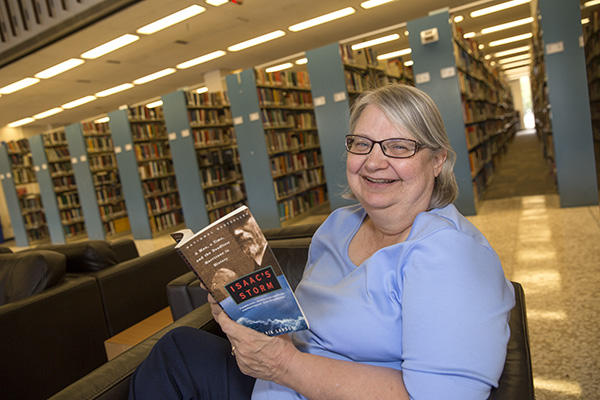