Above: Campers at SEE@ASU get introduced to majors and concentrations offered in the Fulton Schools with hands-on activities in a weeklong immsersive experience. Photographer: Jessica Hochreiter/ASU

What does it really mean to be an engineer?

This summer, around 1,100 students from first grade to 12th grade sought out the answer in 37 summer camps offered by the Ira A. Fulton Schools of Engineering at Arizona State University.

The Fulton Summer Academy offers half-day, full-day and overnight camps both at the Tempe and Polytechnic campuses for students in elementary, middle and high school. Students of all ages have the opportunity to experience an immersion into engineering, where they can develop skills that will help them throughout their academic careers.

The summer programs offered by the Fulton Schools are helping to build the next generation of diverse and creatively thinking engineers who represent a multitude of communities and backgrounds.

Something for everyone from K-12

The variety of programs offered by the Fulton Summer Academy encourages students to think outside the box and brainstorm innovative solutions.

For example, The Art of Invention: Escape Room Maker Camp, run by Shawn Jordan, an associate professor of engineering at The Polytechnic School, challenges students from eighth to 12th grade to collaborate with one another in designing and solving puzzles to create a real “escape the room” situation by the end of the weeklong camp.

Other camps focus on environmental engineering and sustainability, such as Camp Earthforce, which is open to middle schoolers.

While some of the summer camps are led by the Fulton Schools Engineering Education and Outreach team, others are led by faculty members, giving campers a taste of university life and the real engineering challenges students may encounter.

“Our mission is this idea of A-E-I-O-U,” says Hope Parker, who oversees the K-12 Engineering department. “A is for awareness, E is for enjoyment, I is for interest, O is for opinion formation and U is understanding. Most children don’t know what engineers do. These camps help to bring them awareness of that, see how they can enjoy it, and once they enjoy it, they can build an interest and form an opinion around that.”

The Fulton Summer Academy awarded a total of $17,050 in scholarships to support students with an interest in engineering to attend the summer camps.

Preparing the next generation of engineers

For juniors and seniors in high school, the Summer Engineering Experience, or SEE@ASU, invites students to live in the Tooker House residential community for a week and explore all 25 majors and 24 concentrations in the Fulton Schools with a hands-on approach.

This past summer, students visited the newly completed Drone Studio, explored The Polytechnic School’s flight and air traffic simulators, and took tours of various labs in all six of the Fulton Schools.

“It gave me a really great explanation for all the different fields of engineering and gave me a better idea of what career path I want to go down,” said Justin S., a participant in the program this summer.

New ideas from every place

In the spirit of encouraging diversity in the Fulton Schools, organizers encourage girls as well as members of underrepresented communities in STEM to join the Fulton Summer Academy programs.

The Fulton Summer Academy also offers camps just for girls at the elementary and middle school level to introduce them to STEM at a young age. There is an introductory FIRST LEGO League camp as well as an introduction to programming camp for girls from fourth grade to sixth grade.

At the high-school level, SEE@ASU also hosts students from across the nation. This past summer, around 25% of the 140 participants were from out of state.

The faces of the Fulton Summer Academy
Infogram 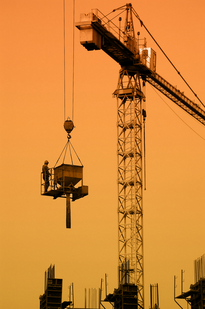 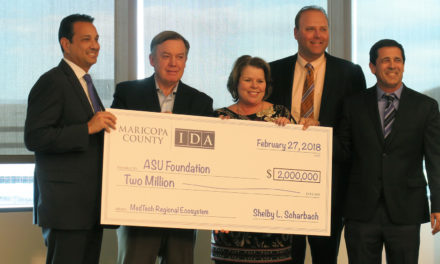 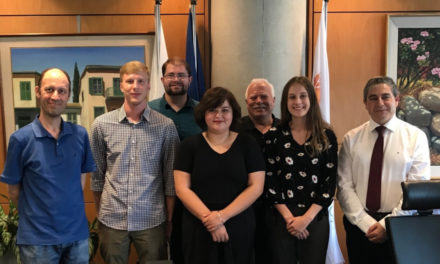 Engineering in spotlight at Night of the Open Door