Special delivery: An award to remember

Special delivery: An award to remember <p style="font-size:12px; margin: 0px 100px 0px 100px; text-align:center; font-style:italic">Above: Cassidy Hunter (right) and her brother Jake Hunter embrace on stage at Arizona State University during the Ira A. Fulton Schools of Engineering fall semester student awards ceremony. They had not seen each other for more than two years while Jake, a U.S. Marine Corps staff sergeant, served tours of duty overseas. Jake made a surprise visit to ASU to present his sister the Fulton Schools Student Dedication and Excellence Award at the event. Photographer: Marco-Alexis Chaira/ASU</p>

Cassidy Hunter was surprised when she learned she’d be getting an award for the dedication she put into her years as a student worker at Arizona State University.

Hunter was more surprised to learn she would be the first to receive the honor — and that, in fact, her contributions as a recruitment assistant in ASU’s Ira A. Fulton Schools of Engineering had motivated her supervisors and administrators to officially establish the special accolade.

But the surprises didn’t end there. Unbeknown to her, the biggest was yet to come.

Michael McBride, director of Fulton Schools student recruitment, reached beneath the podium to pick up the award, only to realize it had gone missing. It was then a staff member hurriedly exited the ballroom to retrieve the plaque. Cassidy received her undergraduate degree in construction management at the end of the fall semester and will soon begin her first full-time job in the industry with a major commercial builder. Jake Hunter has been taking courses online in the Fulton Schools electrical engineering program during his military deployment. He plans to continue his studies at ASU’s Tempe campus in fall 2019. Photographer: Marco-Alexis Chaira/ASU

At that moment, a tall young man in a full formal U.S. Marine Corps uniform entered the room. He strode quickly to the stage carrying the plaque. On stage, Hunter’s mouth was agape in surprise.

The missing award had been a ruse.

The young Marine was Jake Hunter, the brother Cassidy Hunter had not seen in more than two years while he had trained for and served his military duties half a country and later half a world away.

After her surprised reaction there was an embrace between the siblings, a step apart as she fought back tears, followed by a second embrace.

The reaction of the crowd grew from polite applause to a rousing standing ovation as they realized what they’d witnessed.

For her family members, co-workers, Fulton Schools event planners and Jake Hunter, it was mission accomplished. All had conspired to keep Jake’s trip back to the United States a secret from his younger sister.

“I wanted to make my sister cry,” he says with a smile.

But more than that, he adds, “I wanted to show her that her successes are important to our entire family, and I didn’t want to miss celebrating them.”

Cassidy Hunter will soon begin her first position as a full-time employee. After graduating this week and taking time off to spend with family, she will relocate to Denver to work for one of the largest U.S.-based construction companies.

Along with her degree in construction management, she will arrive on the job as the first recipient of the Fulton Student Dedication and Excellence Award to acknowledge Fulton Schools students who have demonstrated exemplary performance in guiding new and continuing ASU engineering students while serving as a student employee, student para-professional or student mentor.

“She went above and beyond” what was expected of her, McBride says, adding that in the more than 25 years he has worked at ASU, “Cassidy is the best student worker I’ve seen.”

“She was awesome,” says Kaely Graham, a student recruitment senior coordinator who was Hunter’s supervisor.

McBride and Graham emphasize the range of tasks Hunter performed with notable competence — scheduling and managing visits and tours for prospective students and their parents, coordinating events, helping to manage inventory and billing and supporting joint efforts with the Fulton Schools K-12 education outreach operations.

McBride and Graham say Hunter was particularly effective in communicating with young students and addressing their apprehensions about what the college experience would be like.

“She was good at telling them about the challenges they would face, but also about the support they would get at ASU,” McBride says.

“You usually have student workers who just ask ‘What should I do?’ but Cassidy was always quick to figure out what our needs were and what those students needed and wanted to hear about,” he adds. In addition to four semesters as a student worker for the Fulton Schools, Cassidy Hunter also completed internships with three construction companies during her undergraduate years at ASU. Photo courtesy of Cassidy Hunter.

Aaron Cohen, a faculty associate who teaches in the Del E. Webb School of Construction in the Fulton Schools, describes Hunter as a student who was always attentive, eager to learn and asked good questions.

“She genuinely cared about subjects we were discussing, not because she was trying to earn a good a grade, but because she understood how the course material can one day influence her career,” Cohen says.

With all the energy Hunter put into the job, she managed to rack up other accomplishments beyond maintaining a high grade-point average in her studies.

Next, she was a project engineering intern for more than six months with Mortenson Construction, a leading multinational commercial builder and the company she will join early next year as a field engineer.

Hunter was also a member of the student organization Advancing Women in Construction, serving a term as its secretary and then co-president this year.

She attributes her success in the internships and the student recruitment job to simple characteristics and goals.

“I’m talkative and outspoken,” Hunter says, which was an asset in her role in promoting the Fulton Schools to prospective students and their parents.

Of her work ethic and job performance, she says, “I just like to keep busy, and I want to be valuable to my employer.”

Those skills and others have now led Hunter to become the first in her family — parents, two brothers and four stepsiblings — to graduate college.

And, she points out, “I’m the youngest of all of them.” Cassidy and Jake Hunter gathered after the Fulton Schools student awards ceremony with their father Scott Hunter and mother Shelby Hunter. Their maternal grandmother, stepmother, a cousin and an aunt and uncle also traveled to Arizona to see Jake present Cassidy her award. Photographer: Marco-Alexis Chaira/ASU

All in the family

The Hunter family, however, is on track to have another ASU graduate in a few years.

Jake Hunter has been taking classes online in the Fulton Schools electrical engineering program while on duty on missions in the Democratic Republic of the Congo in Africa and most recently in Ireland.

He is planning to begin studies on campus after completing the Marines Officer Candidate School program early next year. That will enable him to become an active-duty, full-time college student with another mission — to earn a college degree.

Graduation will earn him an officer’s commission. He then intends to remain in the Marines until he reaches at least 20 years of service.

Jake Hunter says his father, Scott Hunter, who has worked in construction for almost four decades, influenced his and Cassidy Hunter’s choices of college majors by instilling in them the satisfaction of “creating and building things.”

Scott Hunter says his daughter’s accomplishments in college make him certain of her future career success as a construction professional.

When Cassidy left home for college and Jake went into the military, their mother Shelby Hunter says, “They were both searching for direction. Now they are mature, confident and determined. I’ve seen both of them blossom.”

Inspired by her work in the Fulton Schools student recruitment office, Cassidy Hunter sees herself staying involved in some form of education outreach as she pursues her professional goals of advancing into leadership roles as a director of construction operations and a construction industry executive.

Whatever career achievements lie ahead, she says, being presented an award from her brother for the memorable mark she made as a student worker at ASU will remain a point of pride in her career, “and one of the best surprises I’ll ever get.” 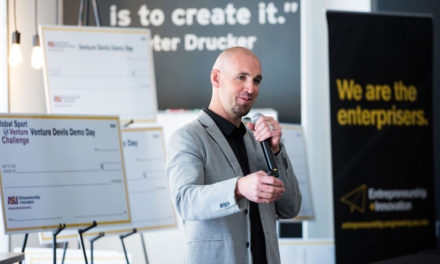 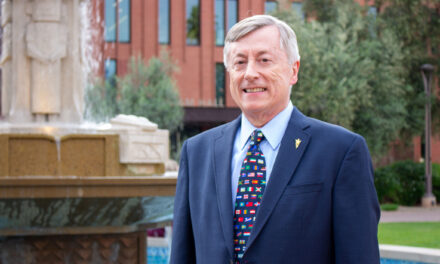 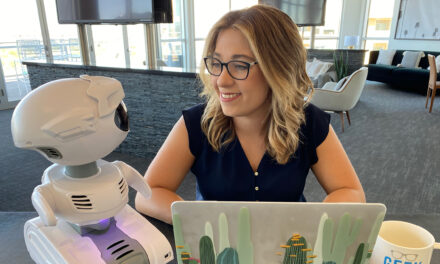 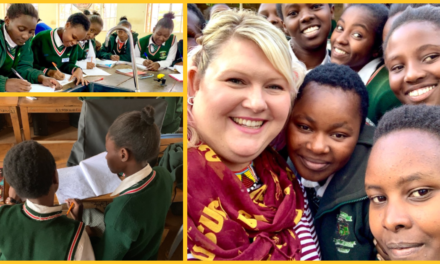