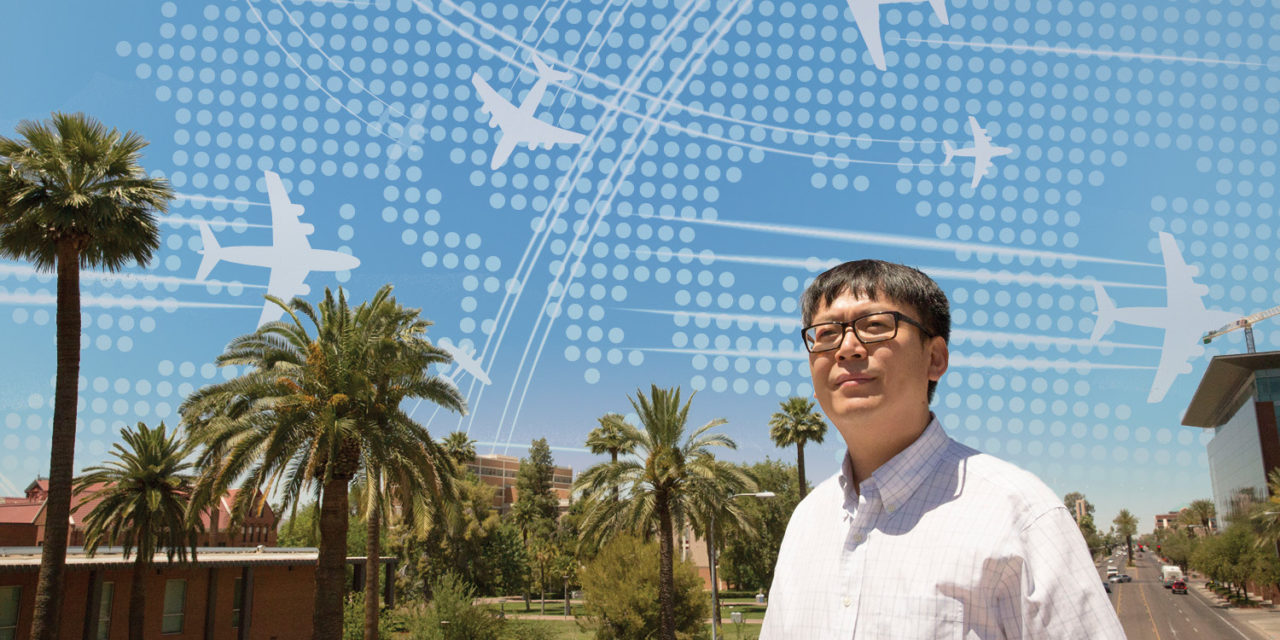 Above: A five-year project, led by Yongming Liu, focuses on safely integrating the complex data sources that are driving the future of air traffic management systems. Graphic created by Pete Zrioka and Rose Serago/ASU

Arizona State University is set to play a role in improving safe and efficient air travel across the country’s blue — perhaps bluest in Arizona — sky.

ASU is among five university research teams that were funded by NASA’s Aeronautics University Leadership Initiative to explore a novel idea to improve aviation.

ASU’s Yongming Liu, the lead project investigator, is directing a diverse, multi-disciplinary team that includes several faculty in ASU’s Ira A. Fulton Schools of Engineering, as well as collaborators from Vanderbilt University, Southwest Research Institute and Optimal Synthesis Inc. Liu is a professor of mechanical and aerospace engineering in the Fulton Schools’ School for Engineering of Matter, Transport and Energy.

Managing the interplay of data sources

ASU’s project surrounds what Liu refers to as the next generation National Airspace System, known as NextGen NAS. 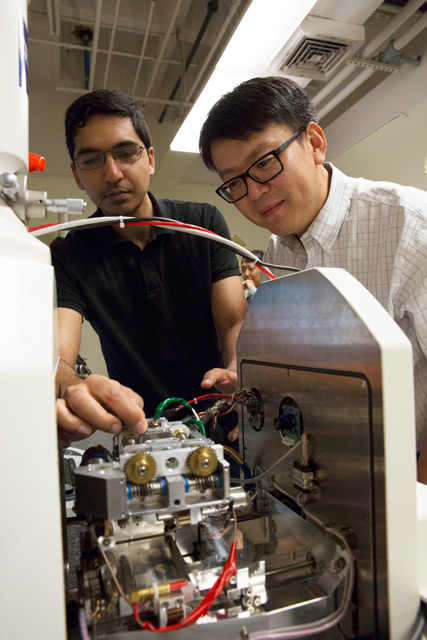 The National Airspace System covers the airspace, navigation facilities and airports of the United States along with its associated information, regulations, policies, personnel and equipment.

“NAS is in the process of undergoing a change from radar-based technology to surveillance systems-based operations within the next ten years,” says Liu.

This is due to a multitude of new and existing aviation data sources becoming available, such as the use of voice and data communications, live weather forecasting, aircraft health data and GPS technology.

The availability of new technology and data sources promise the possibility of reducing aviation gridlock in the sky and at airports, cutting weather-related delays, and enabling air traffic controllers and pilots to see the same real-time display of air traffic for the first time.

However, Liu and his collaborators foresee a problem with the integration of the enormous amount of information associated with the move toward NextGen NAS.

Liu says, “Prognostics for the NAS must consider the uncertainties inherent in the system.”

“Managing the interplay of these data sources requires complex system modeling to ensure a safe transition to NextGen NAS operations,” says Liu, describing the drive behind his team’s proposal. “We are talking about a super complex human-cyber-physical system that has never been fully explored in the past.”

To this end, the team is addressing the urgent need to develop a system-wide prognostics framework — a way to successfully fuse a lot of information — for the proactive health management of the nation’s evolving airspace system.

In part, their contributions will allow the aviation community to simulate, test and interrogate possible failure modes within the data sources.

In addition to tackling a compelling technical challenge, another goal of NASA’s University Leadership Initiative is to support university researchers who lead diverse, multi-disciplinary teams.

This faculty mix, along with additional collaborators from Vanderbilt, is integral to the proposed project, which Liu says “requires a very diverse team” ranging from structural engineers to big data analysts, and from image processors to psychologists, and from computer scientists to applied statisticians.

“We also seek for a smooth transition from academic research to field applications,” says Liu, explaining the importance of various disciplines as well as the involvement of the research institute, Southwest Research Institute, and private company, Optimal Synthesis Inc.

“The team is incredibly well-positioned to advance the state-of-the-art,” says Kyle Squires, Dean of the Ira A. Fulton Schools of Engineering.

Squires says that the team’s success in winning this award “highlights a key strength of the Fulton Schools: the ability of our faculty to assemble into strong multi-disciplinary teams that award sponsors recognize as providing the novel, differentiated expertise crucial to addressing their challenges.”

“We’re excited our team was successful in convincing NASA that a multi-disciplinary information fusion is valuable to the future of their missions and in ensuring aviation safety,” says Liu. 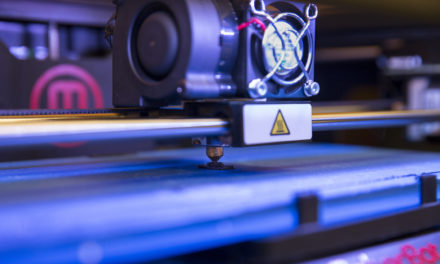 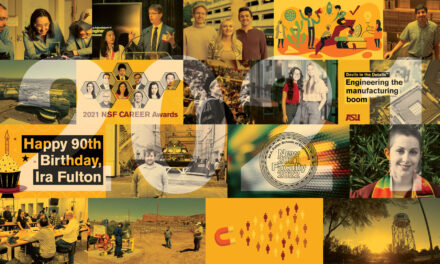