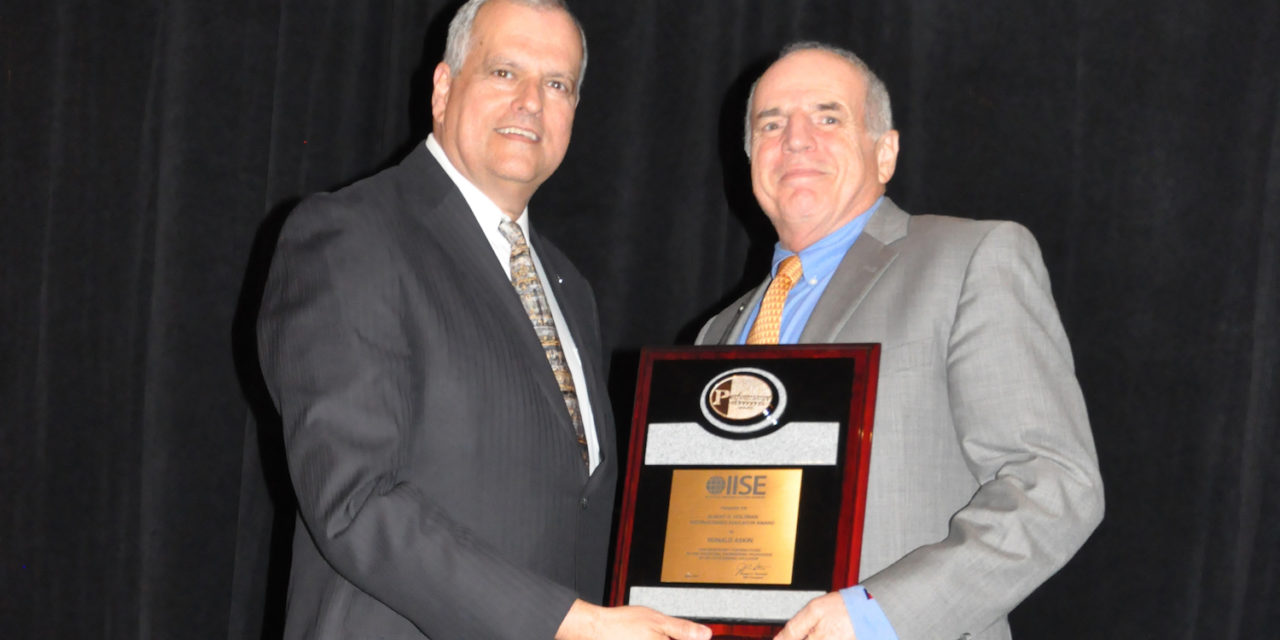 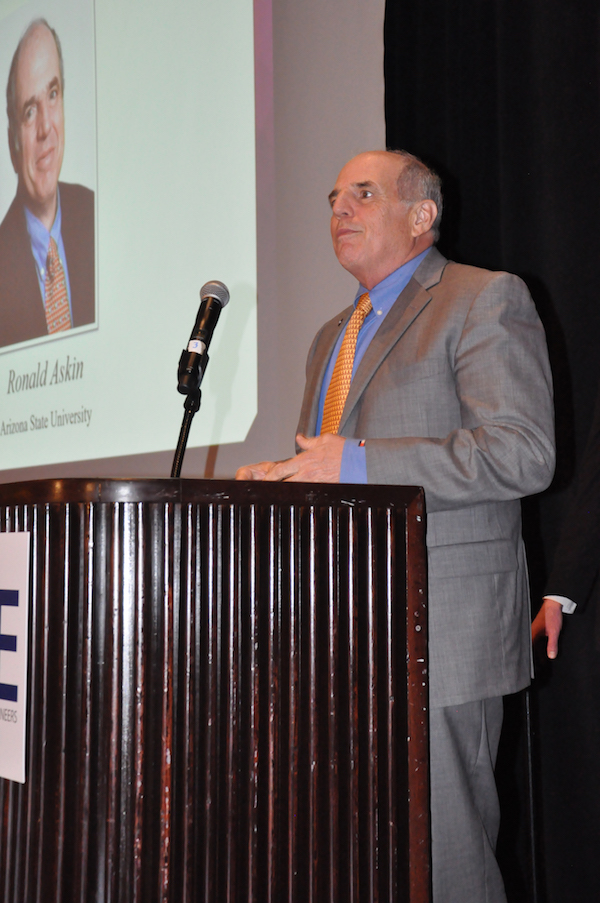 Professor Ron Askin, former director of the School of Computing, Informatics, and Decisions Systems Engineering speaks to members of the Institute of Industrial and Systems Engineers at the society’s annual awards gala May 22. Photo courtesy of IISE

This marks the first time a faculty member off the Ira A. Fulton Schools of Engineering has earned the award since its inception in 1986. Askin accepted the award at IISE’s annual awards gala, held May 22 in Pittsburgh.

“I feel greatly honored to be included in the list of educators that have received IISE’s Albert G. Holzman Distinguished Educator Award,” says Askin. “It’s both humbling and thrilling as many of the previous winners have been role models for me.”

Named for the late Albert Holzman, an accomplished industrial engineer at the University of Pittsburgh, the award recognizes educators whose notable contributions to industrial engineering are evident through teaching, research and publication, extension, innovation or administration.

Nominations are based on teaching excellence, research accomplishments and publications, continuing education or development of off-campus courses and documented innovative education technique.

“Being a professor is a privilege that comes with great opportunity and responsibility for shaping the next generation of industrial engineers that will lead economic development and contribute to society,” said Askin. “The award helps validate that my efforts across my career have been successful and impactful in that regard.”

Askin served as director of the School of Computing, Informatics, and Decisions Systems Engineering from 2009 to 2016, before stepping down to return his focus to education.

“I believe the award reflects positively on what we have been able to accomplish in CIDSE,” says Askin. “We have built an intellectually and demographically diverse educational environment that is enriching the lives of our students and advancing the information and decision sciences and engineering profession and the organizations that benefit from those advances.”

The Holzman Distinguished Educator Award joins an already impressive list of awards and honors granted to Askin. He is currently the editor-in-chief of the international industrial engineering research journal, IIE Transactions, IISE’s flagship publication. Last year, Askin’s alma mater Lehigh University named him a Distinguished Alumni for Excellence in Academia. In 2012, he served as general chair of one of the largest and most important professional society meetings in his discipline — the Institute for Operations Research and Management Science, or INFORMS, annual meeting. He continues to serve as the Vice President of Meetings for INFORMS.

In 1995, he was elected Fellow of the Institute of Industrial Engineers, received the Shingo Prize for Excellence in Manufacturing Research in 1994, and won the National Science Foundation’s Presidential Young Investigator Award in 1984. He is also a two-time recipient of the IIE Joint Publishers Book-of-the-Year Award. 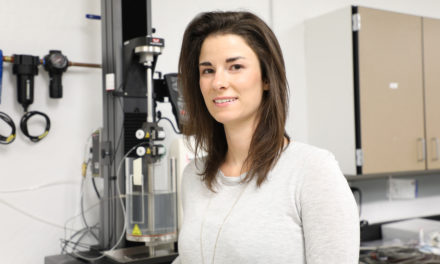 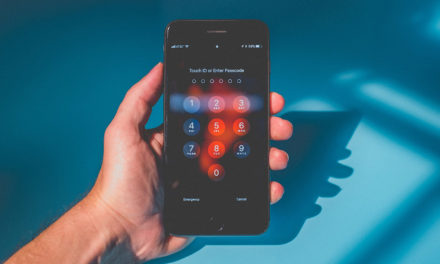 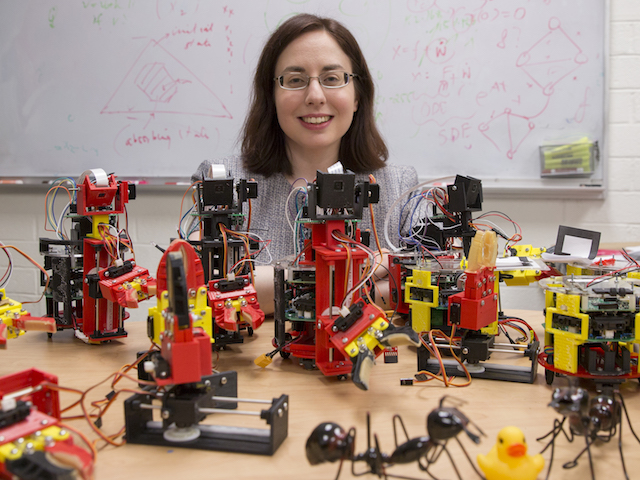