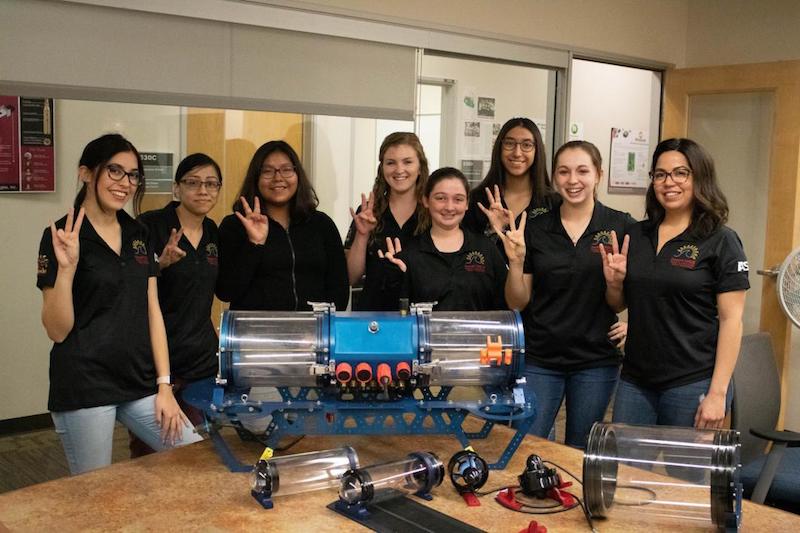 A team of Fulton Schools students are building an autonomous robotic submarine to compete in the National Underwater Robotics Challenge in June at ASU’s Polytechnic campus. The team, named Desert WAVE (Women in Autonomous Vehicle Engineering), is believed to be only the second all-female underwater robotics team in the world. Next, Desert WAVE will head to San Diego to participate in the international RoboSub competition.