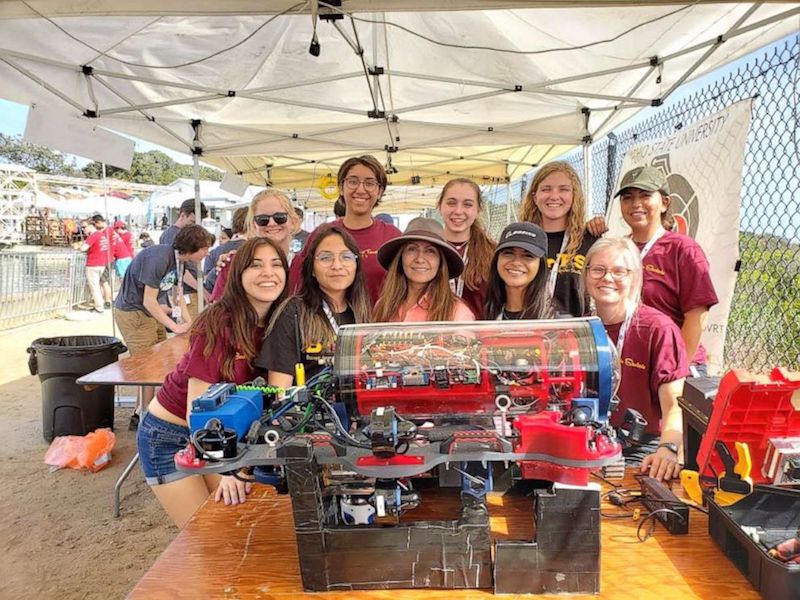 A rookie team of ASU engineering students — most of them Fulton Schools students — put in the surprise performance of a recent international underwater robotics competition. The team named Desert WAVE (Women in Autonomous Vehicle Engineering) took third place over all at the RoboSub international event. The team was formed in collaboration with an Arizona-based organization that provides opportunities to youngsters in underserved communities. Another version of the story was posted on the website of the national morning news show Good Morning America.