The border region of southern Arizona and Sonora, Mexico, faces the sustainability challenges of a semi-arid climate that experiences long periods of water scarcity. Economic, social and political cooperation will be required for the neighboring states to ensure the viability of their water resources in the future, says Arizona State University engineer Enrique Vivoni.

This summer the program brought together 11 ASU students and 13 students from three Mexican universities (the Universidad de Sonora, the Instituto Tecnologico de Sonora and the Universidad Autonoma de Ciudad Juarez), along with 14 faculty members from ASU and other universities to gain a deeper understanding of the water scarcity problem in the Arizona-Sonora border region. Juan Pedro López Cordova, a student at the Universidad de Sonora, climbs some 350 steps at the El Novillo dam in Sonora, Mexico. El Novillo dam has been in operation since 1964.

Their endeavor started with a week at ASU, where students spent time “organizing travel logistics, getting to know each other, preparing equipment and familiarizing themselves with the state of Sonora and the current water infrastructure,” explains Nolie Pierini, an ASU engineering doctoral student.

In the second week, students traveled to Mexico to learn about a major ongoing water dispute in Hermosillo, the largest city in Sonora and the state’s capitol, which has experienced significant population growth in the past decade. To meet the city’s increasing water demand, officials constructed a 162-kilometer-long aqueduct to transfer water from the Yaqui River Basin, a major supplier of water to agricultural users in Ciudad Obregon.

“It’s a commonly seen water conflict between industrial water users and agricultural water users,” says Matthew Thompson, who is pursuing a master’s degree in civil engineering at ASU.  “The problem is amplified in the case of Sonora because they are in an area with significant drought and not enough water to meet everyone’s needs.”

Students visited both Hermosillo and Ciudad Obregon and heard discussions and presentations from those on both sides of the water debate. They took field trips to an aqueduct, a dam and reservoir, a hydroelectric power plant and a water treatment plant – all parts of water infrastructure in the state of Sonora.

After a week of tours and presentations from water policymakers and stakeholders, the students traveled to the nearby rural city of Rayón for a week of hydrology field research.

One research project, led by Dr. David Gochis, a scientist with the National Center for Atmospheric Research in Boulder, Colo., involved attaching radiosonde sensors to large helium weather balloons to track various atmospheric conditions at altitudes as high as 20 kilometers (65,600 feet) at various times of the day. The radiosonde measures temperature, humidity and pressure in the atmosphere, data that is sent directly to a laptop computer and then used to create an atmospheric model that tracks monsoon-season weather dynamics and patterns.

Another project, led by Agustin Robles-Morua, a professor at the Instituto Tecnologico de Sonora and a former postdoctoral researcher at ASU, surveyed people living in Rio San Miguel about water use practices, water quality and the impacts of new infrastructure.

Seth Morales, an ASU senior civil engineering major who is fluent in Spanish, was able to lead his group as they learned about different perspectives of water management and the water-use practices of specific users in the Rio San Miguel area near the town of Rayón.

ASU student Thompson, who worked with a team to install a weir (a barrier placed in a channel to enable measurement of water discharge) in a small stream, says he liked the hands-on aspect of the project. “It was gratifying to go to a remote, cool area and to use our hands to get a job done,” he says. Tonantzin Tarin, a researcher at the Insitituto Tecnológico de Sonora, releases a radiosonde device attached to a weather balloon into the atmosphere. The radiosonde measures temperature, humidity, and pressure as the balloon ascends. The trajectory of the balloon is used to determine wind speed and direction. Measurements are recorded up to altitudes of 20 kilometers while a radio transmitter sends the data directly to a laptop.

Ara Ko, an ASU engineering doctoral student supervised by Vivoni, worked with water plant pressure chambers under the direction of Instituto Tecnologico de Sonora faculty member Enrico Yepez. Ko says she liked learning about semi-arid plant dynamics and exploring a climate and an ecosystem that is extremely different from her hometown in Korea.

Many of the students say learning about the region’s water issues during their first week in Mexico made the research experience more rewarding.

“Research like we did in Rayón can help us learn how to use water more efficiently and can ease future problems in water policy,” Pierini says.

“It was surprising to see how the research, or lack of research, can really have an impact on a whole community,” Morales says.

Along with gaining a renewed appreciation for thorough research, the ASU students say they enjoyed learning about a different culture.

“It was amazing to see that people living in the same hot summer climate as in Arizona, but without abundant water resources,” Morales says. “Some homes only have access to water every three days for a two-hour window.”

Along with making him more appreciative of the quality of water infrastructure in the United States, Morales says the program was a “turning point” for him. The experience led him to decide that hydrosystems engineering is the career path he wants to pursue.

Thompson, a self-proclaimed lover of the hot Sonoran desert climate, says he is glad he had the opportunity to get to know some of his “neighbors to the south.” He enjoyed learning about the government, culture, universities and people in Mexico, and says he was surprised that he formed a bond with people in Mexico, despite the language barrier.

“It definitely forces you out of your comfort zone, which is something that is essential for anyone who wants to learn how to coexist with people from other cultures,” Thompson says.

Adds Morales, “Interaction with another culture opens your mind and impacts the way you view science in general.” 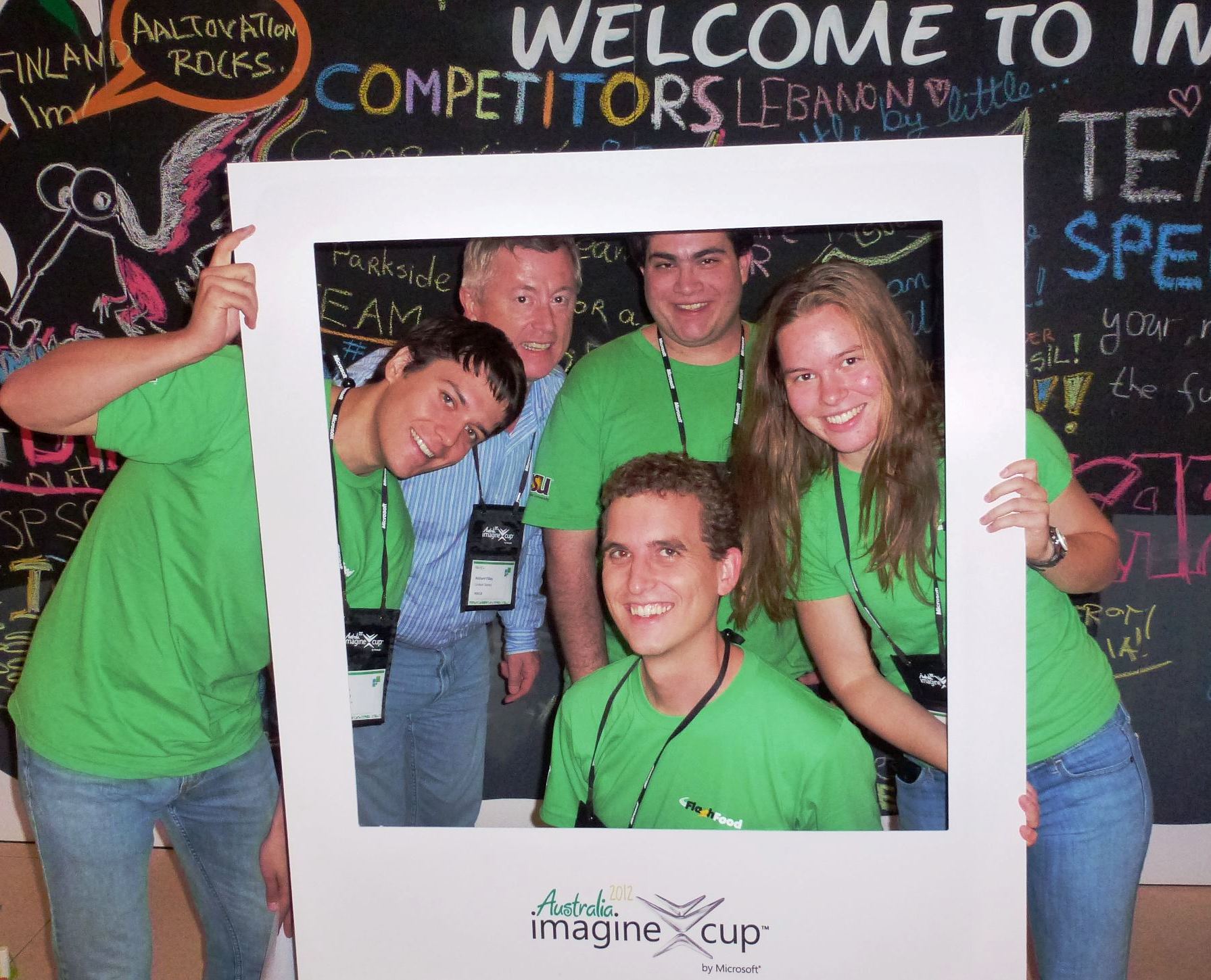