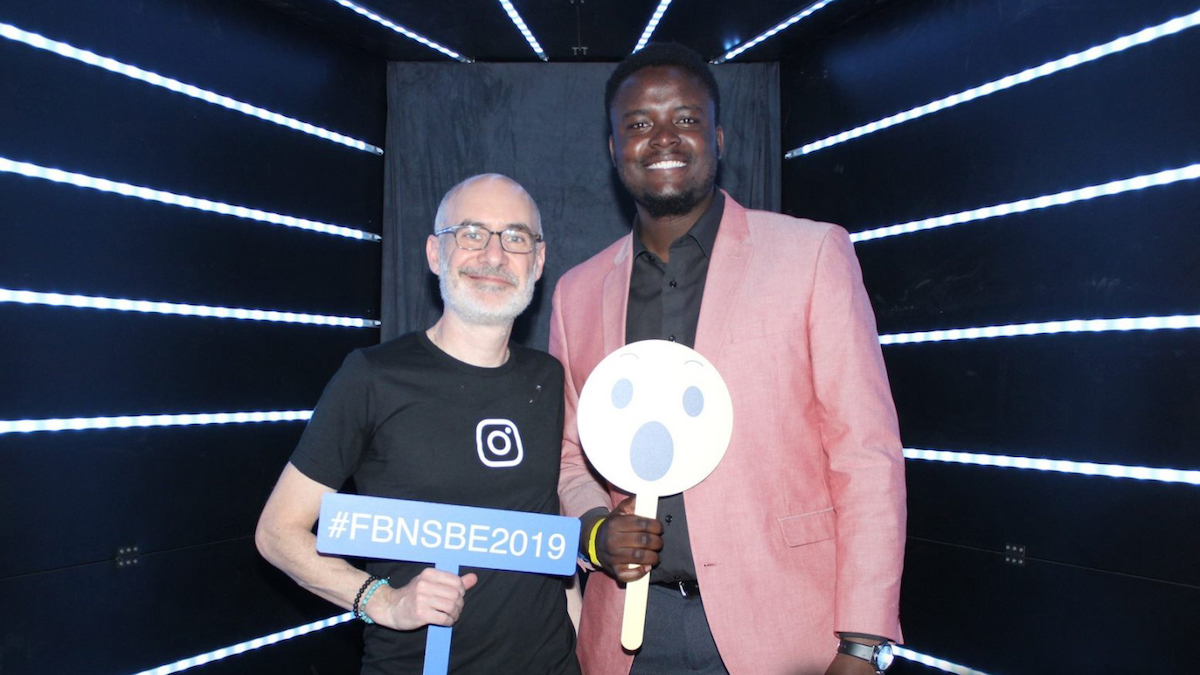 Above: Mechanical engineering major Clive Matsika (right) had the opportunity to work with Dan Zigmond, director of analytics for Instagram, at the 2019 National Society of Black Engineers convention in Detroit, Michigan, thanks to a scholarship awarded by Facebook. Photo courtesy of Clive Matsika

Clive Matsika, a mechanical engineering major in the Ira A. Fulton Schools of Engineering at Arizona State University, was one of five students globally to be awarded a Facebook National Society of Black Engineers Analytics Scholarship to attend NSBE’s 45th annual convention in Detroit, Michigan.

Matsika didn’t just attend the convention while in Detroit, he received an invitation to a private event with Facebook’s data analytics team. Dan Zigmond, the director of analytics for Instagram — which is owned by Facebook — served as Matsika’s mentor during the event. 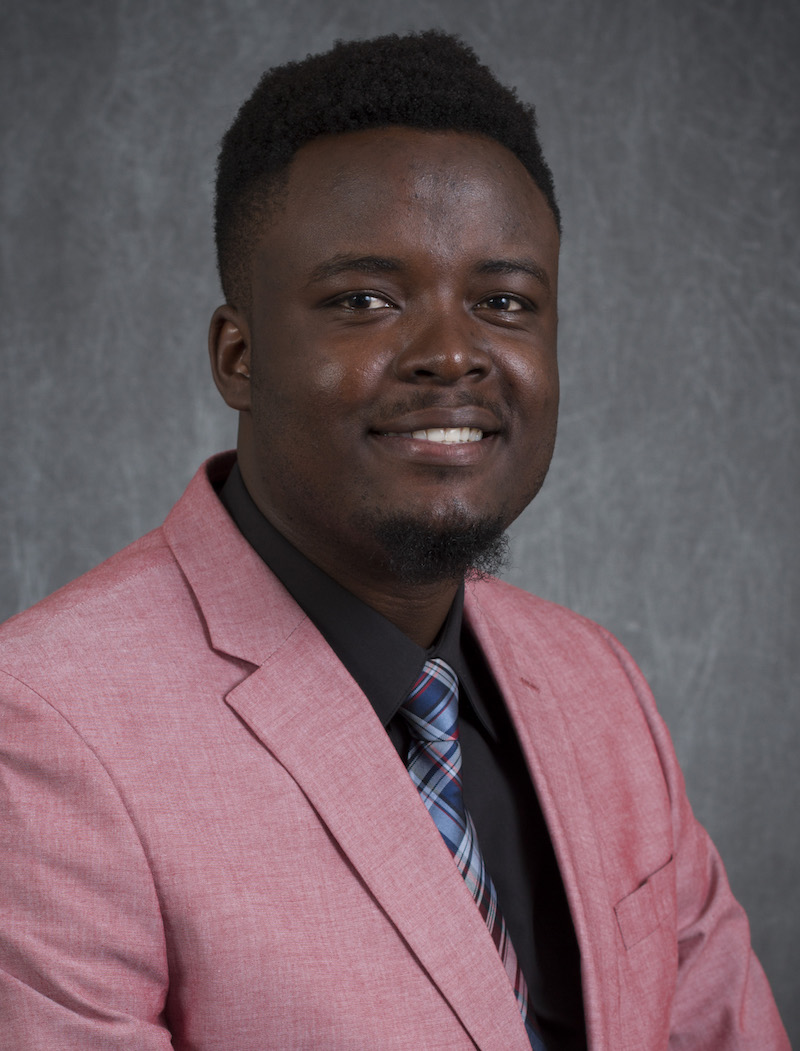 “My hope was to maximize my time with Dan and his team,” says Matsika. “Through working with him, I learned more about a day in the life of a data engineer/scientist and about analytics opportunities at Facebook and beyond, especially for those who are coming from a non-computer science background.”

Matsika says that he is very thankful for the opportunity to attend the conference and work directly with analytics professionals.

“I could not believe it because they were only looking for five individuals from the entire world,” he says. “With my mechanical engineering degree, which in the eyes of many is perceived to have nothing to do with data analytics, I was really surprised and excited at the same time.”

Matsika received congratulatory messages from around the world, which helped him to realize how significant it was to receive the scholarship. Now Matsika has his sights set on something even bigger.

“It’s the first step toward getting that Nobel Prize. I know the prize has my name on it and it is just a matter of time before I collect it.”

Growing up in Zimbabwe

Matsika’s big dreams began when he was growing up in Zimbabwe, where he says every parent wants their child to become a lawyer, engineer, medical doctor or accountant. However, Matsika had difficulty choosing just one profession.

In eighth grade, he told his parents that he wanted to become an engineer and a part-time accountant after getting his first exposure to the art of systematic financial recordkeeping from his mother’s old accounting textbooks. Together with his mom, who he called an “accounting guru,” Matsika studied an entire textbook in less than three months.

“I loved how this knowledge tallied with what I learned from my math classes,” says Matsika. “I began to love both science and business, and after some time, I realized that science and business complement each other. I found what is common to both is data analytics, which in turn made me love both fields.”

Data analytics as a mechanical engineer at ASU

“A lot of people think that mechanical engineering is all about building, creating, designing and testing mechanical devices, but it is definitely more than that,” says Matsika. “If it was not for mechanical engineering, I would not have been exposed to the numerous lab sessions and relevant classes I’ve had here at ASU.”

Matsika believes his mechanical engineering skills helped to set him apart from those who studied more analytical majors and may even have played a role in why he was selected for the Facebook NSBE Analytics Scholarship.

“In my endeavors, I am not trying to compete with mathematicians, statisticians and data scientists who may have been taught advanced analytics through their majors,” says Matsika. “I simply use what I already know from mechanical engineering as my competitive advantage in analytics.”

Matsika found ways to share his passion for data analytics through several jobs and activities on campus, including working as a section leader for ASU 101 and a teaching assistant for FSE 100, both introductory courses for new students. He also worked as a tutor at the Office of Student-Athlete Development, helping ASU student athletes boost their academic performances in engineering and statistics.

These roles required him to work with large data sets and solve complex problems, but by his junior year, Matsika wanted more of a challenge.

He joined the lab of Professor Hanqing Jiang, a mechanical and aerospace engineering faculty member in the School for Engineering of Matter, Transport and Energy.

“Mentored by Dr. Jiang and working alongside other students, I created an organogel that serves as a lithium ion battery separator,” says Matsika. “The project itself involved measuring a lot of data and analyzing it – for instance, how to come up with ion conductivity from a battery cell that I would have made from scratch.”

The result, a battery separator with high ion conductivity, became Matsika’s Fulton Undergraduate Research Initiative project. The project also became the basis of his thesis for Barrett, the Honors College.

“I loved this research opportunity as it simultaneously fed my innate interests in both engineering and data analytics,” says Matsika.

Not content to work on just one research project, Matsika joined the research group of Patrick Phelan, assistant dean of graduate programs in the Fulton Schools and professor of mechanical and aerospace engineering. From there, he was hired to work in the Industrial Assessment Center at ASU.

Through the IAC, Matsika conducted site visits to engineering firms and provided evaluations of manufacturing and industrial facilities to reduce costs by increasing energy efficiency, improving productivity and decreasing waste using industrial data. He was “able to see the importance of data analytics to every firm that we interact with.”

Matsika’s time as an undergrad at ASU will be coming to an end in May, but he will continue to find ways to use data to make a difference.

“My graduation is a few weeks away,” says Matsika. “I hope to seize more opportunities and really think of the long-term plans of how I can use analytics to make this world a better place.” 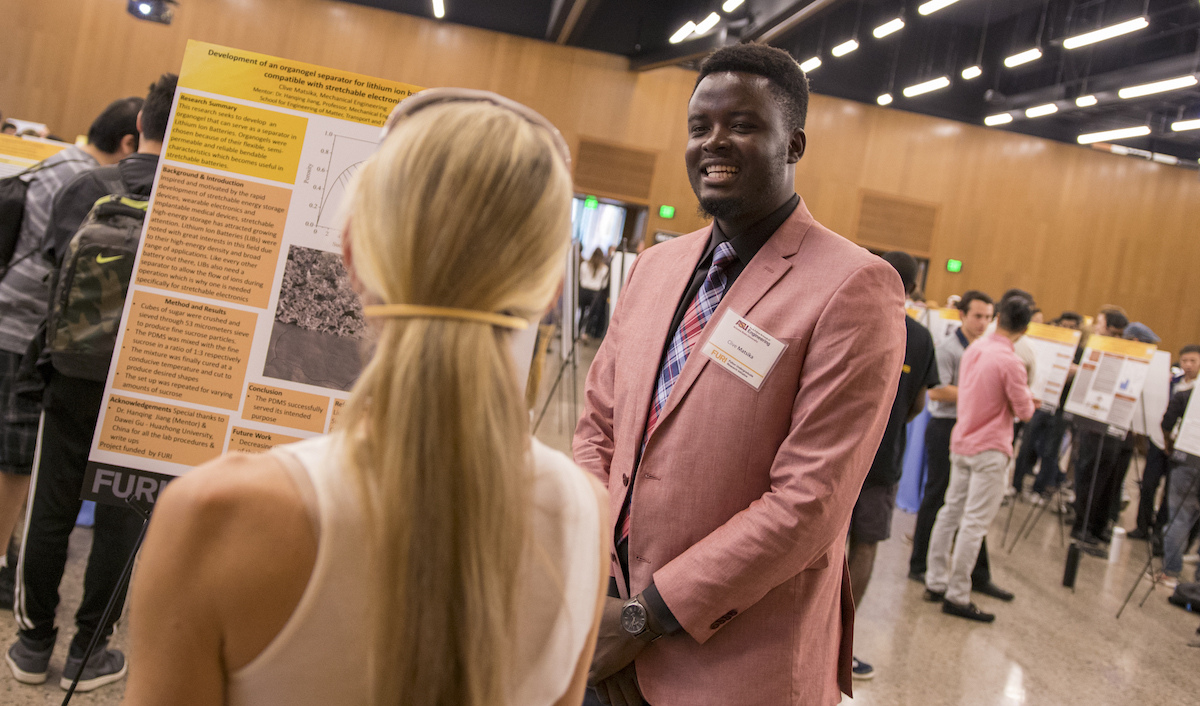 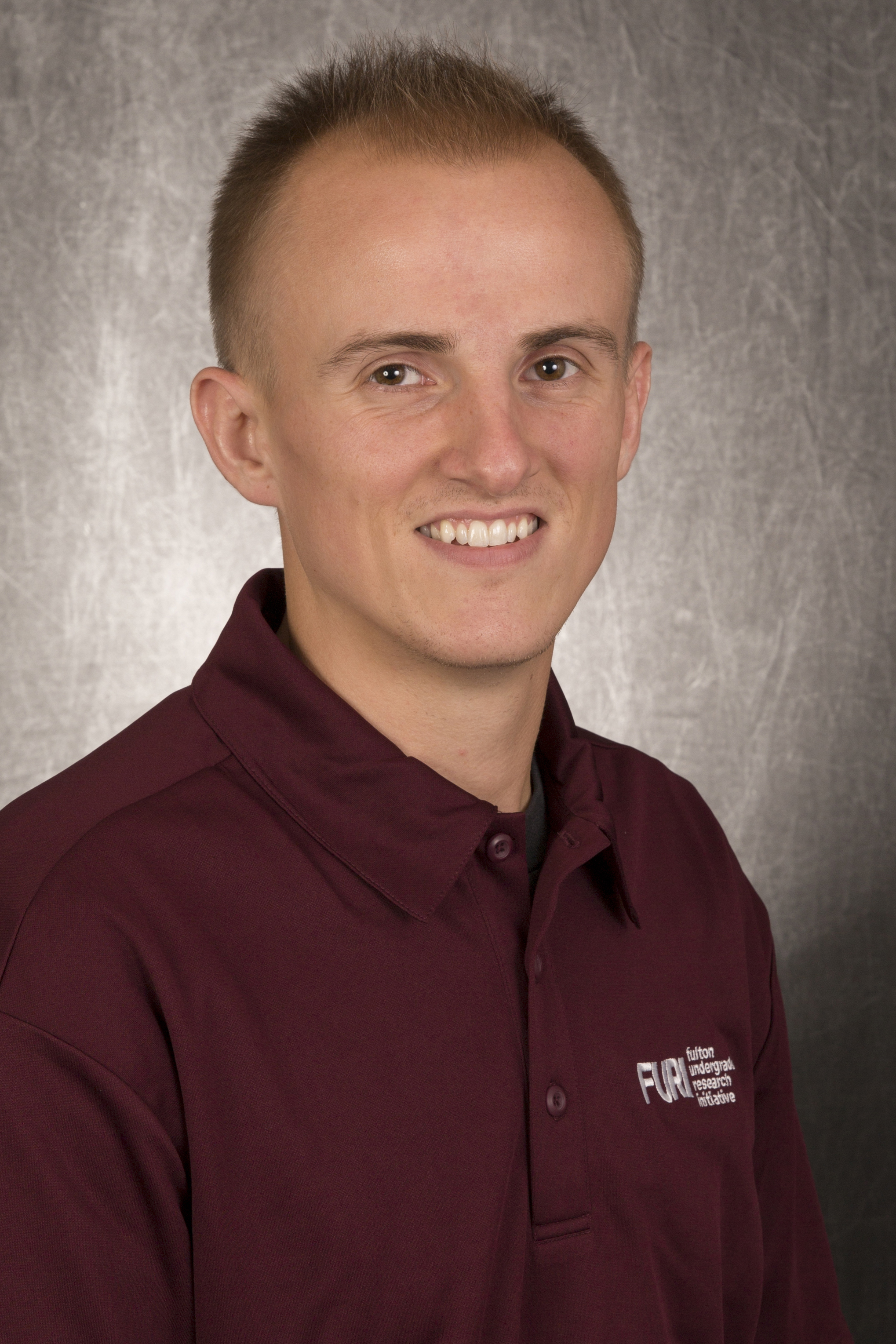 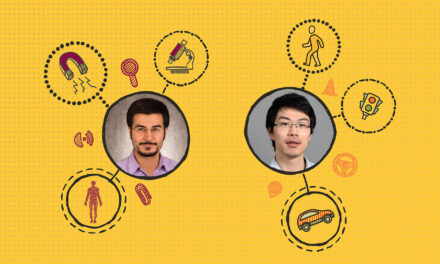 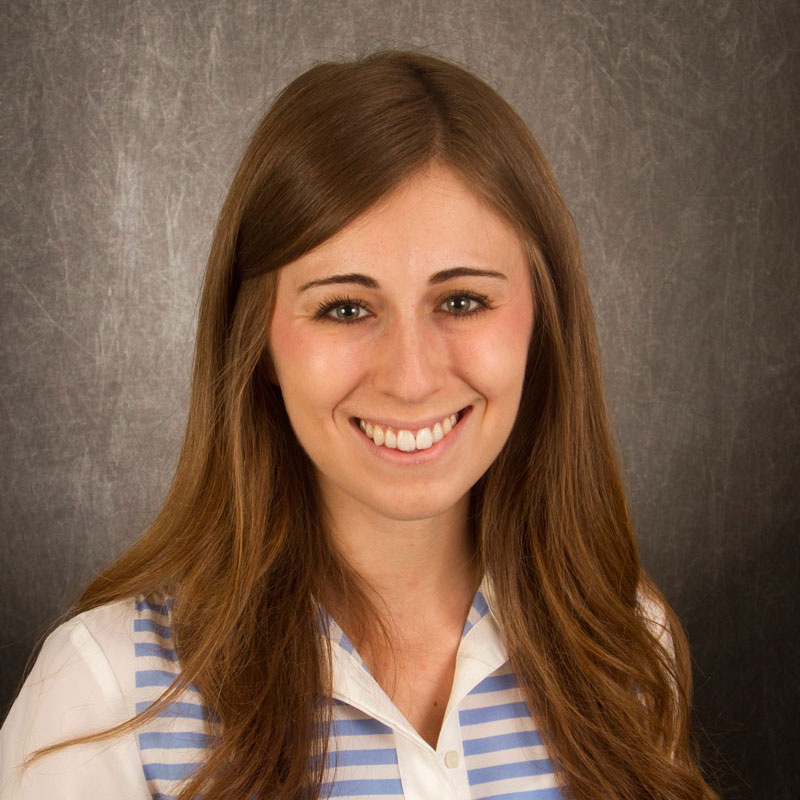