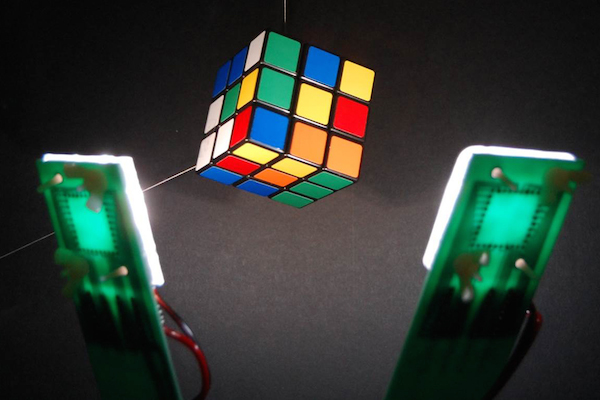 Above: This image of single-doped organic light-emitting diodes (OLEDs) shining a high-quality white light on a Magic Cube® shows how OLEDs can vividly illuminate the colors of the cube across the full range of the visible color spectrum from blue to green, yellow and red. ASU engineer Jian Li’s research team is working to develop a cost-effective solution for the next generation of solid state lighting products based on OLED technologies. Photograph provided by Jian Li’s research group.

Despite all the forward technological leaps in modern electronics, the quality of lighting they provide still leaves much room for improvement.

The illumination emitted in our electrically powered devices falls short of achieving optimum performance of their primary function of maximizing visibility.

One area of research that promises solutions to these shortcomings is focused on developing advanced organic light-emitting diodes – called OLEDs.

An organic light-emitting diode is a light-emitting diode (LED) that employs conjugated organic molecules to transport electrical charges and emit light in response to the electric current.  The typical thickness of a whole OLED is less than one micrometer, which can be transparent and compatible with the flexible substrates.

Major advances in OLED technology would amount to “a very big milestone” in the ability to effectively light our world, said Jian Li, an associate professor of materials science and engineering in the Ira A. Fulton Schools of Engineering at Arizona State University.

Work on OLEDs led by Li in the past decade has attracted continuing interest from industry and government.

The most recent support is a grant providing $875,000 over two years from the U.S. Department of Energy to allow Li’s lab to expand its research and further develop its collaboration with Universal Display Corporation, a leading developer of electronic display and lighting technologies based on organic materials.

The next generations of OLED technology can be expected to enhance the lighting performance in all kinds of solid state electronics – everything from lighting for parks, streets and sports facilities to digital watches, cell phones, television and computer screens, and flexible electronic displays, as well as home, commercial and industrial lighting.

“This technology will offer many benefits over our conventional lighting devices,” said Li, who is on the faculty of the School for Engineering of Matter, Transport and Energy.

Advanced OLEDs will enable more control of the brightness of lighting, along with providing more options to mold the shapes of the lighting devices, to pinpoint the direction and intensity of light, and to control the color of light.

Li’s research team is working to develop OLEDs that use a single emissive material to create a white emission—rather than more complex structures that rely on the use of combination of blue, green and red emissive materials—designed to emit a more operationally stable and pure white light than other lighting technologies.

Achieving this requires the design and utilization of a unique class of emissive materials that can produce a blue emission in a single molecular form and produce an orange emission with two molecules stacked on each other. The precise control of both the blue and orange emissions can produce a high-quality white light for indoor illumination.

If successful, the new OLED devices will be less complicated and less costly to manufacture, and offer increased efficiency and longer lifespans because they would need less power to operate. That accomplishment would effectively pave the path to relatively rapid commercialization, Li said.

The endeavor is a challenging, but Li is confident his team has the multidisciplinary range of expertise to attain its goal. With Li, several graduate students and a postdoctoral researcher, they bring expertise in materials science and engineering, chemistry, physics, electrical engineering, process engineering and mechanical engineering.

Li also is helping ASU colleagues to further expand their own lighting research and he’s pursuing related work as one of the principal investigators for the ASU-Army Flexible Electronic Display Initiative and as a leading researcher in the university’s Center for Photonics Innovation and the Advanced Photovoltaics Center.

Universal Display Corporation will help with building device prototypes and with product testing.

“By applying the combination of knowledge from these fields, we expect to make important progress,” Li said.

The new OLEDs would not emit ultraviolet (UV) light, which will not only enable clearer vision but also will prevent eyestrain that often results from continuing exposure to the UV light emitted by current devices, he said.

Such OLEDs will particularly benefit museums, art galleries and similar places, since UV light inhibits the human eye in clearly discerning color variations and the texture of objects. Over time, UV light also actually dulls colors of paintings by causing slow decomposition of the paints and other materials.

Li’s capabilities in the area of organic semiconductor research have been well established during his nine years at ASU.

His research papers have been published by high-profile international journals such as Advanced Materials and Angewandte Chemie (Applied Chemistry). According to the Web of Science, a scientific citation indexing service, four of Li’s publications have been in the top one percent of cited research papers for the same publication year and the same research field.

Most impressively, Li and his collaborators have generated a significant number of intellectual properties. Nine patents have been issued based on the research and development at ASU, and almost 40 patent applications are pending— which cover the areas of molecular structure design, device architecture, device fabrication method and product prototype design for OLEDs and organic solar cells. 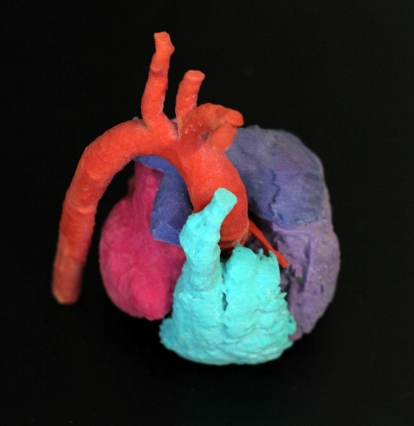 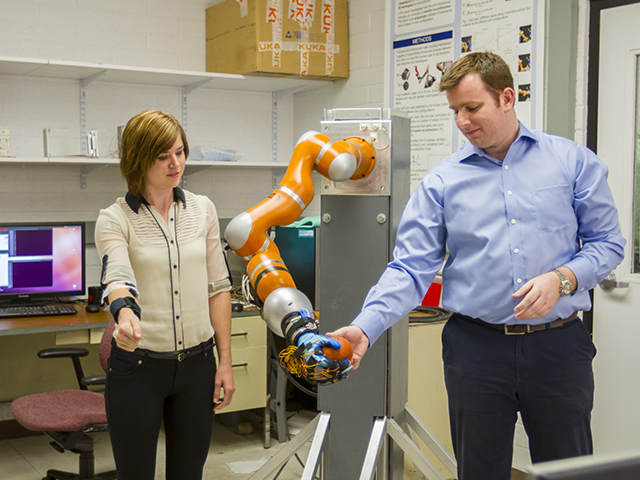 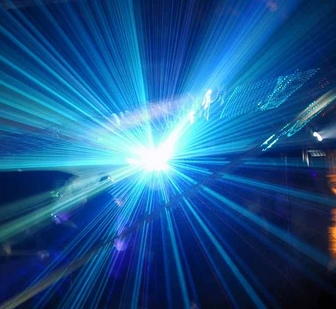 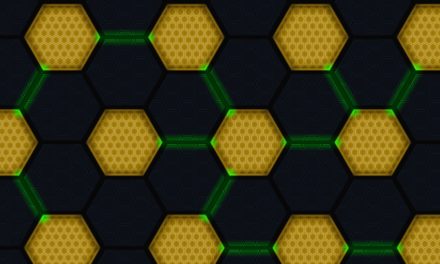