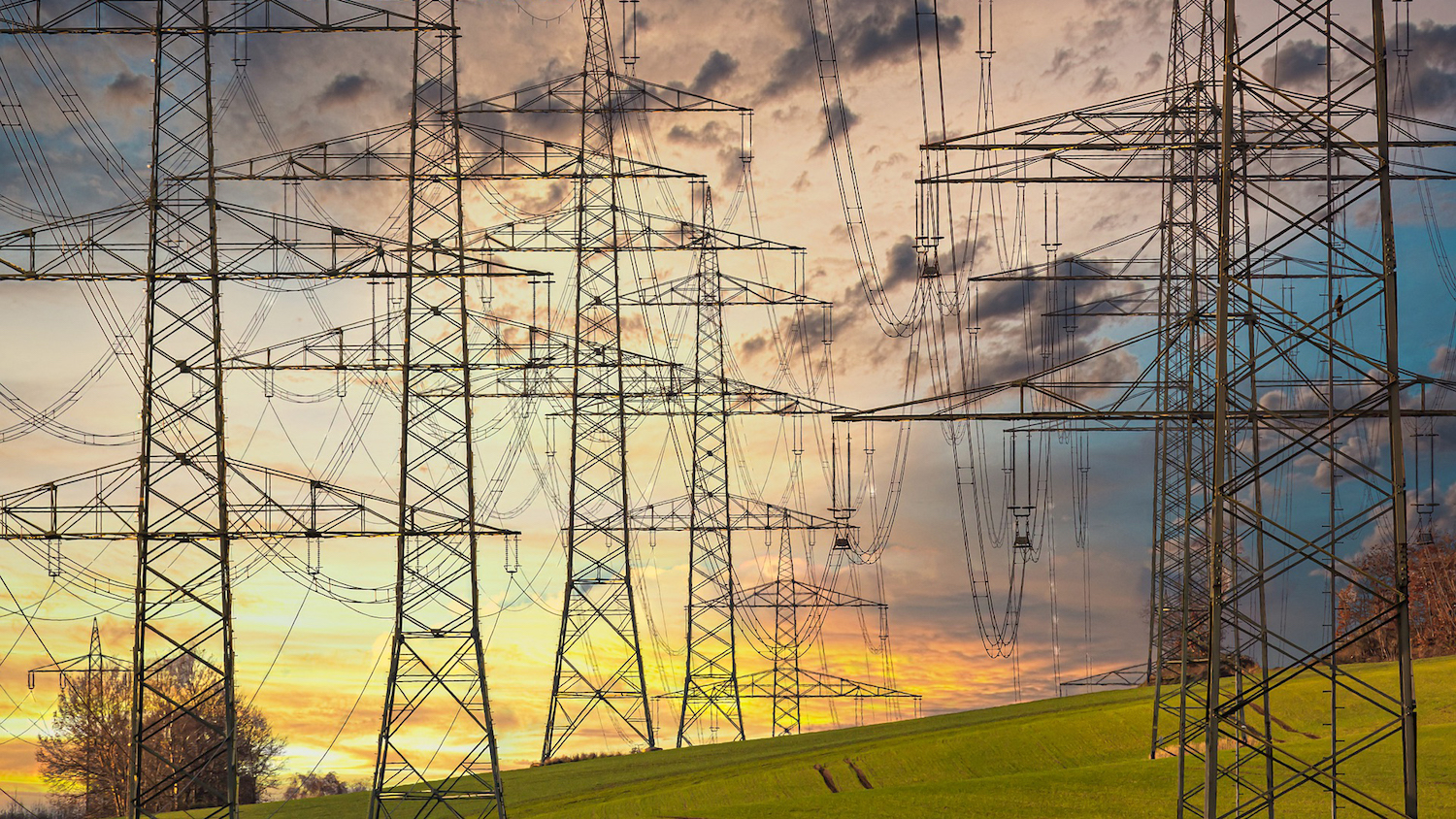 Above: The new Institute for Data-Intensive Research funded by the National Science Foundation and led by Lalitha Sankar, an associate professor in the Ira A. Fulton Schools of Engineering at Arizona State University, will apply advanced data and information sciences to developing ways to make electric power systems more efficient, reliable and secure. Photo courtesy of Pixabay

Electric power systems provide power for 90% of all homes, businesses and public facilities in the United States. But these systems are experiencing heightened unpredictability due to increasing demands for greater efficiency and renewable energy, as well as for resilience to natural events and defense against cyberattacks.

To address these challenges, the energy industry is deploying new intelligent GPS-synchronized phasor measurement units, called PMUs, or synchrophasors, to continually observe and manage the health of electrical grid networks.

In contrast to older monitoring systems, PMUs — which obtain data at very high speeds and from many spatial locations on the grid — promise responses to both natural and malicious events and outages at much faster timescales.

But the sheer complexity of processing the large quantities of data provided by this new monitoring system has become a major limitation on incorporating new PMU technology for real-time, split-second decision-making.

Finding solutions to such technological shortcomings could potentially avert so-called cascading power failures like those that have fanned out across large regions of the United States in recent decades, including the Northeast Blackout of 2003, the second most widespread power outage in history. Caused by a software bug at an Ohio energy company, the blackout spread across eight states in the Midwest and eastern U.S. and into Canada, affecting about 45 million people and causing about 100 deaths.

The effects of climate change, including hot weather, have been factors in some outages, such as the Southwest Blackout that started in Arizona and percolated to Mexico and Southern California in 2011, affecting almost three million people, causing business losses estimated in the tens of millions of dollars and threatening water infrastructure.

To ensure a future of tougher, more robust and secure power generation and distribution, the National Science Foundation is bringing together experts in cutting-edge information sciences, machine learning, artificial intelligence, cybersecurity and power systems engineering to establish the Institute for Data-Intensive Research at Arizona State University in collaboration with a leading researcher at Texas A&M University. 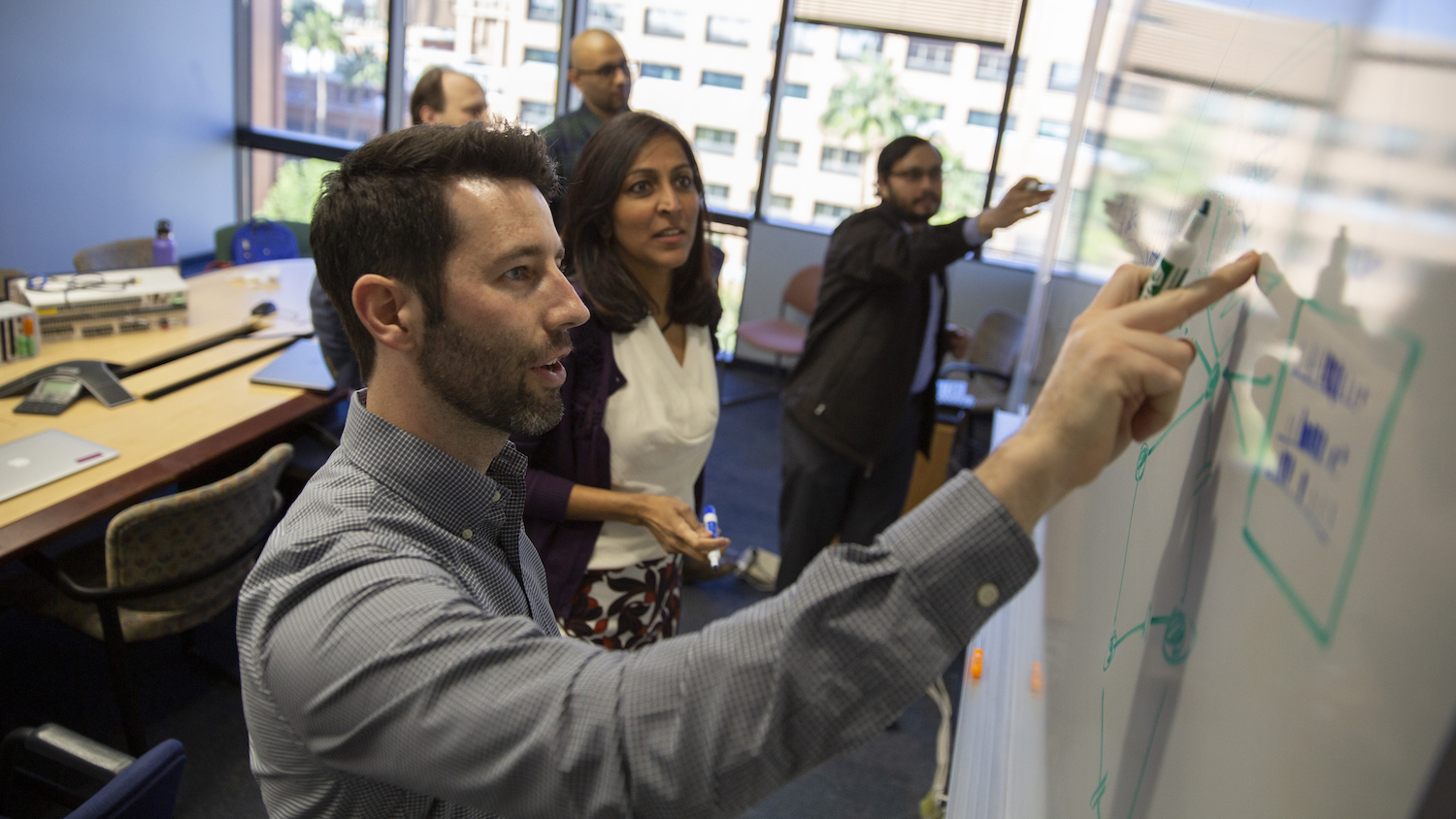 Lalitha Sankar, an associate professor of electrical, computer and energy engineering in ASU’s Ira A. Fulton Schools of Engineering, is leading the endeavor.

The team is working to “develop real-time data processing algorithms and visualization methods that can both detect and alert operators to abnormalities as they occur — a much-needed technology presently absent at such fast PMU timescales,” Sankar says.

“We need electric power systems to have as much accurate real-time data analytics as possible. We don’t want to be doing forensics that determine the cause of problems only from gathering evidence after the fact,” Sankar says. “We want to see patterns in the data that help predict what’s starting to happen on a grid. We also need to visualize these patterns to the operator succinctly and meaningfully to further aid the operator in distinguishing between normal and abnormal operations.”

In pursuit of these goals, Sankar will apply her expertise in information theory, statistics, learning theory and cybersecurity of cyber-physical systems to study and devise models for large data systems. Her four ASU co-principal investigators at ASU and one at Texas A&M University will provide an array of skills in engineering and science essential to the mission.

Le Xie is a professor of electrical and computer engineering and assistant director of the Texas A&M Energy Institute at Texas A&M University.

Kosut specializes in network information theory, focusing on network security, including smart grid cybersecurity. Dasarathy’s expertise is in the design and analysis of algorithms for extracting intelligence from data, especially in networked systems. His algorithms will help increase knowledge about the statistical relationships between various elements of power grids to predict anomalies and failures before they happen.

Additional knowledge in the field of critical infrastructure analysis and protection will come from Pal, including monitoring and control, energy modeling for power systems and smart grids, with an emphasis on synchrophasor data analytics. For the project, Pal will devise methodologies to ensure the quality of data, identify power systems equipment failures and define characteristics of errors in synchrophasor data. 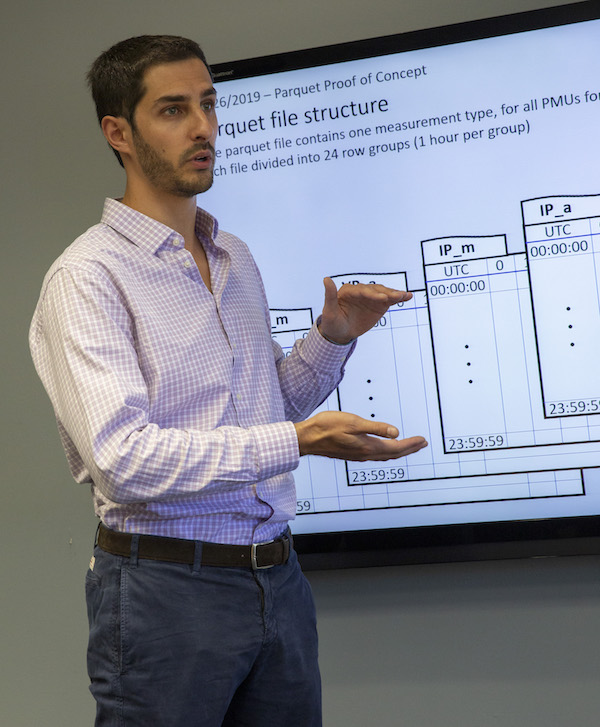 Electrical engineering doctoral student Andrea Pinceti gives a presentation on the data architecture for storing 100 terabytes of phasor measurement unit (PMU) data for fast and easy access. The architecture is integral to the work of the new Institute for Data-Intensive Research to address energy industry challenges. Photographer: Connor McKee/ASU

Bryan’s expertise is in information visualization and human-computer interaction. He will develop the visual analytics platform for the project to better illustrate and understand power grid failure events, as well as identify cybersecurity threats to grids.

Xie is a prominent leader in mining big data — examining very large data sets to show patterns, trends and relationships — to produce analytics for improving the efficiency of power systems.

Xie will use machine learning techniques to create sets of manufactured data, called synthetic data, that enable probing deep into the underlying physics and other inner workings of electrical power production.

The new institute’s progress “will be important not only for modernizing power system infrastructure but can also ensure a high quality of secure electricity as society transitions to low-carbon energy sources, like solar energy, to protect our environment,” Xie says.

In particular, Sankar, Kosut and Dasarathy will use a combination of theoretical tools and large datasets to develop algorithms for detecting and replacing noisy and/or lost PMU data.

“This key first step will then be refined to detect specific kinds of disruptive events [in power grids],” Kosut says. “When malicious cyberattacks can replace true measurements with fake ones that mimic natural events, it can potentially wreak havoc. It is crucial to detect such counterfeits as soon as they occur.”

Dasarathy adds, “With our team’s access to high-speed PMU data from a large U.S. utility, we have an extraordinary opportunity to significantly further emerging research in machine learning by identifying events as they occur in large physically connected networks using graphical learning techniques. That this work could potentially be incorporated eventually into real-time operations would be the icing on the cake.”

The PMU telemetry can also enhance grid operations by predicting network topology parameters not over just months or years, as is presently done, but over seconds and minutes.

While there are many new challenges in designing machine learning algorithms for high-frequency spatio-temporal PMU data, the new institute’s researchers have already begun tackling a major problem in this area: that of storing nearly 100 terabytes of data they’ve received from an industry partner efficiently and effectively.

“This project has taken on a life of its own and our expertise can serve as a blueprint for utilities that are struggling with storing and accessing streaming PMU data,” Sankar says.

This particular effort is led by Bryan, who will work with experts in ASU’s Research Computing, chief research information officer Sean Dudley and scientific software engineer Gil Speyer, to identify and implement a database architecture relevant to the overall objectives of Sankar’s team.

“Demonstrating our database and concise, interpretable visualizations in time for the first meeting of the project’s principal investigators in late April is keeping the researchers up for hours at present,” Bryan says.

The data-driven system that the ASU and Texas A&M researchers want to design can provide real-time information to power grid operators. Such information and operator immediate actions can potentially prevent fast-moving electrical blackouts in the first place or at least minimize their spread.

PMUs were developed more than three decade ago, but Pal says utilities generally don’t yet have the algorithms needed to use them as and when the data arrives. Sankar and her research colleagues hope to change that.

The daunting challenge is “that we have very large sets of data that we will need to carefully parse through to identify meaningful patterns based on temporal and spatial correlations,” Sankar says.

“We cannot simply stream all this data we are capturing. We need to streamline it so we can precisely encapsulate the relevant information and visualize it in ways that clearly illustrate what the data can tell us.”

The ultimate goal is for power grids to have built-in systems for producing real-time analytics, enabling control centers to speedily assess and react to situations with efficient remedies for emerging malfunctions or potential security hazards.

“The bottom line is that the public will see more resilient electric power systems,” Sankar says, “with less chance of anything bad happening and few, if any, blackouts or interruptions. Plus, a grid that is very fast at predicting and identifying the first signs of disruptive events.”

The new institute’s project is part of the NSF’s Harnessing the Data Revolution Big Idea program, so the NSF expects new data science and engineering solutions to come out of the Institute for Data-Intensive Research. The results will impact in other areas trying to cope with complex streaming data challenges, especially in manufacturing, smart buildings and transportation networks. This work could lead to a larger institute to expand data-based solutions for critical infrastructure networks.

Sankar emphasizes that none of these projects would be possible without the many small data sets and one very large data set her team members can access through their participation in the Power Systems Engineering Research Center, or PSERC, a self-sustaining consortium of 12 universities and more than 25 industry partners, originally funded by the NSF and currently led by ASU.

The research team at ASU and Texas A&M plan on sharing their findings with industry and academic partners. They also plan on organizing educational outreach events for K-12 students. In particular, through the Fulton Schools Young Engineers Shape the World, or YESW, program they plan to introduce basic concepts in data science via simple hands-on interactive sessions to high school students, including to those groups that are underrepresented in engineering. 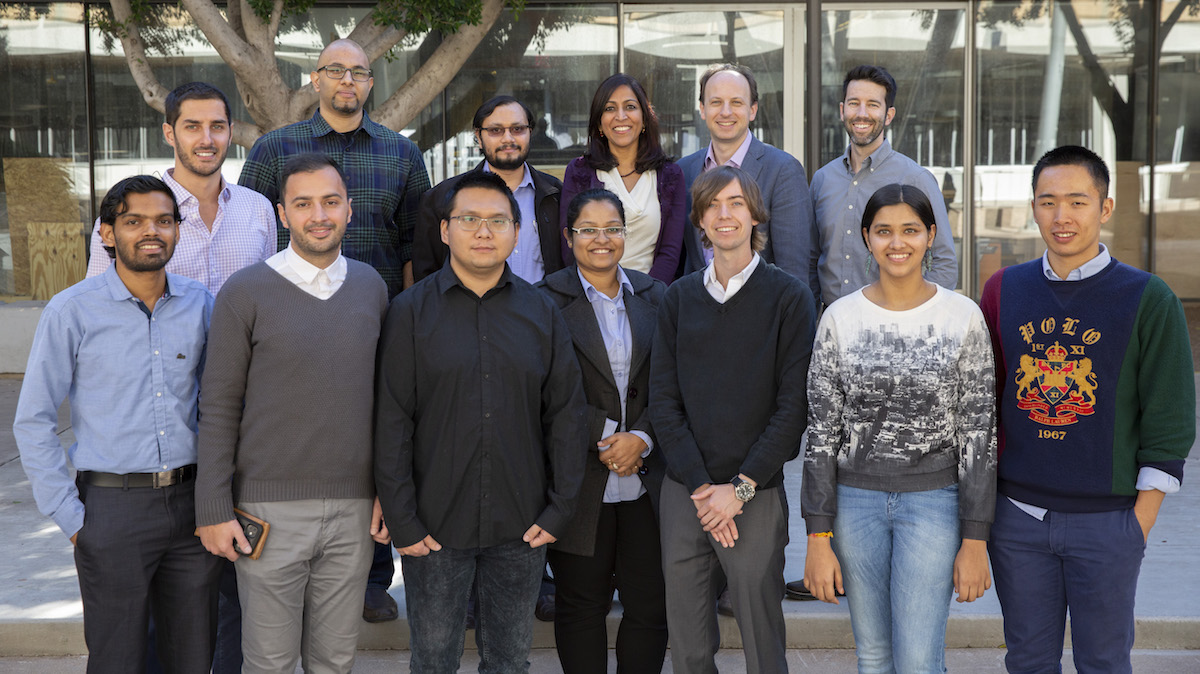 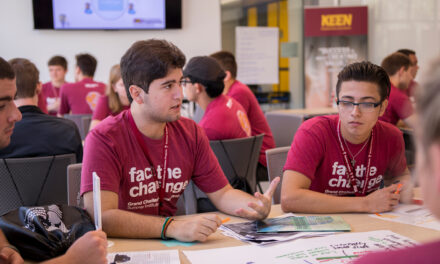 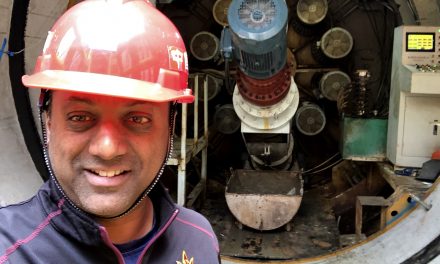 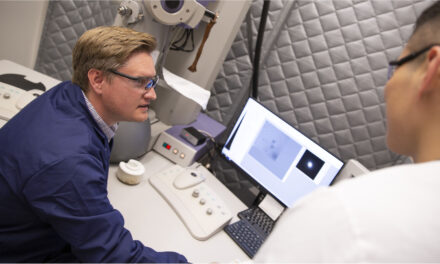 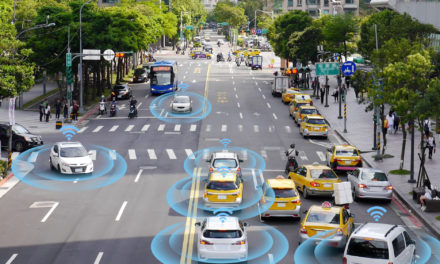 Forecasting the future of mobility