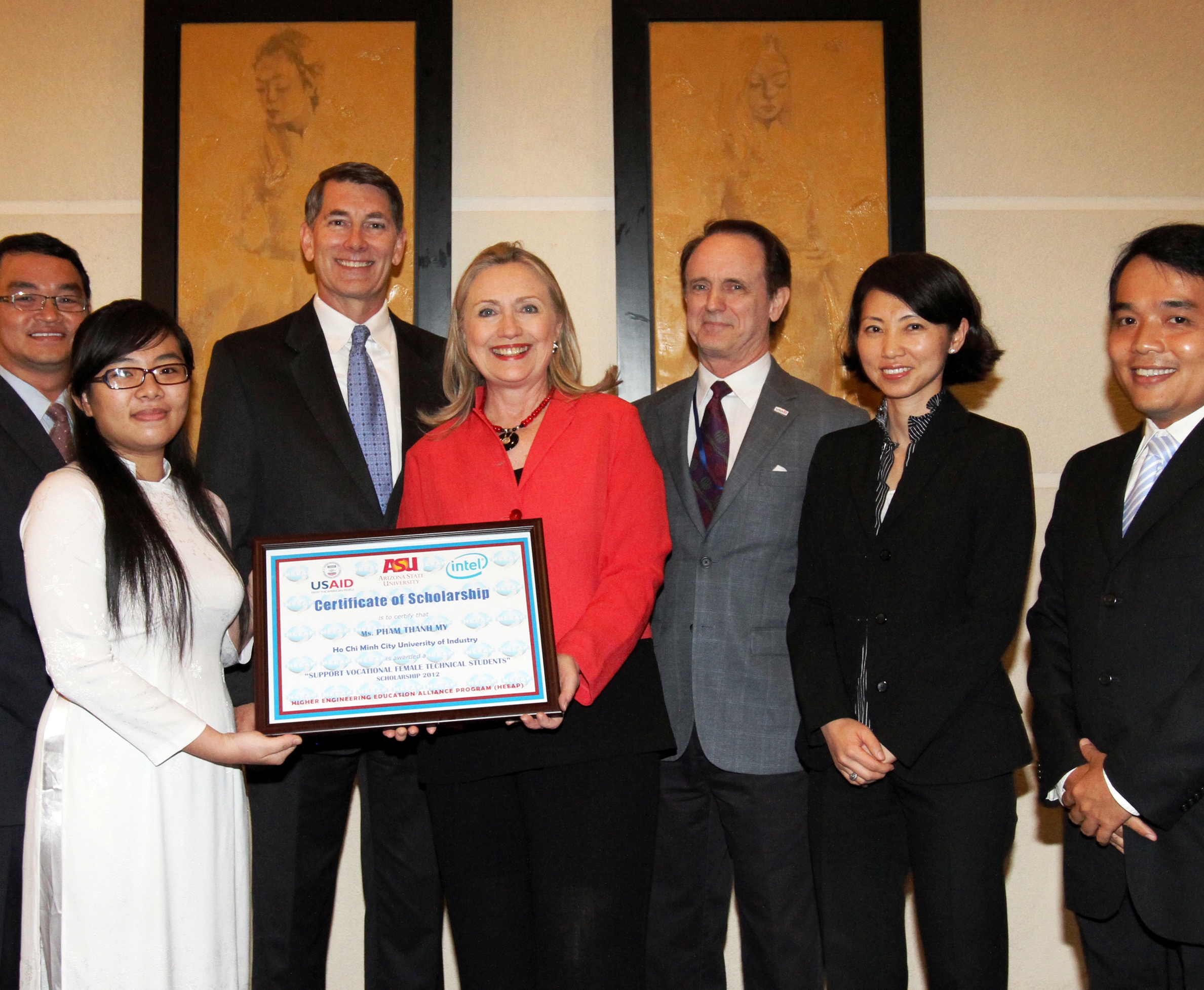 U.S. Secretary of State Hillary Clinton has pointed to an educational outreach partnership of Arizona State University and Intel Corp. as a prime example of innovative efforts to expand global economic opportunities.

In remarks earlier this week at an American Chamber of Commerce reception in Hanoi, Clinton spoke of the program that aims to help Vietnam’s universities and technical schools modernize its engineering education, and to lay ground work for future education, research and business collaborations between U.S. interests and Vietnam.

Clinton hailed the Higher Engineering Education Alliance Program (HEEAP) as the kind of public-private enterprise needed to produce an educated workforce prepared to compete for jobs in a 21st century economy.

See the full text of Clinton’s remarks to business, government and education leaders.

HEEAP was established in 2010 with a $5 million grant from the United States Agency of International Development (USAID) and Intel, the leading multinational semiconductor chip  and microprocessor maker. The program is administered through the Office of Global Outreach and Extended Education (GOEE) in ASU’s Ira A. Fulton Schools of Engineering.

To date the program has enabled more the 100 faculty members at Vietnam engineering schools to be trained in new instruction methods, both at ASU and in Vietnam.

Earlier this year ASU and Intel renewed a joint commitment to help to expand the program. The new agreement provides resources to increase the number of faculty members receiving training in the HEEAP education model.

It also is supporting development of a distance-education network enabling students at multiple campuses in Vietnam to take courses simultaneously.

“This is an evolving relationship between the U.S. and Vietnam to enhance teaching, learning and discovery and support strong economic development,” ASU President Michael Crow said at the time the new agreement was finalized.

This summer the program is expanding it partnerships with Vietnamese universities and colleges by training 50 additional Vietnamese educators at ASU and more than 200 in Vietnam, said Jeff Goss, director of Global Outreach and Extended Education.

In her remarks, Clinton noted a recent addition to the HEEAP effort, a scholarship program designed to bring more women into engineering programs. The first scholarship recipient attended the event. She is to be the first of several hundred women expected to receive support through the scholarship program in the next five years.

Goss said an additional 20 scholarships for women will be announced on July 17 in Hanoi to further develop a pipeline for women to enter engineering and science fields.

Since its inception, the HEEAP alliance has been joined by Portland State University’s Maseeh College of Engineering and Computer Science, and industry partners Siemens, Danaher and Cadence. 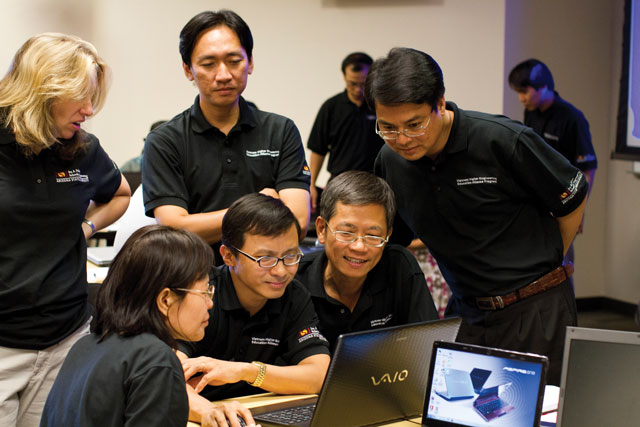 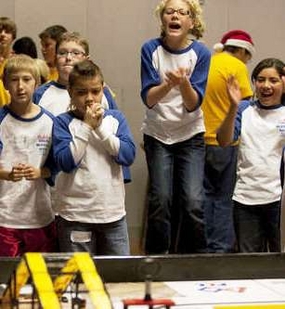 Youngsters and their robots explore how engineering meets medicine 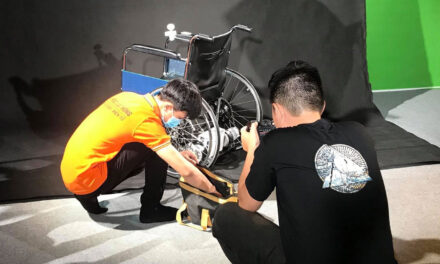 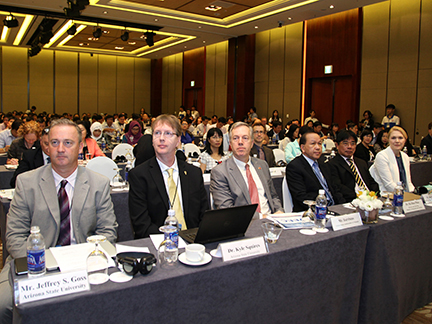 Education, government, industry alliances give root to innovation in Vietnam