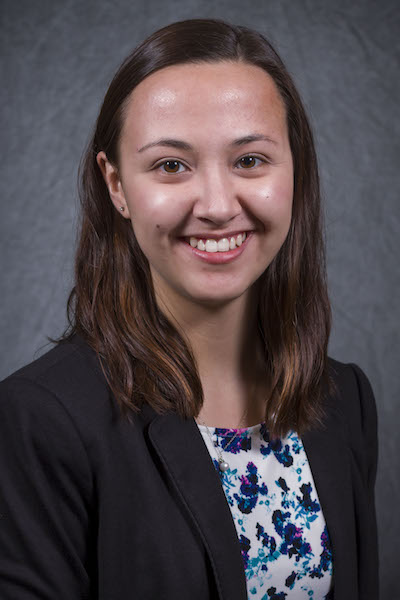 Victoria Gonzalez is captivated by process thinking. She compares different routes to minimize travel time in her daily life, and different sequences of tasks to more efficiently tackle her to-do list. Consequently, Gonzalez says industrial engineering is the academic discipline that most closely matches her personality.

“It’s traditionally thought of in terms of manufacturing or production,” she says. “But the ability to frame a system algorithmically extends its application to health care, finance, retail and more. It’s everywhere!”

Reflecting on her time as a student in the Ira A. Fulton Schools of Engineering at Arizona State University, Gonzalez says she particularly values her project for the Fulton Undergraduate Research Initiative, known as FURI.

“My work helped develop a multiple linear regression model that identifies significant factors in overall energy consumption among generalized production industries,” she says. “It was such a great experience to explore data science in that context. It’s one of the most promising aspects of industrial engineering.”

Gonzalez also says she appreciates how creativity played a key role in that project, and how industrial engineering applies different approaches to research compared with other disciplines.

“It has shown me the importance of optimizing the whole rather than just component parts,” she says. “Also, the merging of ideas from different specialties enables the creation of something truly meaningful.”

Gonzalez says she feels indebted to the network of faculty and peers with whom she worked during her time at ASU, and she firmly believes their input played a key role in her success.

After graduation, Gonzalez plans to pursue a master’s degree in data science and analytics. Her professional aspirations include becoming a leader in decision strategy development to support industry in making important transitions seamlessly.