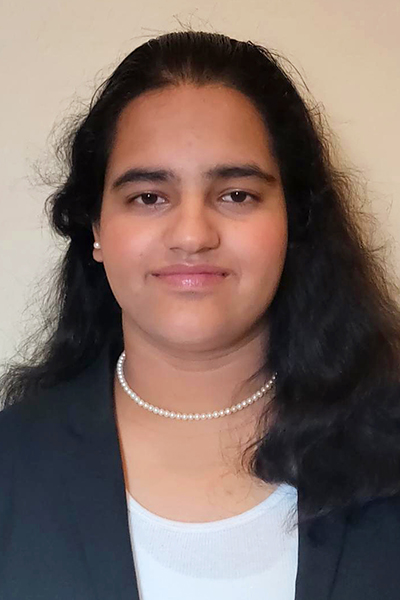 Shuchi Sharma is captivated by discovery. As one example, she enrolled at Arizona State University to study biochemistry, but then quickly changed her major to computer science after falling in love with coding during her final months of high school.

“I always knew that I wanted to be pre-med,” she says, “but then I discovered computer science as this vast and diverse field that perfectly intertwines math and science and more to yield innovative applications across every arena of life, including medicine.”

The decision proved to be a good one. Sharma has flourished amid the complexity and challenges represented by her courses and projects within the Ira A. Fulton Schools of Engineering. “Completing them was extremely satisfying and confidence-boosting,” she says, “but also preparatory for the real-world projects on which I hope to work in the future.”

When asked about mentors who have supported her at ASU, Sharma enthusiastically rattles off more than a dozen names. “As the saying goes, it takes a village,” she says. Sharma appreciates each of them for the optimism and dedication that have inspired her to keep growing into the best version of herself.

Sharma’s best version is thoroughly impressive, including service as a vice president for Women in Computer Science, as a finance director for the Barrett Mentoring Program at Barrett, The Honors College, as a research assistant for an ASU microbiology lab and as a volunteer Spanish interpreter at the St. Vincent de Paul Medical Clinic.

Even with such broad involvement, Sharma says that the process of discovering who she is and who she can grow to become may represent the most significant achievement of her time at ASU. “And that includes what I learned from all those things we don’t really put on resumes,” she says, referring to rejected applications for internships and jobs, as well as projects that did not go according to plan.

“Those experiences taught me that I have limited time and resources, and that I need to choose my priorities,” she says. “At the same time, I learned how to become more resilient and confident. And ASU has provided me with the resources to realize my dreams.”

Following graduation, Sharma will be attending The Ohio State University College of Medicine.

“I would like to become a physician researcher,” she says, “working at the intersection of medicine and computer science, possibly in global health with Doctors Without Borders. But I’ll see where my career takes me.”