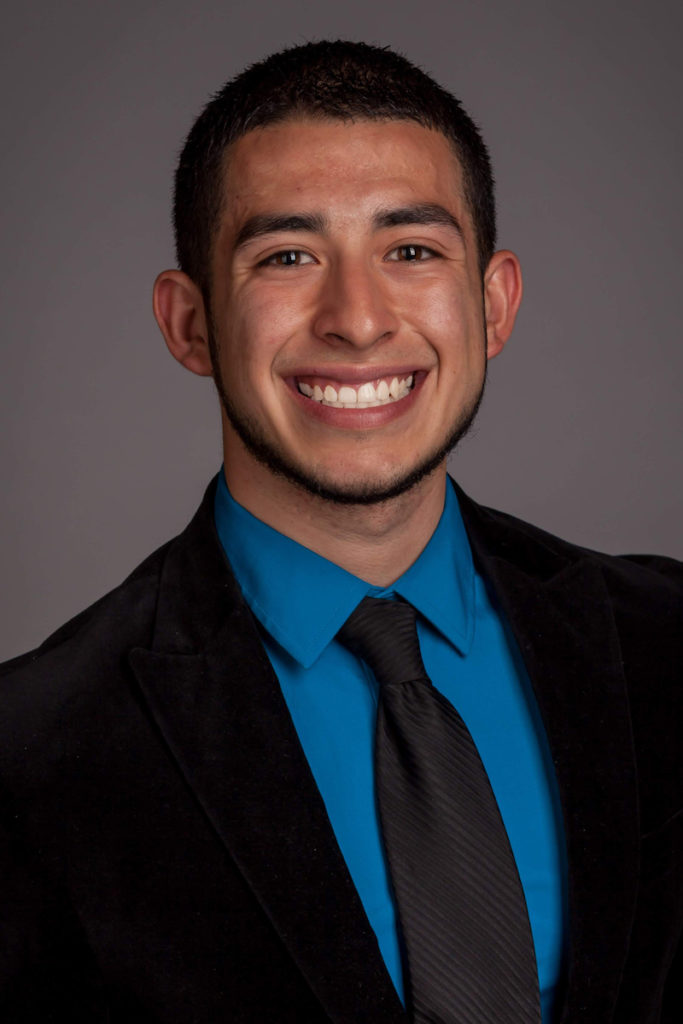 Raised in San Luis, Arizona, Ian Cervantes decided to stay relatively close to home to study human systems engineering, a branch of engineering that focuses on people and their behavior.

“My major is a blend of psychology and engineering, which are two areas I’m highly interested in,” says Cervantes, a recipient of the Provost New American Scholarship. “I chose Arizona State University because it has one of the best engineering programs in the nation.”

As an Ira A. Fulton Schools of Engineering student, Cervantes earned a place on the Dean’s List each semester of his academic career, while also being involved in campus activities.

In 2017, Cervantes played defense on ASU’s men’s soccer club team and began working at the Sun Devil Fitness Complex as a kids’ camp specialist. He also started working as an intramural manager beginning that August.

Even with a full class load and those added responsibilities, Cervantes continued to play soccer recreationally at least four hours every week and watched soccer whenever he had the time.

“Playing soccer helps with stress,” Cervantes says. “When I play, I forget about everything else. Those four hours are precious to me. If I have meetings or other appointments, I book them around those four hours.”

In the summer before his senior year, he began working as a social media analyst at Cognizant, a corporation that provides IT services, including digital and consulting services.

“As a social media analyst, we look at reported content and make sure it doesn’t violate policy. Human systems engineering plays a role in it,” Cervantes says. “We gather, analyze and utilize relevant data to develop ways to improve the overall user experience of the site.”

After graduating with his bachelor’s degree, Cervantes will continue his studies for another year as he works toward his master’s degree in human systems engineering as part of ASU’s 4+1 accelerated master’s program.