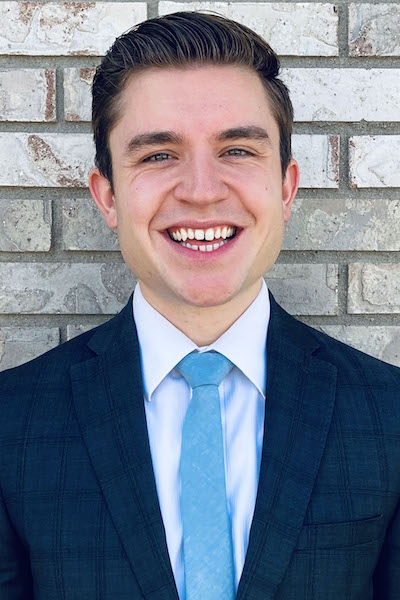 When Benjamin Murphy was selecting a degree, he wanted to choose a field that was constantly evolving. He also wanted to get involved in an industry where he could make a difference and continue learning.

Engineering checked all of his boxes and Arizona State University was at the top of his list.

“Almost every aspect of our lives relies on math and science, whether we realize it or not,” Murphy says. “From driving our cars to throwing a Hot Pocket in the microwave.”

As an undergraduate student, Murphy was a New American University scholar and a Prina Family Scholarship recipient. He also maintained dean’s list status every semester.

During his time at The Polytechnic School, one of six Ira A. Fulton Schools of Engineering at ASU, Murphy participated in Devils in Disguise, Formula SAE and was also a member of the Latter Day Saints Student Association where he served in a leadership role.

In addition to academics and extracurricular activities, Murphy interned with MD Helicopters where he led several projects.

“At MD Helicopters I worked with a team to create a 3D model of their single engine helicopter,” Murphy says. “I was tasked with compiling the necessary parts for the helicopter, assigning them to engineers and ensuring the parts were assembled correctly.”

Once Murphy picked a specialization in mechanical engineering systems, additive manufacturing caught his interest and became the focus of his capstone project. He and his group members sought to lighten the weight of a compressor stator without sacrificing its performance.

“It seemed that everything that could’ve gone wrong, did,” he says. “Yet through adversity and trials, we ended up learning more and were able to make the most of our capstone experience.”

“His passion and joy for teaching helped me understand the material,” Murphy says. “He taught me how to be a better student and engineer.”

After graduating, Murphy will continue his education at ASU by pursuing a master’s degree in manufacturing engineering with the goal of exploring additive manufacturing even further. Eventually, he aims to join the aerospace or automotive industry, preferably in Arizona.

“Additive manufacturing and design are taking leaps and bounds in the engineering industry,” Murphy says. “And with those skills under my belt, I plan to shoot for Mars.”