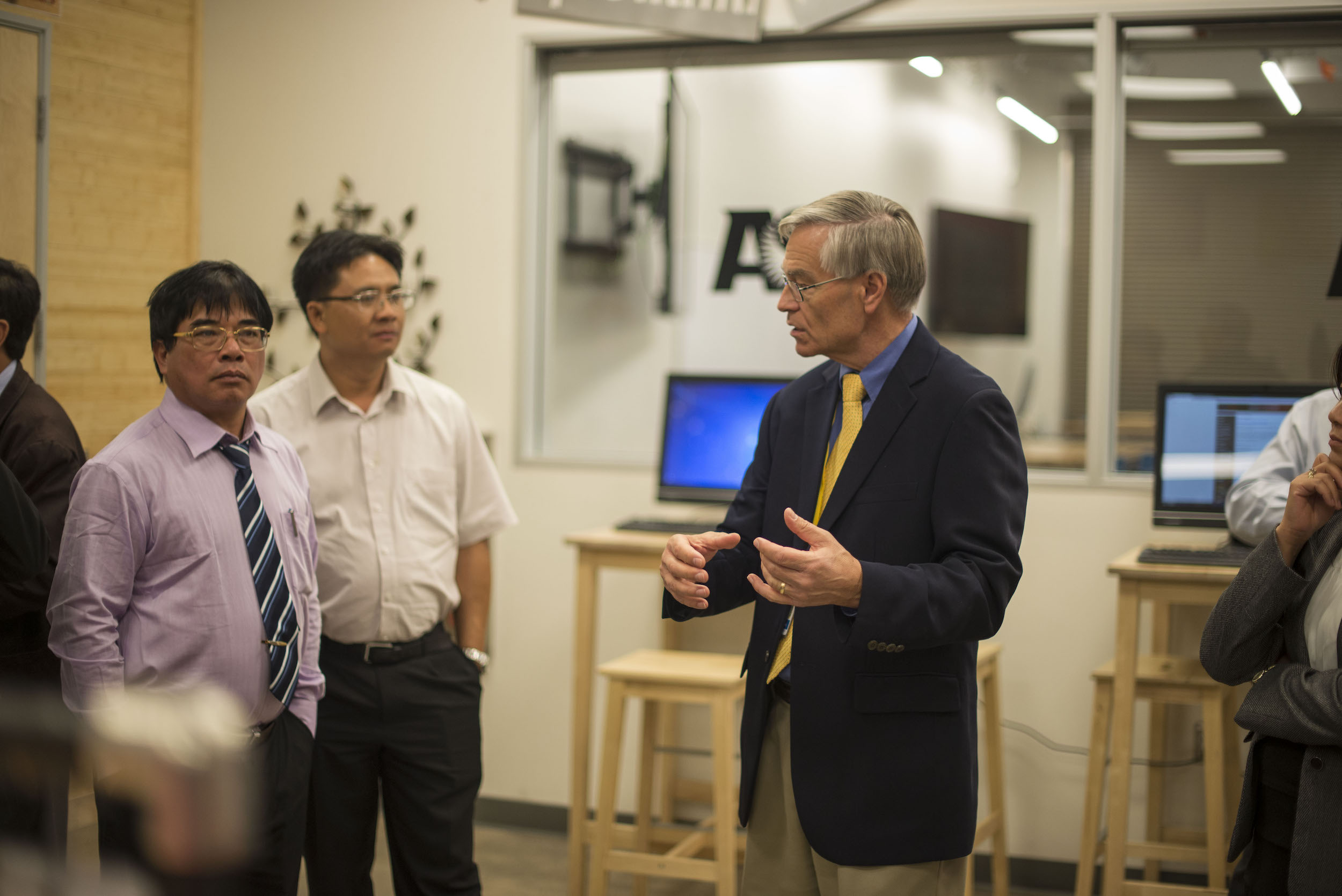 Above: Scott Danielson gives a tour of the TechShop in the ASU Chandler Innovation Center, a workshop and fabrication studio open to ASU students. As part of his role on the American Society of Mechanical Engineers Vision 2030 project, Danielson was an advocate for introducing the maker movement to university students to help prepare them for industry roles. Photo captured prior to the pandemic. Photographer: Jessica Hochreiter/ASU

Scott Danielson, an associate professor in the Ira A. Fulton Schools of Engineering at Arizona State University, was recently named a Fellow of the American Society of Mechanical Engineers for his contributions to mechanical engineering education.

More than 3,000 members of ASME have attained the status of Fellow, including several faculty members in the Fulton Schools. To be eligible, nominees must have at least 10 years of ASME corporate membership, 10 years of active practice in engineering and be responsible for “significant engineering achievements.”

Danielson, a registered Professional Engineer who has been a member of ASME since he was a student, has more than 40 years of experience both in industry and academia. He has held leadership roles in ABET, the American Society of Engineering Education, the Society of Manufacturing Engineers and ASME. He also worked as a program evaluator with ABET for both ASME and SME.

“What led to this Fellow status was not from strength of research like many other Fellows,” Danielson says, “Mine was more through service in the organization. I’ve worked on various committees within ASME in addition to being an academic.” 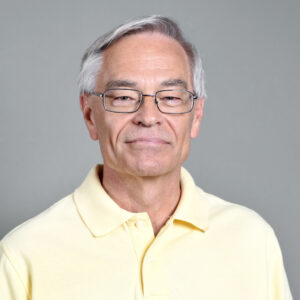 Danielson served as co-editor on the ASME Vision 2030 Task Force from 2008 to 2013, where he worked to update the standards for mechanical engineering education based on industry needs to better prepare graduates for future careers.

“Out of that, we created a set of recommendations, which people take for granted now,” Danielson says. “It wasn’t so much that students needed to know certain subjects they weren’t already educated on; it was more about how [engineering] programs delivered that content. One of the key recommendations from industry was that students need more opportunities to make and learn how things are made. Now, hands-on projects as well as on-campus spaces for students to build those projects are pretty common.”

Over the last decade, universities such as ASU and the Georgia Institute of Technology have evolved from having small student spaces for prototyping to entire buildings dedicated to hands-on design projects based largely in part on ASME’s recommendations.

“When I was in school, mechanical engineering education was very theoretical,” Danielson says. “It didn’t have very many labs, the maker movement hadn’t even been conceived yet, and I didn’t get a lot of experiential education. I had a really good theoretical education, but then I went into industry and it was readily apparent how little I knew that mattered in those jobs.”

Danielson also received the Isadore T. Davis Award for Excellence in Collaboration of Engineering Education from ASEE in 2020, which honors awardees who have made a significant impact on improving partnerships between engineering education and industry.

In industry, Danielson worked myriad roles, including as a machine designer, maintenance supervisor and plant engineer for a startup manufacturing operation. He also spent time in the military doing civil engineering-related jobs.

His role in academia began in 1985 when he enrolled at North Dakota State University for his doctoral degree after leaving an industry role. He subsequently joined their faculty in 1990.

Nine years later, he came to ASU as a department chair for the Mechanical and Manufacturing Engineering Technology Department, which later became the Department of Engineering Technology. In 2012, he became an associate dean at ASU and later took on a role as an associate professor in The Polytechnic School, one of the six Fulton Schools, in 2015.

During his decades of experience as an educator as well as through his work with ASME, Danielson has gained a greater understanding and appreciation for teaching students to be excellent mechanical engineers.

“Mechanical engineering education is never going to leave the theory behind, nor should it,” Danielson says. “One of the things we learned in Vision 2030 was that industry expected graduates to have a good understanding of the fundamentals. But they also wanted them to have more experience with how things are made and how things work.”

Being named a Fellow is “quite an honor I did not expect,” Danielson says. “When I look at the people who came before me who have been named Fellows, I feel lucky. Most of what I’ve done I’ve accomplished because I was working on a team. I’ve been lucky to have worked with good people.” 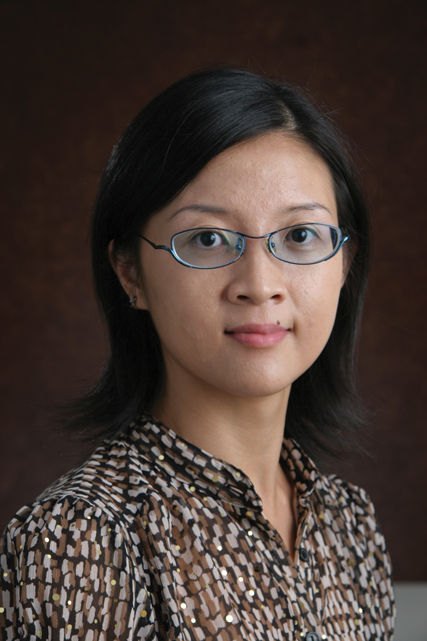 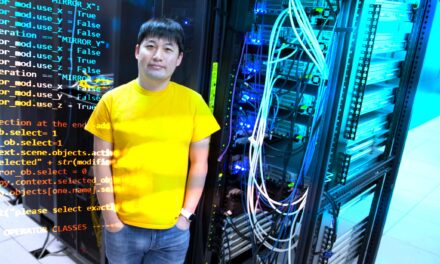 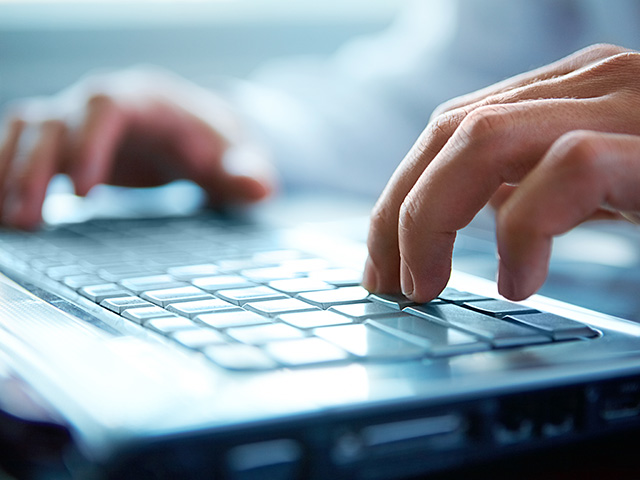 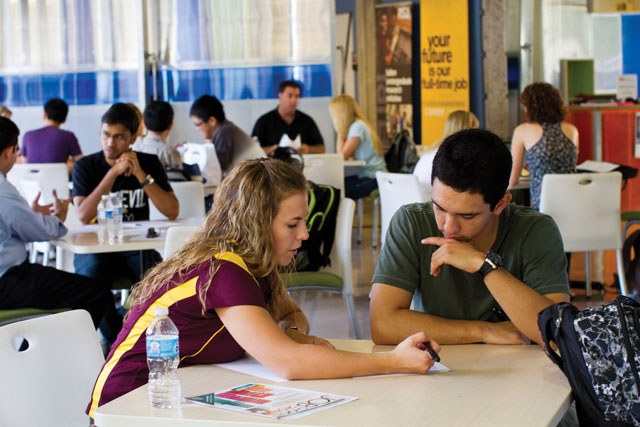