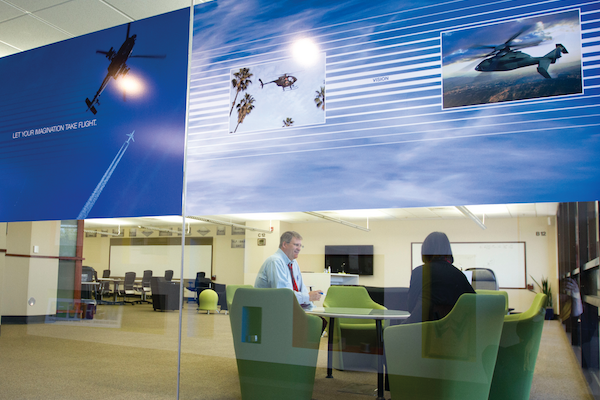 The Boeing Company recently opened an innovative new workspace at their Mesa facility that was inspired, in part, by engineering facilities at Arizona State University.

The 4,000 square foot Vertical Lift-West Innovation Center had its ribbon cutting ceremony December 2013. It is the first of several “innovation cells” to be developed at various Boeing locations.

In July 2013, Pari Griffith, manager of Facilities and Planning at Boeing Mesa, and several other project administrators visited ASU’s Tempe campus to tour various facilities used by students in the Ira A. Fulton Schools of Engineering. Their goal was to glean some ideas that would inform the construction of the new Innovation Center.

“We wanted to see how Fulton Engineering constructs innovative and collaborative spaces for their engineering students,” said Griffith.

Two spaces that particularly captured Boeing’s attention were the eSpace design, integration and prototyping studios and the Engineering Student Center at the Tempe campus.

These spaces were both introduced at a time when the Fulton Schools were making a significant effort to transform the engineering learning experience.

Boeing was interested in these spaces because, like their Innovation Center, they focus on bringing people together to create and innovate while offering a built environment that “stimulates the brain to be more creative,” said Griffith.

Similar to the Engineering Student Center, the space is broken up into work areas that provide seating and countertop space for individual and group work.

“To date we have had project ideas ranging from aircraft concepts to new manufacturing techniques for our operations areas developed at this facility,” said Ritter. The site has even attracted Boeing special project teams from other sites that work for consecutive days, insulated from the everyday distractions of their regular job environment.

Griffith says they walked away from their facility tour at ASU with the idea to implement an outdoor component that takes advantage of the beautiful Arizona weather, similar to the patio space behind the Engineering Student Center. “We also realized the value of making these spaces visible from all sides and centrally located,” said Griffith.

The eSpaces epitomize visibility, with glass-paneled walls that allow passing students to see the hands-on engineering projects being developed by freshman students in their introduction to engineering courses, garnering attention for engineering at ASU.

The eSpace studios are part of a larger initiative that brings innovative, hands-on learning experiences to students throughout their education.

Drawing from eSpace, Boeing also implemented writeable glass walls and tabletops that make collaboration easy and accessible. “We walked away from our tour with great concepts and ideas that were modified to t our particular work environment,” said Griffith. This includes using colors and circular construction techniques that recall aircraft designs.

Other notable features include chairs that resemble Boeing 787 first- class airplane seats and a collaborative group space that features a computer and 70-inch plasma touch screen.

These new spaces are just one of the ways that Boeing connects with and benefits from their strong relationship with the Ira A. Fulton Schools of Engineering.

Boeing representatives frequent engineering career fairs and industry events at ASU “allowing college students to get an idea of what Boeing is all about from several perspectives,” said Collins.

This familiarity helps students recognize the areas they need to focus on if Boeing is the type of company they want to work for. “Our presence at ASU results in interns and graduate new-hires who are ready to perform as junior engineers as soon as they step foot on a Boeing site,” said Collins.

This gives ASU hires a unique confidence as they interact with their mentors and new teams at Boeing, said Collins. “It’s a win-win situation.” 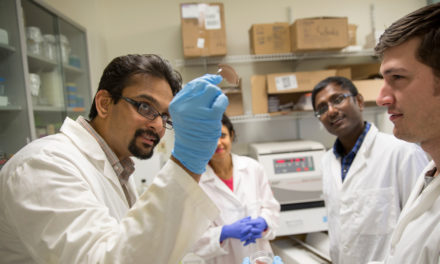 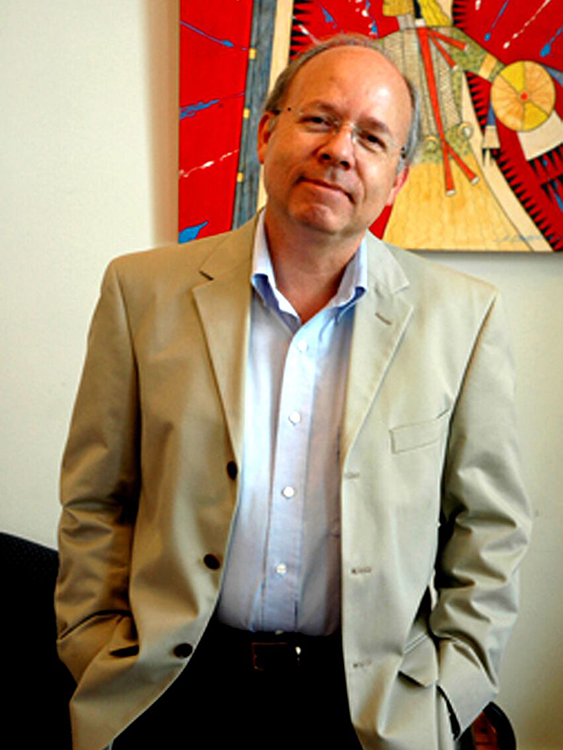 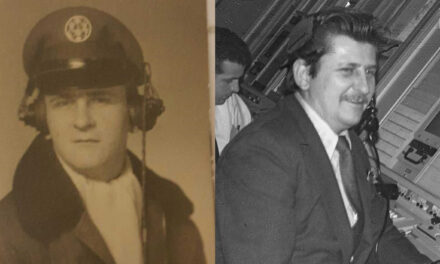 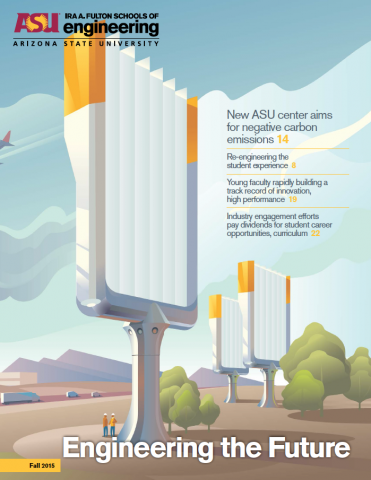