Above: Alexandra Navrotsky has returned to ASU to open the multidisciplinary Center for Materials of the Universe. Simultaneously, she is winning recognition for her career achievements from several major scientific organizations. Photograph: Mary Zhu/ASU

Most people would consider 50 years a remarkably full career and an appropriate time to retire. Most people are not Alexandra Navrotsky.

Navrotsky is a “new” professor for both the Ira A. Fulton Schools of Engineering and the School of Molecular Sciences at Arizona State University. Although it may be more accurate to refer to her as returning faculty, since she began her work as an assistant professor at ASU in 1969.

During the subsequent decades, she has received a vast array of significant awards for her efforts at ASU, at Princeton as well as at the University of California at Davis. And the most recent examples of her many honors are typical of those bestowed on exemplary senior science researchers.

In March, for example, Navrotsky was celebrated by the European Materials Research Society as the 2020 Jan Czochralski Award winner for eminent achievements in the field of materials science. She also recently had a mineral named after her in recognition of significant contributions to the field of thermochemistry. Navrotskyite is a rare, beautiful crystalline complex of alkali uranium sulfate discovered at a mine in San Juan County, Utah.

Navrotsky now is being awarded a 2020 Distinguished Life Membership by The American Ceramic Society. It is the highest honor accorded by the professional organization in recognition of significant contributions to advancing ceramic and glass science.

“I jumped for joy,” Navrotsky says about the moment she learned of her selection. “The news arrived alongside that of several other honors, so it was just amazing.”

Navrotsky’s colleagues are equally pleased about her selection.

“This ACerS award is well-deserved since Dr. Navrotsky has been truly instrumental in understanding and optimizing the microscopic structure and macroscopic thermodynamic behavior in minerals, ceramics, and complex materials,” says Lenore Dai, director of the School for Engineering of Matter, Transport and Energy, one of the six Fulton Schools

Though most exciting for Navrotsky is that her work continues to support the vanguard of her field. The Distinguished Life Membership award she has secured will be presented during the annual Materials Science and Technology Conference in Pittsburgh this coming October. At the same event, she will be presenting one of the best new papers acknowledged this year by The American Ceramic Society.

“It’s always a great feeling to be recognized for your current research,” Navrotsky says. “In this case, we obtained a set of thermodynamic measurements looking at glass exposed to a range of conditions. We proved that a previous generation of researchers were correct in their measurements, even though they had far less-accurate tools and techniques to apply compared to now. It’s nice because it shows that good work stands the test of time.”

Navrotsky’s enthusiasm for good work has been a consistent aspect of her entire career. She fondly recalls her first role, five decades ago, as an assistant professor of chemistry at ASU.

“It was a tremendously exciting time to be here. The university was growing and fields like electron microscopy were just getting started,” she says. “We had a wonderful group of young people working with senior scientists who were deeply interested in solid state research. I really had no idea how helpful that first job was going to be in propelling me forward in ceramics and so much more. It was just great.”

Navrotsky is equally excited about the opportunities presented by her return to ASU this past October to open the Center for Materials of the Universe, a collaborative research and education initiative of the School for Engineering of Matter, Transport and Energy, the School of Molecular Sciences and the School of Earth and Space Exploration.

“We are at a historic moment, where advanced research tools in the laboratory, computation, remote sensing and space exploration are leading to paradigm shifts in understanding the universe and in creating new complex materials and technologies.”

Additionally, the new Center for Materials of the Universe synergistically unites multiple fields of science and engineering to lead these new discoveries and address significant technological challenges.

“ASU is uniquely poised to pursue this effort because of a long and successful history of collaboration of astronomers, geoscientists, chemists, physicists, materials scientists and engineers,” Navrotsky says. “I am excited and energized to have helped develop the ideas that culminated in this center and now to lead it.” 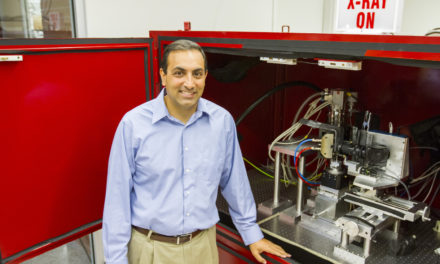 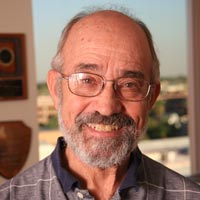 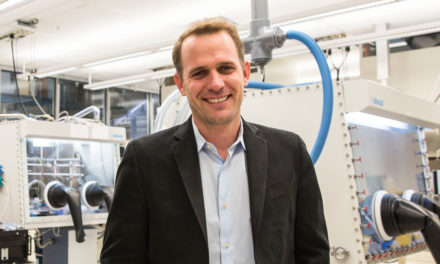 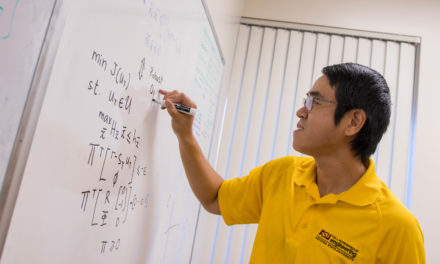