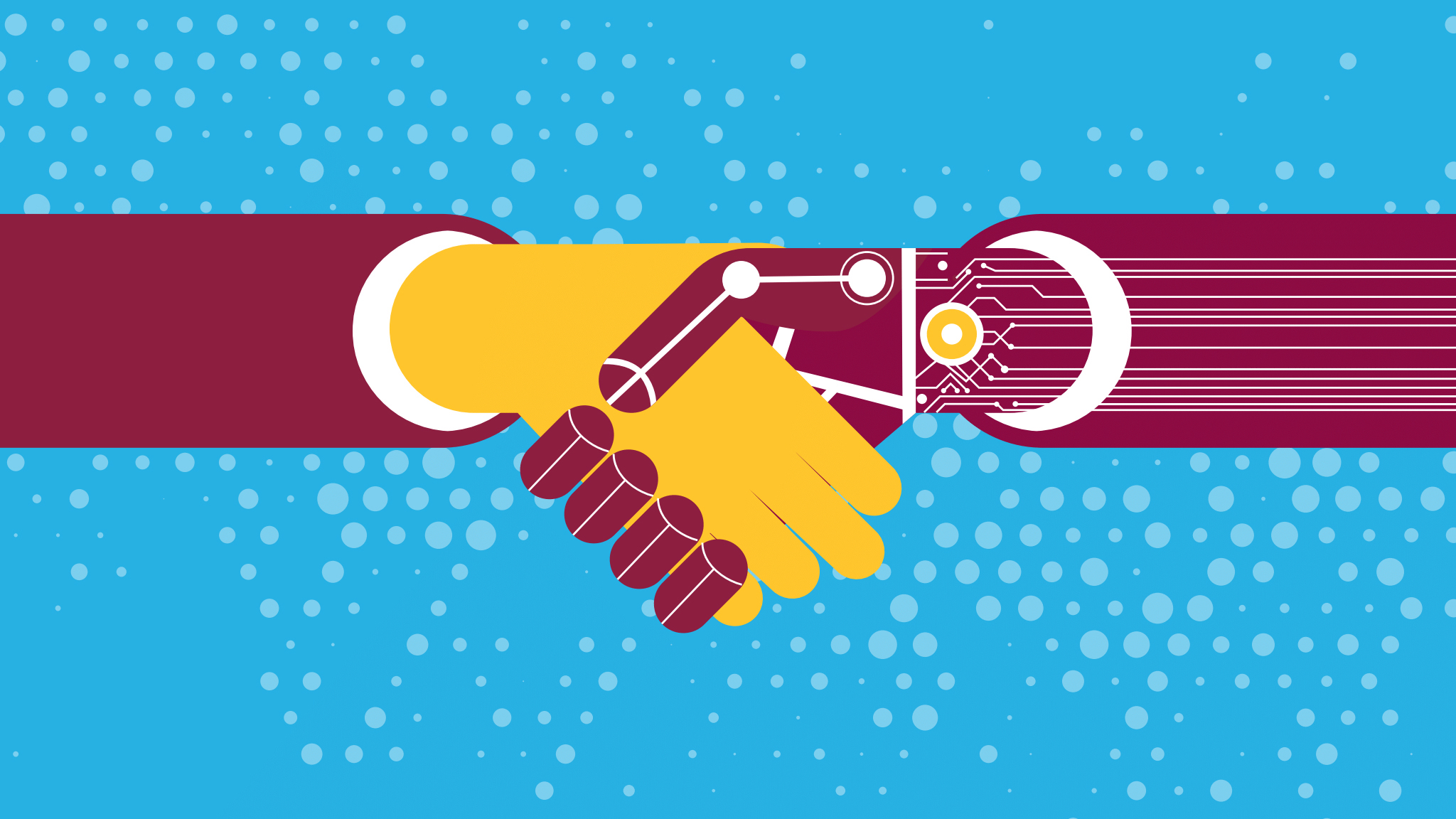 Above: With support from a National Science Foundation CAREER Award, Yu “Tony" Zhang, an assistant professor in the Ira A. Fulton Schools of Engineering at Arizona State University, will work to boost our capabilities to collaborate with robotic technologies. Zhang foresees a world of productive possibilities springing from closer human-robot partnerships. Graphic courtesy of Shutterstock

Engineers and scientists can envision a future of increasingly productive interactions between humans and robots. At present, however, they also see obstacles to achieving dependably harmonious working relationships with robotic technologies. 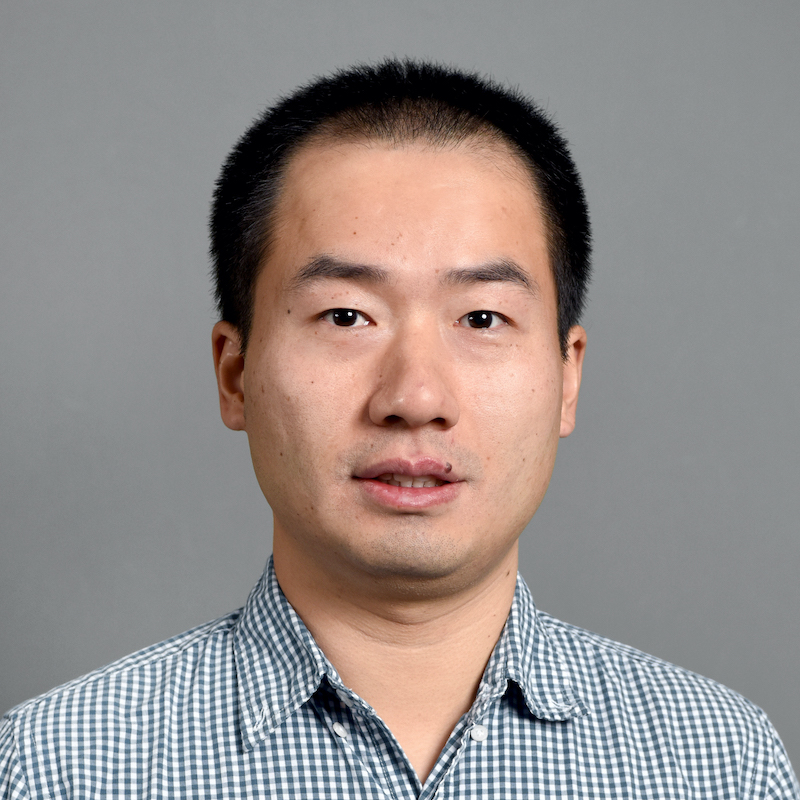 Yu “Tony” Zhang, an assistant professor of computer science and engineering in the Ira A. Fulton Schools of Engineering at Arizona State University, wants to remove those roadblocks.

​Zhang’s progress in research on reflective robotics has recently earned a 2021 National Science Foundation Faculty Early Career Development Program (CAREER) Award to support his efforts to provide what he describes as an important “stepping stone to successful human-robot teaming.”

Reflective robotics is about formulating ways for humans and robots to better understand each other, focusing especially on humans’ understanding of robots. But to enable significantly more effective two-way communication and facilitate humans’ comprehension of robots will require “a new way of thinking about how to develop robotic systems,” Zhang says.

“Not only do we need robots capable of performing more kinds of tasks, we want robots to have an awareness of humans’ expectations of robots and be able to accommodate humans in learning and decision-making,” he says. “So, this is a new paradigm for robotics research.”

Globally, the shift to embracing more robotic technologies necessitates educating people who will be the users and, in some cases, partners of advanced robotic systems. 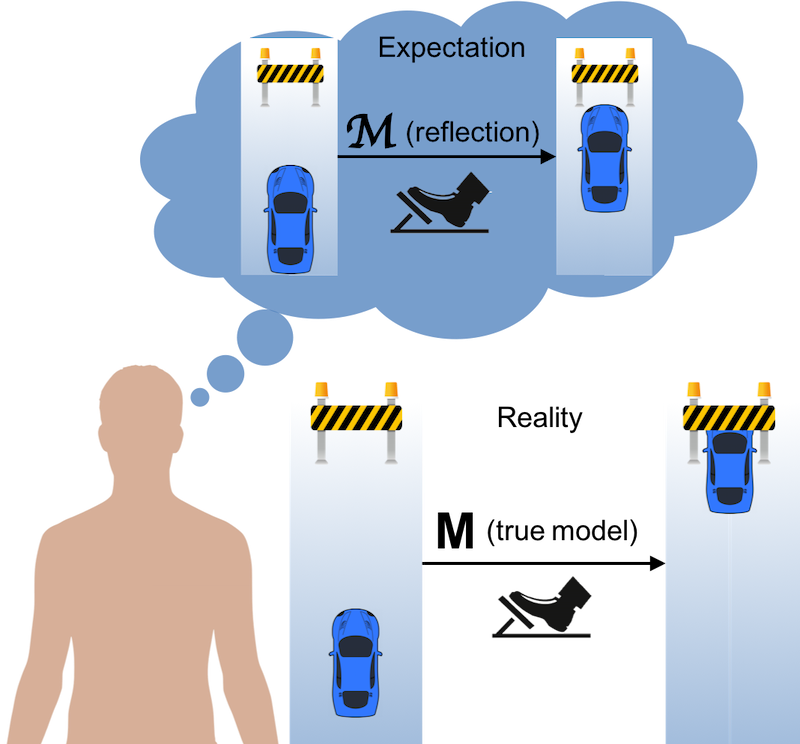 Increasing use of autonomous vehicles is one way robotics and artificial intelligence technologies will become more prevalent in our daily lives. One aspect of  Zhang’s research is illustrated by this graphic depicting a driving scenario involving a barricade set up on a snow-covered road. It shows dramatic differences in the perception and reaction of the human driver and the way the vehicle’s advanced AI would assess the environment and choose an alternative course of action to the driver’s instinctual response. Graphic courtesy of Zhang’s lab team

But as robots become smarter and more skilled — especially those equipped with ever more powerful artificial intelligence, or AI, technology — some people are certain to be uncomfortable, if not actually fearful of them, Zhang says.

This is why a strong emphasis of the research will be on how to foster a kind of mutual understanding and a sense of being “teammates” that would build trust between humans and robots, he says.

Should that aspiration be realized, Zhang anticipates a world with many more roles for robots.

“When AI is mature enough, I can foresee robotic technologies involved in more and more areas,” he says, “in manufacturing, in health care, in logistics of all kinds, in education and certainly in autonomous vehicles and other things that are part of our everyday lives.”

CAREER awards support faculty members early in their careers whose works shows their potential to become research and education leaders in their fields who will contribute to fulfilling the NSF’s mission to the nation’s interests.

Zhang’s award will provide almost $570,000 over five years to fund research aimed at propelling the evolution of human-robot compatibility, an objective that will mean engaging in community outreach to boost public confidence in robotic technologies.

A related educational aspect of the endeavor calls for him to make efforts to spark the interest of K-12 students in the hope that some may join the next generations of researchers in robotics-related science and engineering fields.

“We are still only in the first wave of robotics and AI that helps us in big, impactful ways,” says Zhang, who teaches in the School of Computing, Informatics, and Decisions Systems Engineering, one of the six Fulton Schools.

The next waves will emerge if and when newer and more versatile kinds of robotics are able to connect with humans on more intuitive levels, he says.

Zhang sees potential for that progress being made not only in large robotic machinery and industrial systems, but in micro robots, nano robots, biomechanical robots and robots with cutting-edge computing capabilities — all of them highly teachable and, in turn, able to teach us.

In short, we would lay the foundation for a robot-integrated reality — a reality, Zhang says, in which we will be all the better for having created. 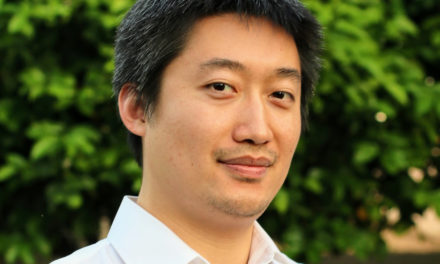