Kacey Richards is earning her second degree from ASU, after graduating in 2004 with a major in psychology and a double minor in religion and sociology. She worked as a Peer Mentor for 3 semesters and as a camp counselor at E2 for two summers.

Was there a particular “Ah-Ha!” moment when you knew that you were on the right path?
I had a class that involved a major project that was to be completed with a partner by the end of the semester. My partner stopped responding to all communication and instead of letting it get me down or freaking out about not being able to finish, I completed the project alone. The professor offered to put me with a different group and I turned down the offer because I wanted to prove that I could do it on my own. It was then I realized that I was on the right path because I was still just as excited about completing the project

Can you name a professor who was particularly instrumental in helping you grow as a student? How and in what way did they impact you?
The person who had the most impact on me was not a professor, but someone who guided me through my Peer Mentor experiences. Carrie Robinson is an amazing influence and has helped continually hone my leadership skills and contributions to the Fulton Peer Mentor program. Throughout my time as a Peer Mentor she has been my biggest cheerleader and a constant source of support.

What are your long-term career aspirations?
I want to be able to establish my career in a risk or incident analysis role in order to analyze computer incidents and be able to help prevent them in the future. I like looking under the hood to see what caused something to happen, and I want to be a part of continuing the constant challenge for cyber criminals having to try something new because my work made their technology obsolete. 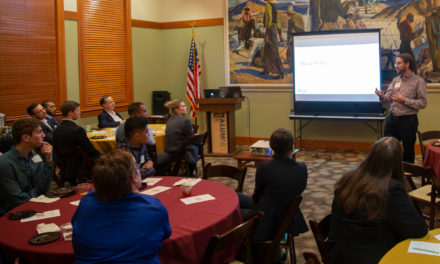 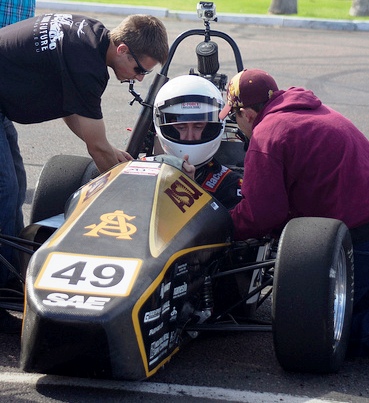 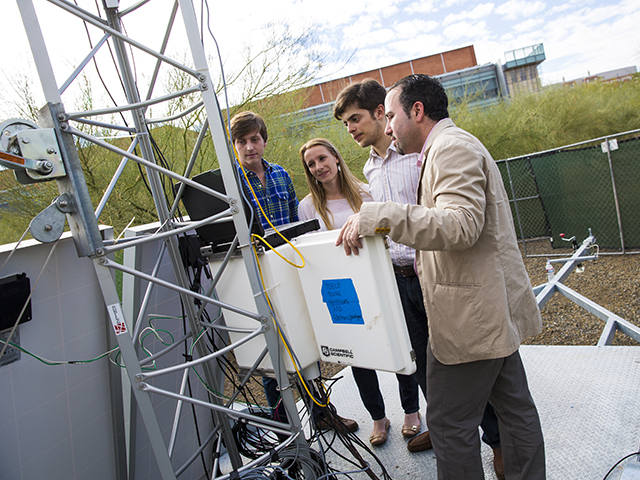