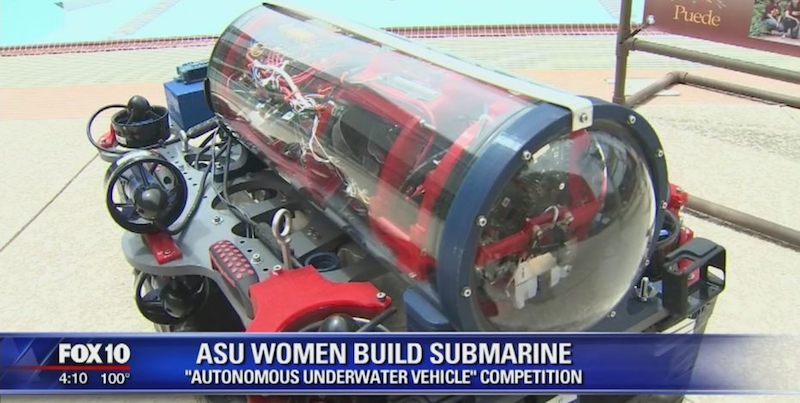 Among more than 50 teams from 12 countries, the all-female Desert Wave team of Fulton Schools students finished third in the recent 2019 International RoboSub competition. That made Desert Wave the highest-placing team from the United States. Robots entered in the competition were designed to help gather knowledge in underwater environments that could pose dangers for people. The team composed largely of freshman students plans to return to the RoboSub event next year. Read more.