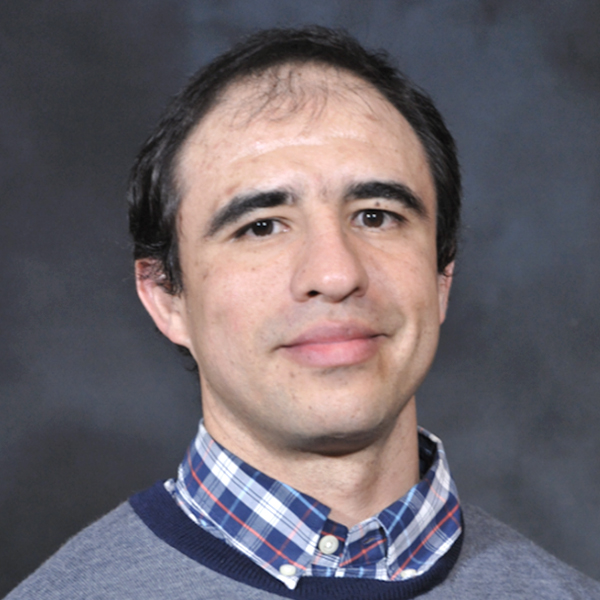 Ricardo Cruz-Lozano believes every place has its own particular culture and traditions. At Arizona State University, he sees a community of scholars who strive to continuously advance the knowledge and experience of its students — a place full of possibilities where he wants to be.

This fall, Cruz-Lozano joins the faculty of the School for Engineering of Matter, Transport and Energy, one of the seven schools in the  Ira A. Fulton Schools of Engineering at ASU, as a lecturer.

“I’m excited about joining a Hispanic-serving institution and contributing to further strengthen the diversity of the faculty in the college,” he says. “As a Latinx, I want to be part of an institution that has such a great impact in my community.”

Cruz-Lozano grew up around engineering, as his father is a civil engineer who took his children to see the construction sites where he worked.

“I always thought that it would be awesome to do what he did and collaborate in creating such big projects like dams and electrical substations,” says Cruz-Lozano, who also learned about construction machinery from his dad’s mechanical engineering friends. “I decided on mechanical engineering because of its broadness and the impact it has on every other branch.”

Since earning his doctoral degree in 2017, Cruz-Lozano has had a variety of teaching experiences at Texas Tech University; California Polytechnic State University, San Luis Obispo, the University of Texas Rio Grande Valley and as the Donald Wallace Visiting Assistant Professor at the military college Norwich University in Northfield, Vermont.

He also brings experience in interactive design and manufacturing from his graduate studies in Mexico and France, and industrial and systems engineering knowledge from his undergraduate education in Mexico.

“I want to share all those experiences with my students here at ASU, make a lasting impression on them and encourage them to move forward in their own college experiences,” Cruz-Lozano says.

Cruz-Lozano’s mechanical engineering students at ASU can look forward to learning from him in MAE 214 Computer-Aided Engineering I, MAE 201 Statics, and MAE 202 Dynamics.

“Come with a desire to learn and know that I value your effort,” Cruz-Lozano advises his students.

When he’s not in the classroom, Cruz-Lozano loves exploring the outdoors, which he says are never boring and always full of surprises. One of his biggest outdoor achievements is the opportunity to take on the Haleakala bicycle route in Maui, Hawaii, which involves a 10,000-foot climb in elevation over 50 miles.

“I’m proud of it because for me it was excruciating,” Cruz-Lozano says, “but I never gave up and was able to finish it.”