Quantum computing: When the right direction is random

Quantum computing: When the right direction is random 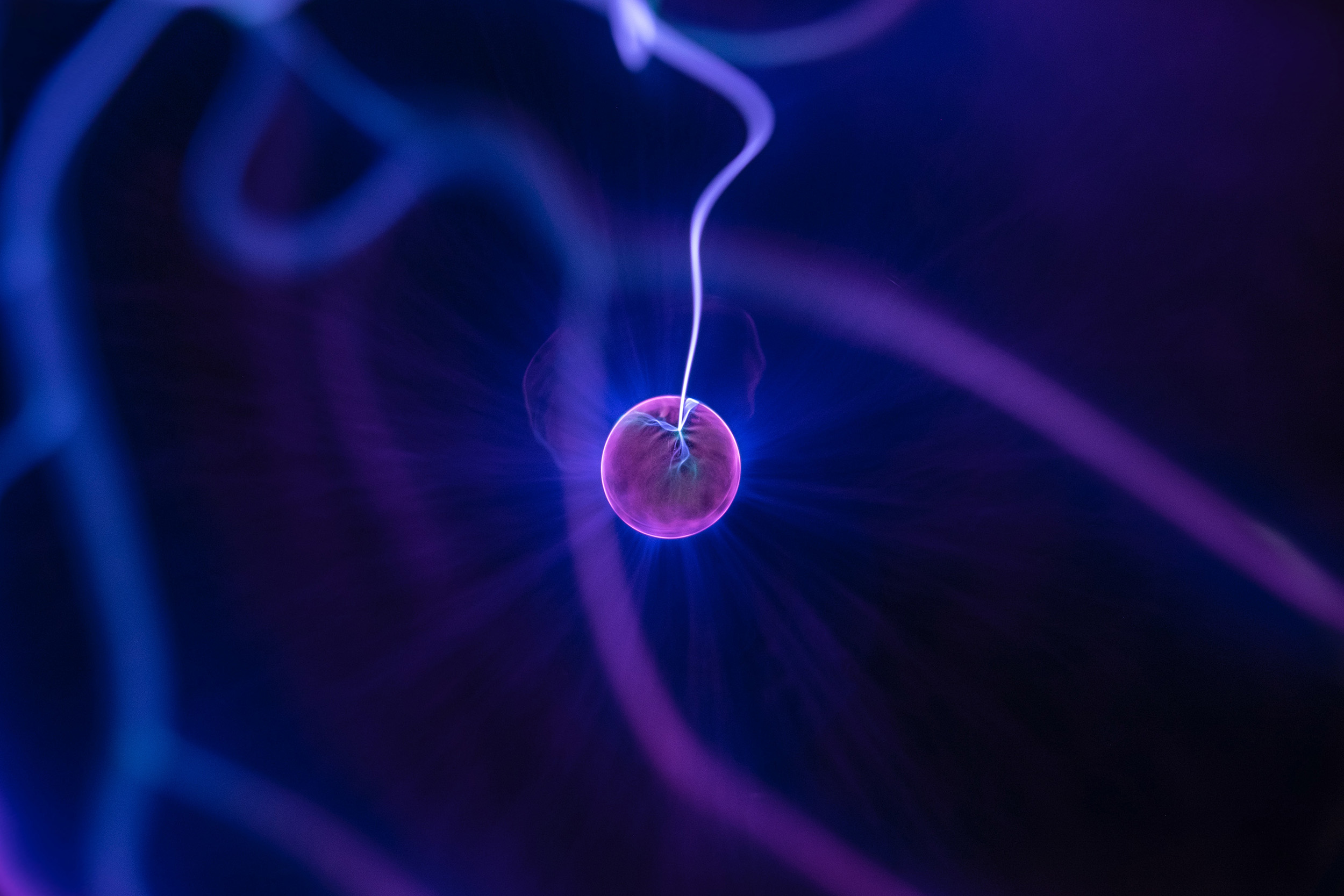 Assistant Professor of electrical engineering Christian Arenz and his collaborators at Virginia Tech are working to improve adaptive quantum computing algorithms. Adding randomness to the algorithms could be the key to guarantee a quantum computer produces the best possible solutions to problems. Photo courtesy of Unsplash

Christian Arenz wants to harness the yet untapped powers of quantum computing, an emerging field that sits at the intersection of computer science, physics and engineering. 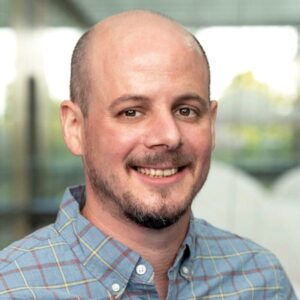 The assistant professor of electrical engineering in the School of Electrical, Computer and Energy Engineering, part of the Ira A. Fulton Schools of Engineering at Arizona State University, is working to develop new algorithms to enable advanced quantum computing capabilities in collaboration with Sophia Economou, the T. Marshall Hahn professor of physics at Virginia Tech.

Economou is the senior principal co-investigator on an $800,000 National Science Foundation grant funding the researchers’ work on the advanced algorithms. The project, called ExpandQISE, also includes the development of a textbook and training programs for teachers to introduce quantum science topics to students through more beginner-friendly instruction.

At very small scales, matter behaves according to the laws of quantum mechanics, which can lead to counterintuitive behavior. A common example of this is Heisenberg’s famous uncertainty principle, which implies that if we know a quantum mechanical object’s precise position, then its momentum is necessarily uncertain.

In the 1980s, questions and ideas began to emerge about what it would mean to create a computer out of quantum mechanical components — a quantum computer. Early work found that such a computer would be powerful for certain high-value applications, such as cryptography and quantum simulation.

These findings have ultimately motivated the surge of interest in advancing quantum computing technology we see today.

“Classical computers are based on bits, which can be zero or one, on or off,” Arenz says. “Quantum computing is based on qubits, which can exist in so-called ‘superposition’ states that are a combination of zero and one simultaneously. Qubits can also become entangled with one another, meaning that they possess correlations which cannot be explained classically.”

Quantum computing opens the door to a new paradigm of computing thanks to these uniquely quantum mechanical features.

The state of quantum computing today

Today, prototype quantum computers are under development at numerous institutions spanning industry, government and academia. These prototype devices can execute small, short computations, but their power remains limited by noise and errors in the system, which make it difficult to scale up to solve robust computational problems.

To face this challenge, hybrid quantum-classical algorithms have been developed that aim to get maximum performance out of noisy quantum computers by coupling them to a conventional computer and using both computers in tandem to solve a problem under consideration. Hybrid quantum-classical algorithms have been developed for a range of applications including optimization, quantum simulation and machine learning.

These algorithms have attracted significant attention in the quantum information science community in recent years, in the hope they will provide a computational advantage over traditional computing for solving a meaningful problem. So far, the only computations that quantum computers have been able to run faster than a traditional computer have no direct practical application.

By searching for the parameter values that best solve the problem under consideration, the hope is that these algorithms will find solutions to difficult societal problems, like optimizing limited resources such as food or medicine, in more efficient ways than solving problems using traditional computers and human brainpower.

However, quantum computing presents a big challenge: We often don’t know the structure of a quantum computation that will lend itself to effectively solving problems we care about, let alone the parameters that we enter into this structure, the researchers explain.

“The typical convention is to fix the specifications of a quantum algorithm and then use it to compute a solution,” Arenz says. “But when we do that, we can’t guarantee we’ll get the best solution.”

Arenz likens the situation to hiking a mountain. Just as a hiker may want to climb the summit — the tallest peak of a mountain — a user wants a quantum computer to output an optimal solution to a problem. It’s difficult for a hiker to judge the peaks’ heights by sight. They might think they’re at the highest mountain peak, but they can’t be entirely sure when other peaks look to be a similar height.

Likewise, Arenz says, a quantum computer’s solution could seem like the best, but there might be more optimal solutions the machine could produce.

Adaptive algorithms can be expanded by adding more “gates,” essentially running more calculations based on outcomes produced by a quantum computer. This expands the size of the quantum circuit as much as needed to produce the best possible result from a calculation.

“These adaptive algorithms provide a simulation approach that is tailored to the system that is simulated,” Economou says.

“Once you start to think about adding randomness, that’s the key,” says Alicia Magann, a Truman Fellow researcher from Sandia National Laboratories who is a collaborator on the project.

Randomness essentially shakes up what the computer is doing, giving the calculations a push toward the optimal outcome when performing calculations.

Arenz uses another hiking analogy: A hiker determined to reach a peak, encountering obstacles on their way up, will continue to find their way higher until they reach the top. The hiker will keep going to arrive at the highest peak, continuing to overcome obstacles. Once they encounter no more obstacles and the steep slopes level off, they know they’ve arrived at their destination.

Arenz says many people are scared off from studying quantum information science, which encompasses quantum computing, by the complex math involved. The research team is developing a new textbook and training to ease potential students and teachers into the topic.

“The textbook explains, with pictures, certain rules you need to introduce to explain how quantum computing works,” Arenz says.

Economou’s team at Virginia Tech is leading work to develop this textbook and its associated course for first-year undergraduate students.

In the K–12 teacher training programs, teachers will learn in summer programs how to educate students on quantum topics, and then expose their students to the field as part of their normal curriculum.

Like the college course, this quantum information science curriculum for K–12 students would focus on introducing the subject without immediately emphasizing complex math.

Arenz’s hope is to make an introduction to quantum science understandable for students from all backgrounds. At present, he says, the “scary” math usually takes up the first chapters of a quantum textbook, turning many students off from the complex subject matter.

As Arenz looks toward the future of quantum computing, he is excited about the opportunity that ASU has to expand knowledge in the field.

“You want to bring in different disciplines, and I think that ASU is an ideal place for doing that,” Arenz says. “Quantum information science is multidisciplinary, and you can find an expert in just about everything on this campus.” 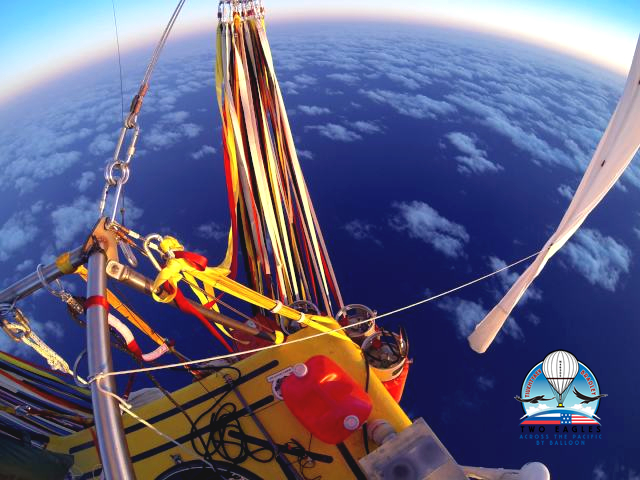 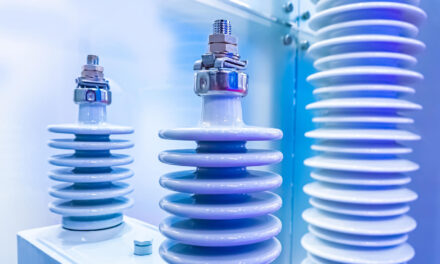 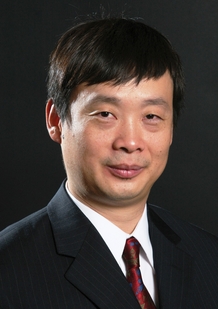