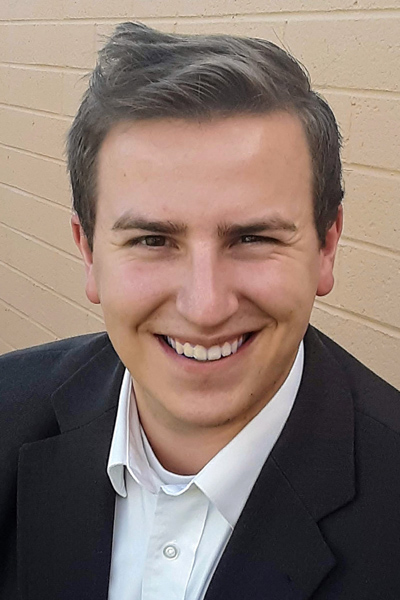 Tyler Hatch loves every facet of math and science and wanted to study something that covered a wide range of topics in those fields. He found that in aerospace engineering.

“Aerospace engineering is unique among engineering majors because it is especially interdisciplinary, incorporating aspects of physics, chemistry, aerodynamics, heat transfer and so much more,” Hatch says.

“As I transitioned from lower-level to upper-level classes, I realized that when my classmates would be confused about topics that I could almost always explain our course material in a way that they could understand,” Hatch says. “Doing this has helped me realize that I have a high-level of comprehension of the topics within my major.”

The allure of there being so much to discover in the field completely drew Hatch in.

“Applied aerospace engineering began to advance more rapidly in the last century with the advent of the computer,” Hatch says. “Because of that, there are still many unanswered questions and unsolved problems.”

Hatch says one of the greatest things he has done while a student in the Ira A. Fulton Schools of Engineering at Arizona State University is to participate in inter-club service activities on campus.

“I’ve found them to be great opportunities to meet people and do some good,” Hatch says. “I’m a member of the Latter-day Saint Student Association, a religious organization here on campus. Through them and the Devils in Disguise organization, I have participated in various service activities, including blood drives, food bank volunteering and more.”

Between his freshman and sophomore years at ASU, Hatch completed a two-year religious mission for his church that put him in leadership roles among his fellow missionaries.

“During this time, I learned that leadership is more than just managing people,” Hatch says. “Being a leader is having a vision of what a group of people can be and helping them to share in that vision.”

Hatch, who will be continuing on at ASU in pursuit of a master’s degree in aerospace engineering as part of the 4+1 program has started what could be a Sun Devil family legacy.

“I am the oldest of four boys, and my education and experiences have inspired them to go to college,” Hatch says. “I also have extended family who are now considering attending ASU even though they live in other states.”