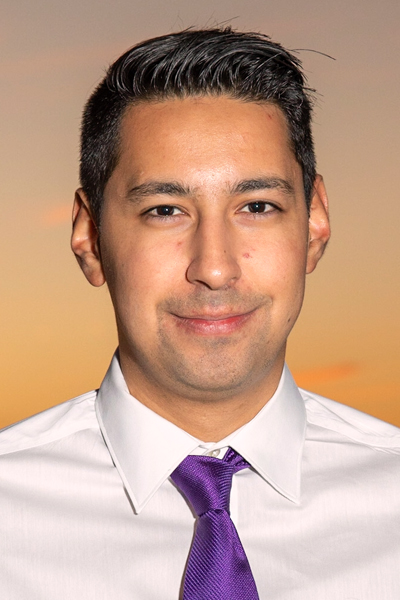 Growing up, Trevor Mitchell always enjoyed the airplane flight to his destination more than actually being on vacation.

Once he joined the professional flight concentration of the aeronautical management technology program at The Polytechnic School, one of the seven Ira A. Fulton Schools of Engineering at Arizona State University, it was his love for flight simulators that solidified his dream of being a pilot.

After passing one of the toughest oral and flight tests in the professional flight curriculum and earning an instrument rating — a distinction for pilots who have intensely trained to fly solely by reference to aircraft instruments — he knew he was in the right place.

In addition to his love for aviation, Mitchell felt at home at ASU.

“From the recruiters to the tour guides to the random students I met, everyone was so kind and welcoming that I already felt like a part of the ASU family before I started,” Mitchell says.

Hampshire is a former U.S. Air Force and American Airlines pilot, and Mitchell says he gained a lot from Hampshire’s class as a student, but gained even more as his teaching assistant.

As a teaching assistant, Mitchell taught other students in the program how to fly. Using that experience, he became a flight instructor and will continue in that role after graduating. He will serve in this role until he meets the experience requirements to become an airline pilot.

Alongside academics, Mitchell was heavily involved outside of the classroom. He was the vice president of ASU’s Women in Aviation student chapter, a member of International Service Devils, an ambassador for ASU’s Barrett, The Honors College and a check instructor at ATP Flight School, in which he conducted evaluations of ASU students as they worked toward their pilot certificates.

“We expanded Women in Aviation to its largest size in years and hosted several events that fostered community involvement,” he says. “Our Girls in Aviation Day events were designed to promote an interest in aviation among young girls.”

After his advisor, Associate Professor Mary Niemczyk, passed away earlier this year, Mitchell and other Women in Aviation members honored her by raising more than $1,000 for breast cancer research.

From attempting to close the gender gap in aviation to feeding the homeless through community service projects and various other initiatives, Mitchell made the most of his undergraduate experience.

“I believe that as ASU students, we are provided the resources and opportunities to help those less fortunate than us,” Mitchell says.

Ultimately, Mitchell hopes to become a regular in the cockpit and work for a major airline, but giving back to the community will always be a priority.