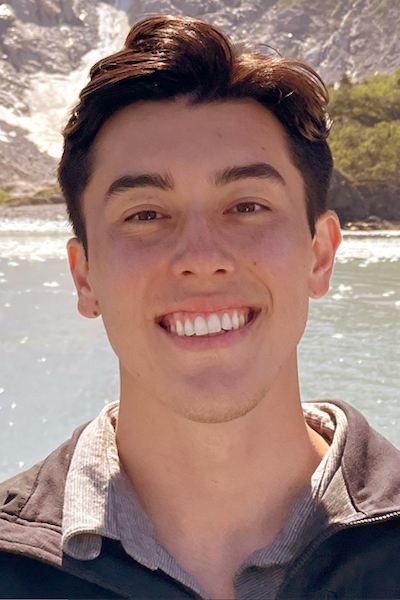 “I find the interconnectivity of the process to be most interesting,” he says. “Every aspect has a certain value, so any improvements or the absence of a given step could mean a whole new dynamic for the system.”

This fascination with systems led Osterkamp to study industrial engineering at Arizona State University. He has learned a great deal about controlling and improving processes from the Ira A. Fulton Schools of Engineering, and he wants to apply that knowledge to support worker productivity, management decision-making and better quality, more sustainable business output for customers and society as a whole.

Osterkamp knew this discipline was right for him when taking probability, statistics and reliability engineering courses with Linda Chattin, a principal lecturer of industrial engineering at the Fulton Schools. More recently, his interest has been further propelled by a medical technology internship with Becton, Dickinson and Company.

Osterkamp says an especially significant achievement of his undergraduate experience was serving on the mentoring team overseen by academic advisors for the School of Computing and Augmented Intelligence, one of the seven Fulton Schools.

“I’ve been part of that program since my freshman year,” he says, “and helping others with questions and concerns about school has been an awesome experience.”

Osterkamp has also engaged with the broader community outside of campus. He helped orchestrate the annual Arizona Matsuri festival hosted by the Phoenix Himeji Sister Cities Committee to celebrate Japanese culture and educate the public about it. Additionally, he played professional futsal for the Phoenix Brazas club, often serving as team captain.

After graduation, Osterkamp plans to pursue a master’s degree in industrial engineering during the “+1” year of his 4+1 accelerated graduate program at ASU. When complete, he hopes to travel before settling into an engineering career.

“I would like to lead commercial sustainability initiatives,” he says. “I hope to help companies reduce waste and their carbon footprint while maximizing efficiencies and cutting costs. We have the capacity to reach goals in environmentally conscious ways.”