Arizona State University’s Ira A. Fulton School of Engineering began 2007 by opening a new chapter in its 50-year history with the arrival of new dean Deirdre Meldrum. She takes on a role as a prime catalyst in the realization of ASU President Michael Crow’s vision for a “New American University.”

Meldrum’s career reflects key elements of Crow’s vision of academic and research pursuits that respond to community needs and societal challenges from a global perspective.

More than a decade of distinguished accomplishment at the University of Washington in Seattle is enabling Meldrum to bring cutting-edge research to ASU that matches the “New American University” ideal of an intellectual fusion of diverse disciplines to advance knowledge in the cause of improving quality of life.

She will head the new Center for EcoGenomics in ASU’s Biodesign Institute. It will be the headquarters for two research pursuits, the Microscale Life Sciences Center (MLSC), which Meldrum directs, as well as for her ongoing collaboration in an oceanography project called NEPTUNE.

“Deidre Meldrum’s innovative research will enhance and expand ASU’s innovative research in biomedicine and environmental sustainability,” says George Poste, director of the Biodesign Institute. “Her research regarding ‘life-on-a-chip’ technologies is a superlative example of combining engineering with biology to probe the links between genomics, cell function and disease.”

MLSC is a National Institutes of Health (NIH) Center of Excellence in Genomic Science. In that role, Meldrum leads research to study the fundamental mechanisms governing the birth, growth and decline of human cells with the aim of better understanding the most widespread diseases and other threats to human health, and finding ways to combat them.

As the result of achievements in its first five years, Meldrum’s NIH project has been awarded a second five-year $18 million federal grant – one of the highest individual grant amounts in ASU’s history – to continue her team’s work.

Meldrum also is among the leaders of NEPTUNE, a project to construct a cabled underwater observatory in the northeast Pacific Ocean for real-time oceanographic observations and experiments. Meldrum’s team is developing sensing devices and other instruments to gain knowledge of the biological, chemical and physical environments at microbial levels on the sea floor.

“I first met Professor Meldrum in 2005 when I invited her to speak at a symposium at the Massachusetts Institute of Technology on monitoring Earth system processes,” Hodges recalls. “I was impressed by the breadth of her interests and her approach to designing tools to enable more effective scientific research. When I was recruited to direct SESE, I was delighted to learn that she was being recruited to become dean of the engineering school. The possibilities for collaborative co-evolution of the Fulton School and SESE are really exciting.”

Such collaboration mirrors the “New American University” imperative to foster transdisciplinary research – bringing together experts in various fields within and outside scientific and technological areas.

The new dean plans to do more to implement that imperative than use her own research to set an example. Meldrum says she intends to encourage faculty to engage in more pursuits that “team engineers with artists, policy analysts, psychologists, economists and medical clinicians,” among others.

“We expect our engineers to be leaders in supporting the ideas behind the transdisciplinary mission,” she says.

That will be done in part through filling about 25 new faculty positions throughout the next three years, with the majority of those engineers working together with ASU’s School of Earth and Space Exploration, the Global Institute for Sustainability and the Biodesign Institute.

Hired for her new job in early 2006, she has spent much of the past several months preparing to step into the position at ASU by meeting Arizona government, business, industry and medical community leaders. Recently, she joined a panel at the National Governors Association’s Innovation America symposium to discuss innovation and higher education issues.

Meldrum says she’s been consistently impressed by what she’s seen of the leadership in the state and at its largest university.

“There is energy and excitement. That’s what attracted me here,” Meldrum says. “President Crow and his team have developed a bold vision for ASU, and they are already on the way to realizing a lot of the goals. They’ve generated significant new resources, established new institutes and constructed new buildings and research facilities. It’s an incredible opportunity to be able to work with and learn from such leadership and be part of building a quality institution that’s taking a new look at what’s needed to improve higher education in the 21st century.”

considers Meldrum among “world leaders in engineering, science and medicine,” and sees her new research center at the Biodesign Institute “placing ASU’s nanoscience program among the leaders in this emerging discipline.”

Meldrum has been at the University of Washington since 1992, rising to full professor in electrical engineering in 2001. In 1996, she was awarded a Presidential Early Career Award for Scientists and Engineers “for recognition of innovative research utilizing a broad set of interdisciplinary approaches to advance DNA sequencing technology.”

She is a member of the National Advisory Council for Human Genome Research of the U. S. Department of Health and Human Services, a Fellow of the American Association for the Advancement of Science and a Fellow of the Institute of Electrical and Electronics Engineers.

She and husband Peter Wiktor have a son, Thaddeus, and daughter, Genevieve. Wiktor has a Ph.D. in mechanical engineering and owns a business, Engineering Arts. The family lives in Ahwatukee.

This is the second time Meldrum is residing in Arizona. Between ages 2 and 4 she lived with her parents in Tempe, not far from ASU’s main campus. Her mother had her first teaching job at ASU as an English professor, while her father became the university’s first Ph.D. graduate in English. 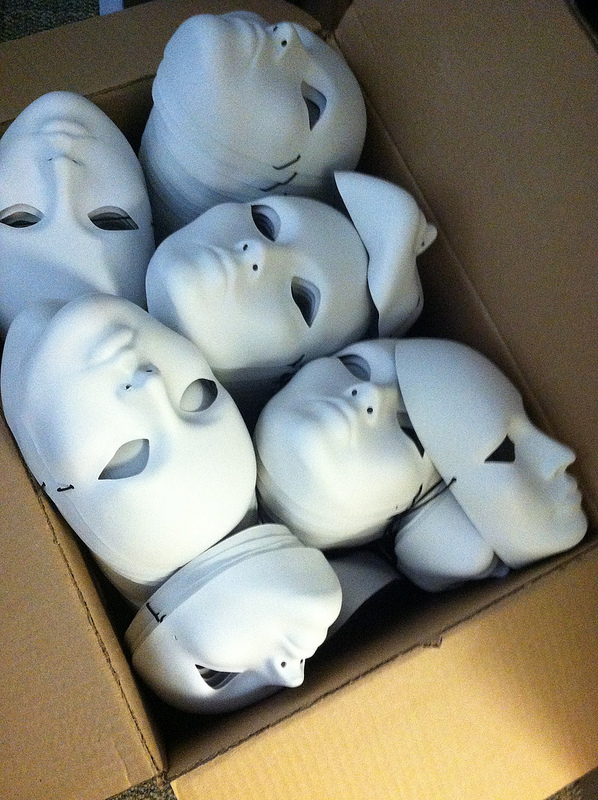 ‘The Future of Me’: Technology is transforming traditional idea of the self