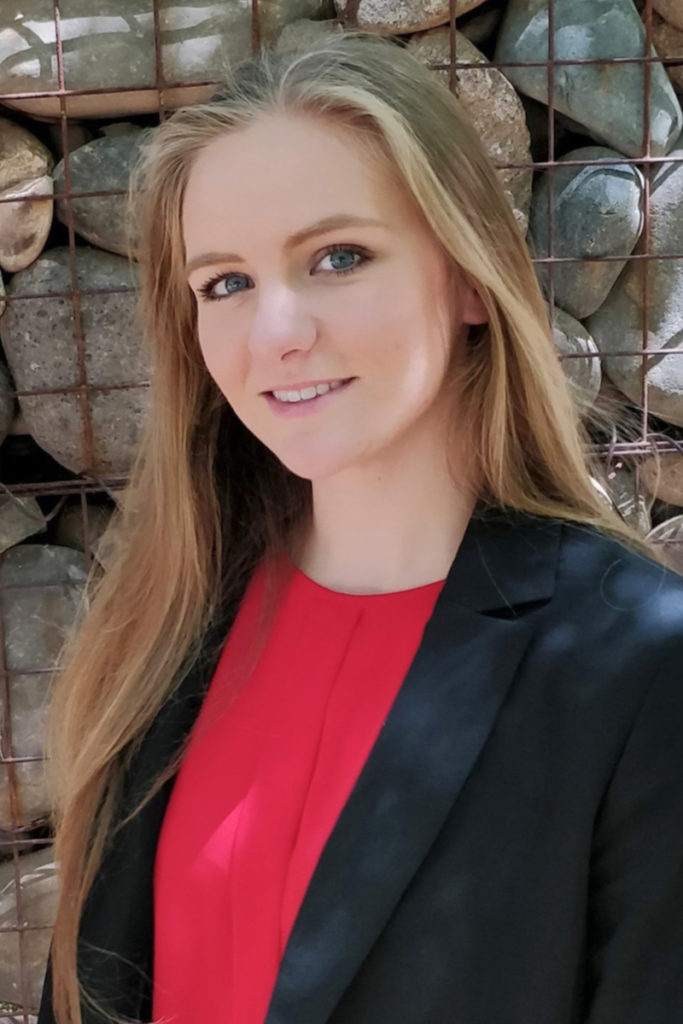 As a youngster growing up in Colorado “on a farm in the middle of nowhere,” Molly Mays remembers, “the skies were always blue, but sometimes a plane would jet across, leaving a streak of white. I always imagined being on the plane going to exciting, faraway places.”

Years later, after moving to Arizona with her family, Mays took her “discovery flight” — the introductory lesson in flight training school — “and I was hooked,” she says. Soon she was researching college aviation programs.

Now, about to receive a degree in aerospace technology management, with dual concentrations in air traffic management and unmanned aerial systems, Mays is already in a 4+1 accelerated graduate degree program to earn a master’s degree in aviation and human factors in the Ira A. Fulton Schools of Engineering.

That means spending another year at ASU’s The Polytechnic School, where she says she has thrived in an environment that offers “a small-campus feel with a tight-knit aviation community.”

Mays says having supportive friends and classmates in that community has provided her the most rewarding experiences of her undergraduate years, while internships in her field gave her the confidence she was “on the right path” with her career choice.

The internships gave her a broad range of work experiences. Mays piloted unmanned aerial vehicles over structures, construction sites and railroads for BNSF Railways, then was a drone test pilot for Intel Deutschland in Germany.

This summer she will test sensors and perform related tasks with the flight operations team at General Atomics in San Diego.

Her academic performance helped her earn support from a Women in Aviation Management Scholarship, ASU’s Presidential Scholarship and a Kemper and Ethel Marley Scholarship.

Mays was a member of the Polytechnic campus student club Drone Devils, which gave her opportunities to help build, program and develop flight missions.

She foresees such unmanned aircraft as the aviation technology that could have the largest impact on the world.

“So far it has been used to monitor railways, map structures and so much more. In the future, unmanned aircraft could be delivering packages and taxiing people around. The possibilities are endless,” Mays says. “In the long run, I hope to fly larger unmanned systems and be a lead operations manager.”

In the near term, after getting a master’s degree, Mays hopes to find a job that enables her to travel.

“I want to see the world and experience everything that I can,” she says, and maybe sometime later “settle down and have a family somewhere in Arizona.”

As a break from all the work to learn aviation and aeronautical skills, Mays developed other talents while in college that give her an added sense of accomplishment.

“Painting and knitting are two things I am pretty good at now,” she says. “I didn’t know how to do either of these very well before attending ASU and now I do at least one, if not both, of these hobbies every day to relax. It’s rewarding to see how much I have improved over the last few years.”