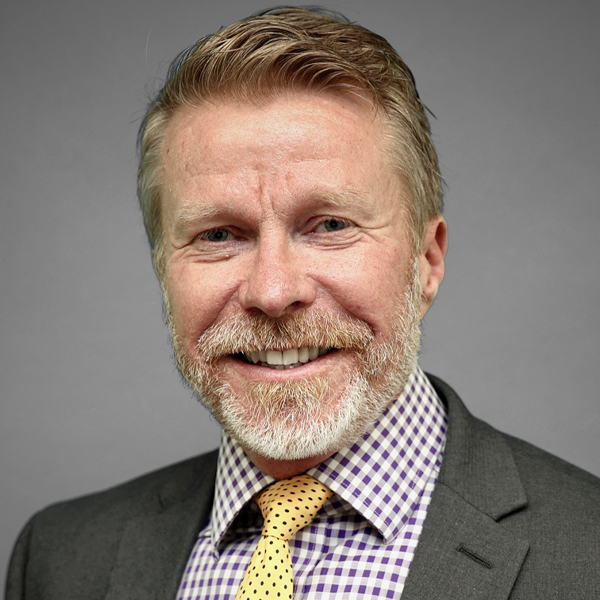 As a first-generation college student, it took Kurt Paterson some time to find his passion in engineering. But a serendipitous conversation would change that.

He recalls that during his senior year in college he ran into a fellow student who had been a year ahead of him in the same mechanical engineering program.

“I was surprised to see him on campus because he had graduated a few months earlier, but he explained to me that he was now a graduate student in environmental engineering,” Paterson says.

He queried the student about both graduate studies and environmental engineering and was directed to visit the head of the degree program.

“That would lead me to environmental engineering for graduate school and fundamentally change my motivation and interest in continuing my career in engineering,” Paterson says.

What has kept him interested in that pursuit, “is the privilege of making meaningful contributions to finding solutions to problems that matter, and unfortunately our environment is full of those kinds of problems,” he says.

As the new director of The Polytechnic School, one of the seven schools in the Ira A. Fulton Schools of Engineering at Arizona State University, Paterson is in a position that presents him with an expansive array of challenges in his field.

He’s coming into the job equipped with the expertise he has gained in engineering education, higher education leadership and engineering diplomacy, and with a commitment to make an impact.

“I’m excited to explore how a modern polytechnic school can redefine the ways that universities can serve the world,” Paterson says, “and the possibilities for creating inclusive pathways for substantial numbers of students, faculty and staff to be force multipliers for positive change in the world.”

He will seek to fulfill those aspirations through applying knowledge and skills acquired in previous roles as a professor of engineering at James Madison University and a Jefferson Science Fellow at the National Academies of Sciences, Engineering, and Medicine, as well as his current position as a  Senior Sustainability Advisor for the U.S. Department of State.

Paterson’s administrative duties won’t keep him completely out of the classroom. As a climate mitigation and air pollution expert, he plans to offer a climate engineering course that will explore the technology and decision-making necessary to abate climate change while at the same time benefitting society.

His students should prepare to explore opportunities in that undertaking through data analysis and modeling, integrating the technical, social and financial aspects of their projects, and working with diverse project teams.

In whatever free time he finds, Paterson says he continues to engage in his hobbies as “a struggling mandolin player and a pretty good photographer” who loves to travel and is “fascinated by simplicity.”

That affinity for simplification derives from his view of it as “a sign of expertise and high-level empathy coming together” in science, engineering and technology, Paterson says.

“I like to see attention given to people in the development of innovations, both in the care for the user of new tools, technologies and products, and the setting aside of the designer’s ego,” he says, giving as examples of this simplifying approach the pencil, the Shazam app, the Plint Coffee Table, and the Vanmoof bicycle.

In his job, Paterson says he ponders, “how might we benefit from translating simplicity into higher education?”