A little soul searching and the help of a best friend led Thomas Fyffe II to a future in construction management.

Even though he has family members in the construction industry, Fyffe didn’t get hooked until he took a job as an estimator and project manager for Janus International after serving in the United States Marine Corps for nine years. Though this position offered an excellent career path, Fyffe had a lifelong goal of earning a college degree at Arizona State University.

As a construction management major in the Ira A. Fulton Schools of Engineering, he excelled in leadership positions in student organizations. As vice president of the American Concrete Institute’s ASU Chapter he competed in competitions to build concrete beams and coordinated outreach activities for K-12 youth.

As treasurer in Sigma Lamda Chi he helped the student organization to identify meaningful projects, including building ramps for local disabled homeowners, Habitat for Humanity projects and assembling packages for homeless veterans.

He was also a member of the Advancing Women in Construction student organization and a Fulton Ambassador.

Fyffe says one of his most memorable moments at ASU was working side by side with his teammates at the Reno competition at the Associated Schools of Construction (ASC) annual regional conference in Sparks, Nevada.

“There is just something about being stuck in a room with five other teammates for 24 hours while we mimic the entire construction process of a real project,” says Fyffe, who served as co-chairman for ASU’s 11 Reno teams in 2016.

Fyffe has accepted a position as a field engineer at the PCL Construction Water Infrastructure Group Division located in Arizona. While working for PCL he also intends to work toward a master’s degree at ASU.

If he could have a superpower, he says it would be the ability to stop time.

“Stopping time would allow me to mitigate risks and concerns as a construction contractor. Plus, I would have even more time with family,” says Fyffe.

Someday he would like to be a district manager or an operations manager for PCL Construction.

“Outside of my profession, I aspire to be the best friend, father and husband possible,” says Fyffe, a father to an eight-year-old daughter, Jocelin, and a four-year-old son, Landon.

If not at a construction site you might find him being a typical jack-of-all-trades — playing basketball or baseball or poker, fishing, camping or surprising family and friends with a sleight-of-hand magic trick. 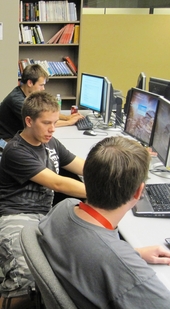 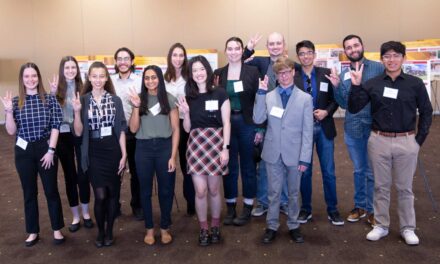 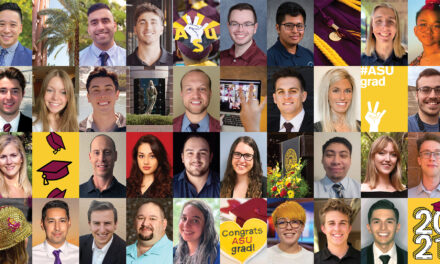