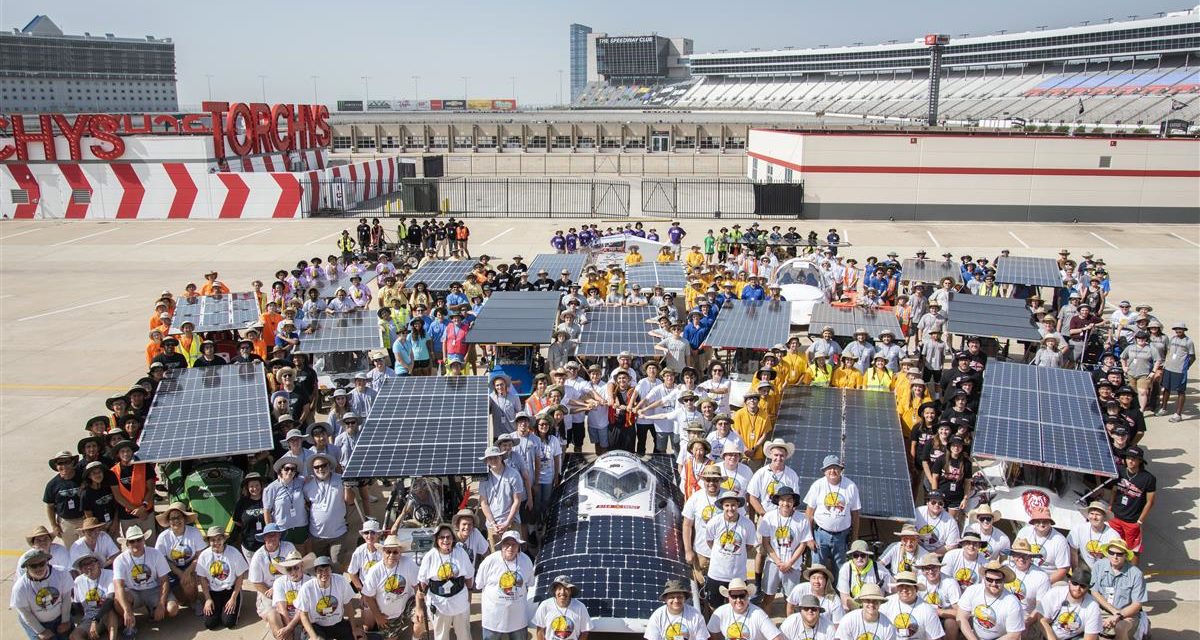 Above: The Solar Car Challenge features 20 high school teams from nine states driving student-engineered solar cars across the country. This year, for the first time, the students’ cross-country trek includes a stop in the Phoenix area. Photo courtesy of Solar Car Challenge

The Solar Car Challenge features teams of high school students learning how to plan, design, engineer, build, race and evaluate roadworthy solar cars. As part of the 2018 Solar Car Challenge, teams will drive their solar cars cross-country from the Texas Motor Speedway in Fort Worth, Texas, to Palmdale, California. For the first time since the competition began in 1995, this year the students’ journey includes a stop in Tempe at Arizona State University. 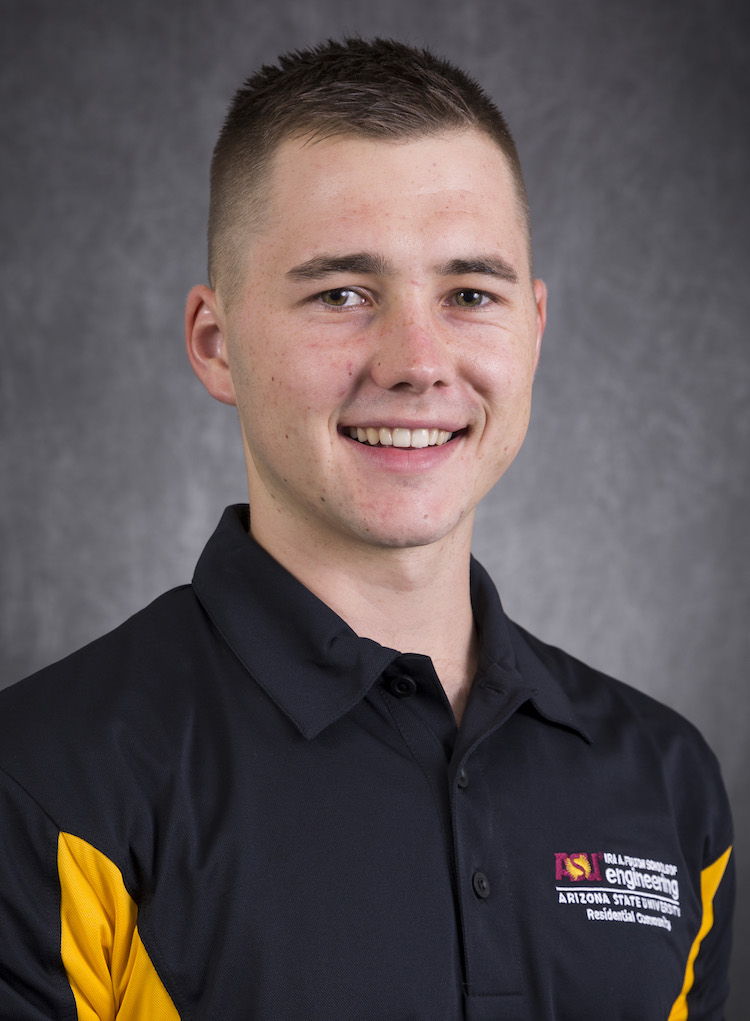 ASU senior Taylor Davis is a former Solar Car Challenge competitor. He participated in the 2013 event while a student at Mansfield High School in Mansfield, Texas. His team, the Ben Barber Solar Car Racing Team drove 503.1 miles with an average speed of 19.67 miles per hour and finished in fifth place out of 10 teams competing in the Classic Division.

Davis has come quite a way since his high school competition days. Now a mechanical engineering major in the Ira A. Fulton Schools of Engineering, Davis serves as the assistant to the director and teams coordinator for the national competition.

After graduating from high school, Davis was invited by the Solar Car Challenge to be a member of the college intern staff program as a race intern and judge.

Davis’s experience helping to manage the races has grown over the past five years, and so too have his responsibilities. He was just appointed as interim race technical director for the Solar Car Challenge.

Davis remembers being a high school participant in the national competition. He didn’t join his high school team until close to the end of the event cycle, but the late start didn’t slow him down.

“My high school engineering teacher heard about the race and began to build a car in fall 2011,” Davis says. “In summer 2012, I was called up by him because I had originally shown interest; the team up to that point didn’t have a member who was 16 and had a driver’s license! I happily got up to my elbows in grease and wires that summer to finish the car, and from there I was hooked.”

That interest in solar energy helped bring Davis to ASU where he has spent his undergraduate years studying in the School for Engineering of Matter, Transport and Energy.

“As anyone knows who has seen the top of a building or parking lot on campus, ASU has a significant number of solar panels powering the campus,” Davis explains. “When I toured the campus, I was struck by the way ASU’s forward thinking and innovation were at the forefront of everything they do. I knew that this university and the Fulton Schools were the place for me.”

While at ASU, Davis joined the Air Force ROTC and will be going on active duty as a space operations officer at Vandenberg Air Force Base in California upon graduation this fall.

Though his career path has led him to the military, Davis still knows the importance of alternative energy.

“The importance of alternative energy cannot be understated,” says Davis. “As our energy grid modernizes, our transition into alternative, renewable fuels will lead to long-term energy security and environmental quality. I see it as an interest as much as an imperative for continued habitation of this planet.”

This year Davis is traveling with all 23 teams as they drive their solar cars from Texas to California. Each year he says he is more impressed by the solar cars the high school students are creating.

“High school students are developing and installing their own continuously variable transmissions, building cars out of carbon-fiber and taking college molds to design their own solar cells embedded into an aerodynamic body,” he says. “These kids are the real innovators of the future, and it’s important to me to provide the opportunity to compete, or even exhibit these cars to them.”

While there are no teams from local Arizona high schools competing in this year’s event, there are several schools building teams for future Solar Car Challenge competitions.

The Solar Car Challenge race started Tuesday in Fort Worth, and the teams will arrive in the Phoenix area on Saturday, July 21. More than 200 high school students will have their cars on display at Parking Lot 59 on ASU’s Tempe campus from 5-9 p.m. this Saturday. The entire community is invited to come check out the solar cars and welcome the students as they make their first stop in Tempe.

Davis is excited to see this year’s students racing across the country this summer.

“This year we have more teams than we have ever had before,” Davis says. “This creates both excitement along our stops and logistical challenges for our organization. I am looking forward to the challenge!” 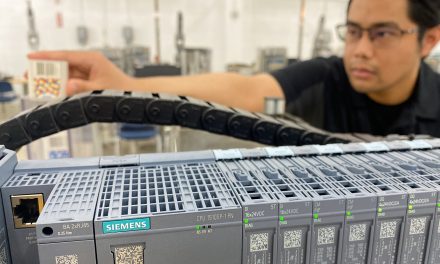 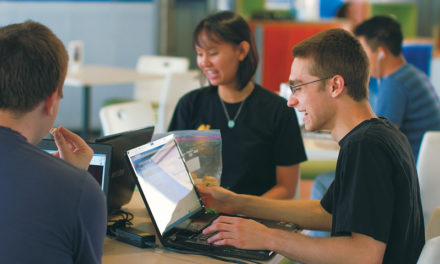 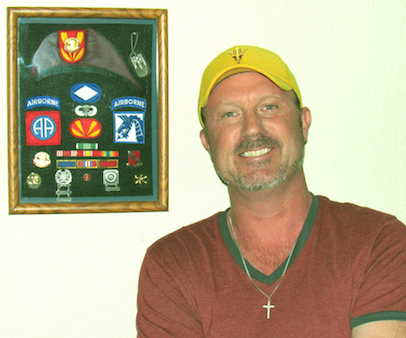