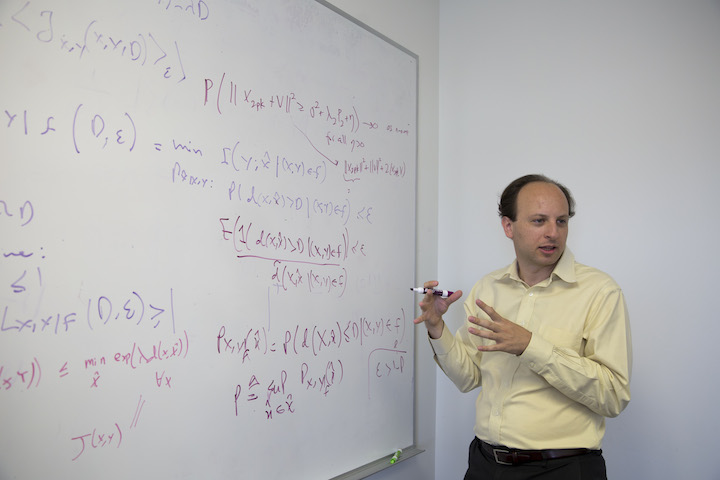 Above: “Information is contained in math,” Oliver Kosut says. “What I do is math for the purpose of engineering. There is the beauty of mathematics, itself, but another level of beauty when it serves an application and real systems develop from that.” Photographer: Jessica Hochreiter/ASU

The vast and distributed nature of communication networks makes them inherently vulnerable to attack. If left unchecked, active attacks could significantly undermine the reliability of networks of connected devices just as they are becoming increasingly vital to modern society.

Oliver Kosut is less interested in whether or not a system can be hacked. His expertise is on combating active attacks, where a malicious intruder acts to subvert the natural behavior of the system.

“Wireless and wired network systems cannot be trustworthy until they operate reliably in the presence of an active adversary that alters the behavior of the system,” Kosut said. “How can we design the system to detect an attack and be more resilient?”

An assistant professor of electrical and computer engineering, Kosut’s research focuses on security and stochastic systems, with the goal of bringing theoretical insights to bear on complex interconnected systems, such as power grids or communications networks.

Stochastic systems are systems whose state is randomly determined, in that they have a random probability distribution or pattern that may be analyzed statistically but may not be predicted precisely.

“Theoretical tools help us discover and understand the properties and limits of complex systems,” Kosut said. “We must understand them mathematically to build a model of the real system.”

An example, he said, is the network coding for a simple wired network. What are the consequences when an adversary, sending bad information, controls some nodes?

Kosut said, jokingly, that the equipment he uses to conduct his research is a pad of paper and a pencil. One wall of his office is a massive white board covered in multicolored mathematical equations.

“Information is contained in math,” he said. “What I do is math for the purpose of engineering. There is the beauty of mathematics, itself, but another level of beauty when it serves an application and real systems develop from that.”

Kosut has published 26 academic articles on his work and this year was granted a prestigious National Science Foundation Faculty Early Career Development Program (CAREER) award to advance his research.

The CAREER award will be used to investigate and provide new techniques to bolster the resilience of communication networks in the presence of these potentially damaging attacks, with an eye toward the fundamental trade-offs between security (degree of protection against attacks) and performance (achievable communication rates among legitimate users).

To be effective, these solutions need to be correctly understood and used by people. Kosut also will develop an education and outreach program for students of all ages about security vulnerability and protection for networked systems.

Kosut joined ASU in 2012. Previously, he was a postdoctoral researcher in the Stochastic Systems Group at the Massachusetts Institute of Technology. He holds a doctoral degree in electrical and computer engineering from Cornell University and bachelor’s degrees in electrical engineering and mathematics from the Massachusetts Institute of Technology. 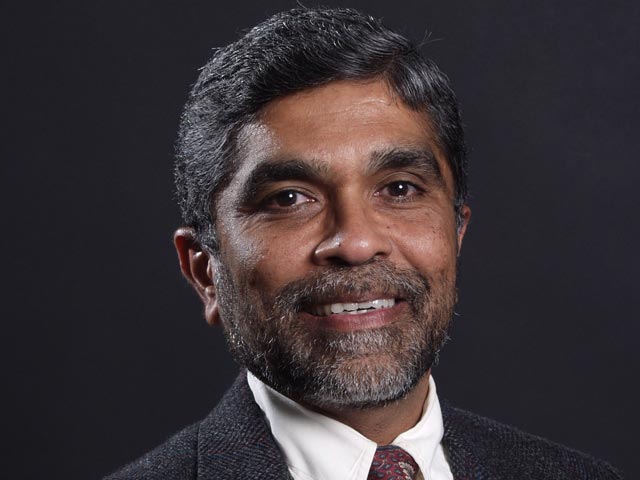 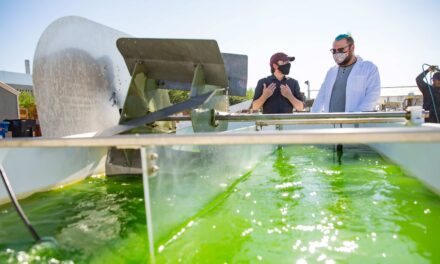 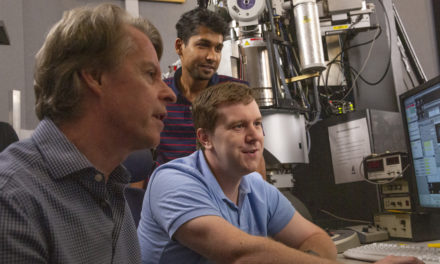