Marco Santello, biomedical engineering professor and director of the School of Biological and Health Systems Engineering, is leading a team of researchers to study underlying movement mechanics and sensory feedback needed to pick up an object. Photographer: Jessica Hochreiter/ASU

Picking up an object, such as an orange from a table, for many would seem a simple task. For motor control researchers, however, the underlying movement mechanics and sensory feedback needed to accomplish that task — and repeat it in a variety of situations — is extremely complex.

A team of researchers, led by Marco Santello, a biomedical engineering professor and director of the School of Biological and Health Systems Engineering, is attempting to quantify this process in a new research study. The objective is to gain a better understanding of the neural mechanisms underlying how we perform and learn dexterous manipulation. The knowledge drawn from this current project could lead to new options in advanced and human-like prosthetics, neuroprosthetics, robotic manipulators and research tools.

The study, a partnership with Andrew Gordon, a professor of movement science and neuroscience and education at Teachers College, Columbia University, and funded by a $650,000 grant from the National Science Foundation (NSF), will focus on the specific force used in the fingertip in relation to the position of the finger.

The team will be looking at three primary ideas.

First, the concept will be explored from a sensory perspective. Various senses, such as visual feedback and tactile feedback, are known as important factors. The researchers want to determine if they may play a relatively more important role, at some points in the task, than others.

Second, how does the learned application of fingertip force transfer to other grasping tasks? Researchers will examine whether the same control mechanisms apply when a subject is using only a few fingers or even both hands.

Third, the team will explore if the concepts can be generalized over different contexts. The researchers want to understand whether subjects are “stuck” with learning one thing in one context only. Does the brain apply the lessons learned in picking up an object to all circumstances, or is there a relearning effort under different conditions?

“When you learn a given manipulation task, say, grasping an object with thumb and index fingertip, the question is whether what you learned in that context can be transferred to a different context,” said Santello. “If subjects are able to transfer the learned manipulation across different object orientations, it means that the central nervous system can adapt what was learned to novel relations between fingertip and forces by using a high-level representation of the task goal, rather than the specific fingertip forces or position that was originally learned.”

During the three-year study, researchers from ASU and Columbia will run experiments concurrently.

This is the fourth NSF grant Santello and Gordon have been awarded since 2006. Their work has stimulated the design of novel hardware (grip devices), biomechanical analyses and software for grasp control analyses, and has contributed to the design of a low-cost artificial hand. 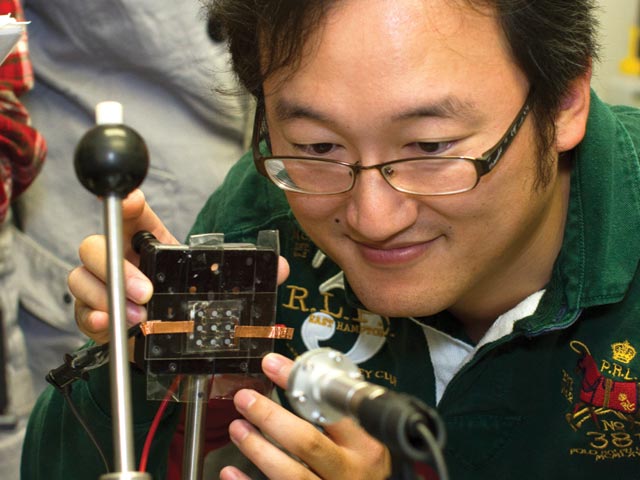 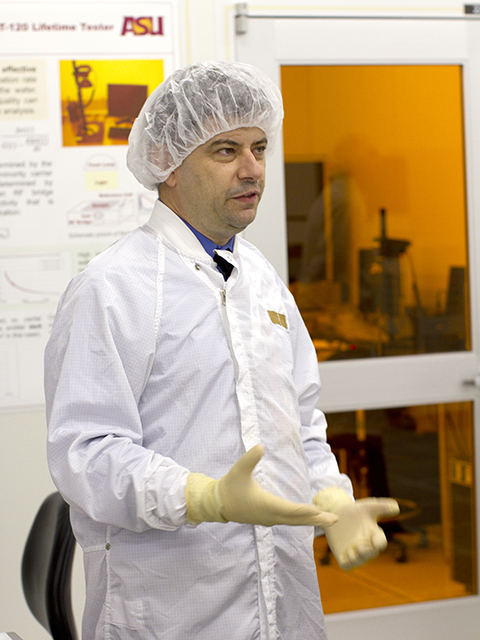