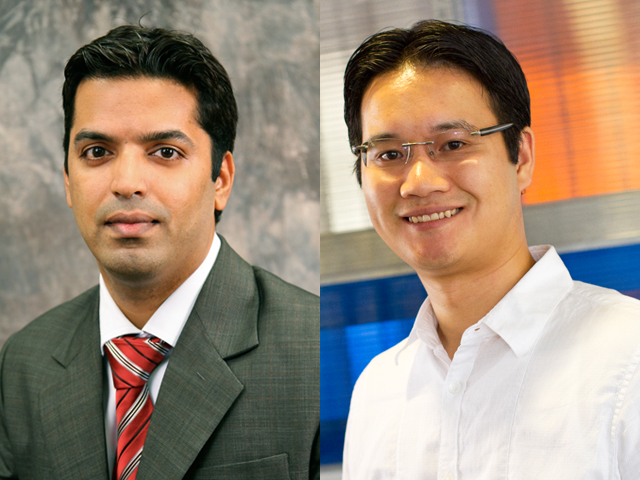 Promising research in areas that can be applied to national defense goals has earned two Arizona State University engineers grants from the Air Force Office of Scientific Research.

Kiran Solanki has been awarded a grant of more than $346,000 over the next three years and Robert Wang has received a grant for close to $360,000 over the same time period through the Air Force’s Young Investigator Research Program.

The program aids researchers in the early years of their careers whose work demonstrates potential for achieving significant advances in their fields of engineering and science.

Both Solanki and Wang are assistant professors of aerospace and mechanical engineering in the School for Engineering of Matter, Transport and Energy, one of ASU’s Ira A. Fulton Schools of Engineering.

Solanki’s work focuses on how the ratios of solute to base metals affect the performance of metal alloys, and how atomic-scale impurities affect the resiliency and strength of materials to be used in advanced technologies.

Their proposals to address research challenges related to Air Force missions were among 40 recently selected for funding from among almost 200 project proposals.

Solanki’s work with multiscale modeling of lightweight alloys, specifically their fatigue and fracture behavior, helped earn him the grant.

“Air Force structures operate at harsher temperature ranges and environments than commercial aircraft,” Solanki explains, “The Air Force wants a lighter, stronger and better aircraft structure, as well as predictive frameworks to track the failure behavior of the structure.”

By examining the impurities in various lightweight alloys, his research team tries to improve its capability to hold up under fatigue while also developing a framework to predict failure behavior. Air Force application of such research would allow for improved aircraft structures and be a step toward development of a digital twin of an aircraft.

“The digital twin is a computational model that has enough detail to determine if an aircraft is safe to fly for a particular mission, and how much longer it can be in use,” Solanki says.

“The techniques my group wants to develop and implement to study fatigue crack initiation and short crack growth in lightweight alloys are quite promising for establishing a framework to systematically differentiate damage and strengthening mechanisms, as well as for identifying their impact for tracking structural damage more reliably and accurately,” Solanki explains.

Wang’s work in thermal energy and nanomaterials involves the use of colloidal nanoparticles.

In his lab, Wang creates nanoparticles with precise control over size, composition and shape. These particles are then used in particle-matrix composites to study their performance in a variety of thermal energy applications.

“What we are doing for the Air Force project is taking the particles and mixing them with a chemical precursor that, when it decomposes, turns into a semiconductor,” he explains.

He is using the decomposition process – ordinarily an undesirable process – to produce a semiconductor matrix with nanoparticles in the composite. This process could potentially produce more efficient thermoelectric materials.

Wang says previous research has proven that thermal conductivity can be lowered by both suspending nanoparticles in materials and by using materials containing atomic-scale impurities, or alloys.

Both of these factors are known to scatter different wavelengths of phonons, which are atomic-scale waves that transport heat in solids.

To better understand the effects of the nanoparticles in lowering conductivity, Wang will use a technique called phonon spectroscopy, which allows the generation of specific phonon frequencies so that their transmission through a material can be observed.

“So rather than having to look at the entire spectrum all at once, I can isolate single frequencies and determine what size and shape of nanoparticle most efficiently scatters certain phonons.”

The research could provide a deeper understanding of nanoscale heat transfer, which can be applied to thermoelectrics to reduce thermal conductivity. Another application is for thermal barrier coatings, which are thin insulating films that are applied to turbine blades to protect them from the intense heat of combustion in engines.

The Air Force young investigator award “is definitely a very big deal for my research group. It’s really going to make an impact on my career.” 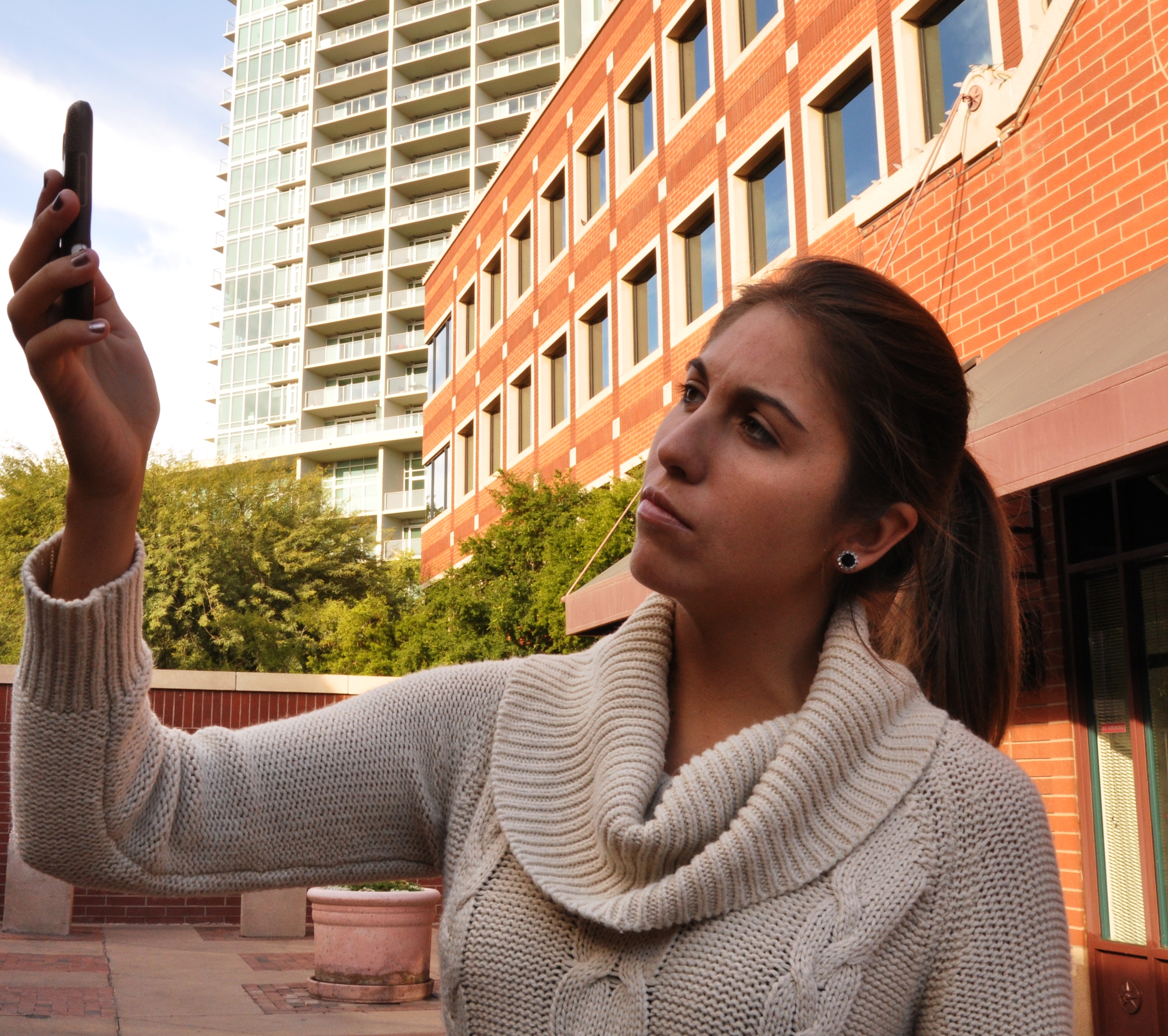 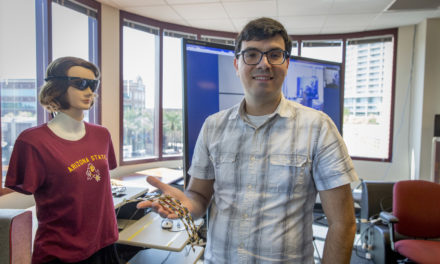