ASU researchers aim to pull fuels out of thin air

ASU researchers aim to pull fuels out of thin air In this mobile methanol synthesis trailer, Senior Engineer Steve Atkins, produces hydrogen and mixes it with carbon dioxide, part of the process of creating a carbon-neutral liquid fuel. Photo courtesy of Steve Atkins

Researchers at Arizona State University are exploring the idea of creating fuels that do just that: carbon-neutral liquid fuels. Think of them as fuels created from air.

The endeavor builds on the advances being made at ASU’s Center for Negative Carbon Emissions, which is developing a technology that collects carbon dioxide from the atmosphere using an air-capture technique that literally scrubs it from the air, and then captures it so it can be reused at an affordable cost. Think of it as a carbon dioxide recycling program.

This effort moves toward closing the carbon cycle, which means making sure no new carbon dioxide ends up in the atmosphere — essential for ensuring that concentrations don’t surpass unsafe limits for life on earth.

In addition to the environmental benefits of removing carbon dioxide, excessive amounts of it can be turned into carbon-neutral liquid fuels, making it a renewable energy source.

How exactly can fuel be pulled from thin air? Like any magic act, it is surprisingly simple.

Second, this gaseous hydrogen is combined with the carbon dioxide captured from air.

What does this mixture produce? Methanol, an alcohol fuel similar to ethanol. Voila! Fuel from air.

Like ethanol, methanol can be blended with gasoline or further processed into gasoline.

“When this methanol or synthetic gasoline is burned, it releases carbon dioxide and water back into the atmosphere where it can then be recaptured and reused to make more fuel,” says Steve Atkins, a CNCE senior engineer who specializes in this technology.

Methanol can also be converted into plastics that would be carbon negative, or into other fuels such as diesel and jet fuel.

“If we can make air-capture affordable then we have a carbon-neutral feedstock to make liquid fuels and take advantage of abundant renewable energy,” said Christophe Jospe, who was CNCE’s chief strategist from September 2014 until June of this year and is now founding The Carbon A List to highlight the most promising approaches to capturing and recycling carbon dioxide. The big impacts of this technology are threefold.

First, it can help society to go carbon neutral. Unlike fossil fuels, carbon-neutral liquid fuels do not add greenhouse gases or generate a net carbon footprint. Limiting, and preferably reducing, our carbon footprint is essential for sustaining life.

Second, this technology is attractive because carbon-neutral liquid fuels can be used within our current industrial infrastructure.

“If we can’t use the internal combustion engines in our cars, then we have wasted assets,” explains Jospe. This renewable alternative can work within society’s current infrastructure and energy system, and be more sustainable.

Third, it addresses some of the limitations of other renewable energy methods. Solar and wind power experience intermittent drops in energy production. Much like traditional liquid fuels, carbon-neutral liquid fuels can be stored long-term and used in accordance with demand.

“During periods of intermittency in renewable energy, you could utilize liquid, carbon-neutral synthetic fuels to provide electrical power,” says Atkins — though he acknowledges the round-trip efficiency (electricity to fuels and back to electricity) would be low.

Flying an airplane with an electric battery may not be a realistic option due to the reality of energy density (how much energy is contained within a unit).

“Batteries can’t pack as much electrons into the same amount of space,” says Jospe.

That means options like jet fuel are beneficial because they are lighter weight, and can power travel across further distances. Maybe it’s easiest to say that they offer users more bang for their buck.

But nonrenewable fuels, like jet fuel, also come with nasty consequences for the environment.

Promisingly, the energy density of carbon-neutral liquid fuels can be more advantageous than current batteries. They are also better than fossil fuels because they avoid adding new carbon to the atmosphere.

Arvind Ramachandran, a first-year environmental engineering doctoral student from Chennai, India, is advancing research in converting captured carbon dioxide into fuels and chemicals under the supervision of Klaus Lackner, the director of CNCE and a professor in ASU’s Ira A. Fulton Schools of Engineering.

“I think it is very clear that we have to figure out a way to become carbon negative or at least carbon neutral,” says Ramachandran, who earned his master’s degree in chemical engineering from Columbia University.

“Making sure that our mobile sources of carbon dioxide emissions, such as cars and airplanes, are running on carbon-neutral fuels represents a powerful way of achieving carbon neutrality,” he says.

Jospe believes that air-capture technique fits the need by supporting the synthesis of fuels made from the air. CNCE is currently applying for ARPA-E funding to advance this effort.

Getting fuels from air is not the only option researchers at ASU are exploring. Others are advancing the production of biofuels from algae as part of a multi-university project supported by a recently awarded $2 million grant from the Bioenergy Technologies Office in the U.S. Department of Energy.

Additional niche applications of the air-capture technology would make it possible to use it to carbonate beverages, create high-value chemicals, and sequester carbon in products such as graphene, plastics and carbon fiber.

These and many other products and systems require the use of carbon dioxide.

“Let’s get that carbon from air so we know it’s carbon neutral, rather than a source that doesn’t help us close the carbon cycle,” says Jospe.

CNCE researchers will promote and build on these ideas further when ASU hosts the Fuels From Air Conference on September 28-30. The conference will bring researchers from around the world to discuss closing the carbon cycle, techniques in taking fuels from air and different ways to turn carbon dioxide into fuels.

Ramachandran, a budding specialist in this new and exciting field, says it best: “The answer to our search for a sustainable future is likely to involve a combination of technologies — and fuels from air will play an important role.” 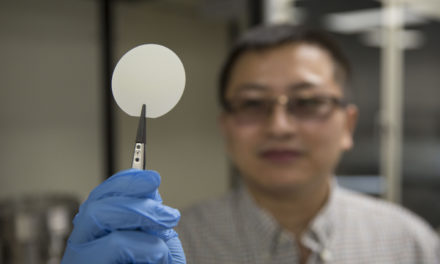 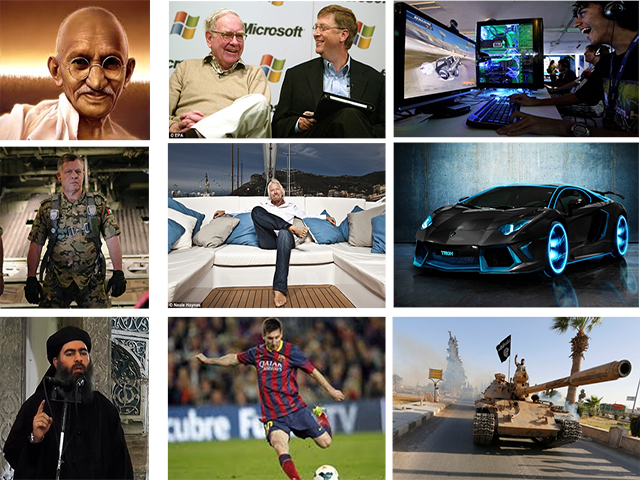 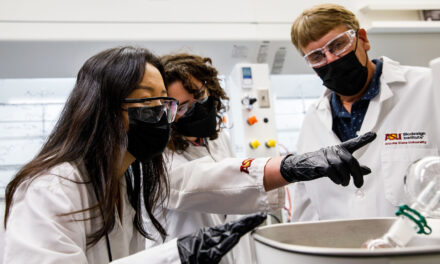