The wonders of flight, infrared cameras, 3-D printing, underwater robots and solar crickets came alive for elementary and middle-school children at the 2014 DiscoverE Day on Feb. 28.

More than 1,100 students from about 20 schools attended the open house, sponsored by Arizona State University’s Ira A. Fulton Schools of Engineering.

Displays ranging from a trebouchet modeled after those used on medieval battlefields to rockets that can fly into space were set up on the lawn next to the Virginia G. Piper Writers House on ASU’s Tempe campus and manned by engineering students and industry sponsors.

“There are so many things here that the students have never put together with engineering,” said Randi Cutler, the gifted specialist at Desert Springs Preparatory Elementary School in Scottsdale. “I think a lot of them thought it was just someone building a building. But there are so many aspects to it that almost anything you want to do can come under the big umbrella of engineering.”

Cutler scheduled a late bus pickup so her class of fifth- and sixth-grade honors math students also could tour Barrett, The Honors College, where her son, Ben Beechamp, a sophomore in mechanical engineering, is enrolled.

“I want my students to have the expectation that they should go to an honors college.”

At one table, Alecia DePhillips, 13, a seventh-grader at Horizon Elementary School in Glendale, was tying a string around a rubber band and hooking it to a binder clip to make something that could pick up a cup.

“Looks like you need to change your design,” Hoekstra said. “A big part of the design process is trying different prototypes. You might have hundreds of iterations of a prototype before being successful.

“If you like to build and invent things, engineering is the place for you.”

Nearby, students were trying not to crash an airplane in a flight simulator.

“We’re showing them the magic of flight,” said Don Wood, a junior in aerospace engineering, standing behind a small-scale airplane with wings that reached both ends of the table. “They want to know, ‘Does it fly? Is it real? How does it work?’

“We want them to see how much fun it is to design planes. This plane uses the same principles as the ones over our heads, heading into Sky Harbor.”

Wood, whose father was a pilot, grew up around planes, and was an avionics technician on F/A-18 aircraft in the U.S. Marine Corps. He would like to design engines when he graduates.

“Engine technology is changing so quickly,” he said. “Fuel efficiency is a big deal, especially on the commercial side.

A hive of students buzzed around Joe Carpenter, a senior chemical engineer, who stood near the booth for the Quantum Energy and Sustainable Solar Technologies (QESST) group, holding a tray of clattering mechanical crickets, each with a tiny solar panel on its back.

Slowly, Carpenter lowered the tray into the shade and the clattering stopped, eliciting oohs and ahhs from the students.

“Some of them know the difference between the sun’s energy and electrical energy,” said Carpenter, who wants to be a college professor someday. “But most of them think of it as just an alternative to something else. When you start talking to them, they’re impressed by its limitless quantity.”

Tucker Ely, in the first year of a doctoral program at ASU’s School of Earth and Space Exploration, also manning the QESST booth, said exposure to college and engineering is important for the students.

Ely, who earned his bachelor’s degree in evolution from the University of California, Santa Cruz, wants to run his own laboratory one day to explore the origins of life.

“You can’t force students in any direction, but you can show them everything and let them pick,” Ely said. “I didn’t know what I wanted to do. I never saw it coming until late in life.”

Robert Espinoza, who is working on his master’s degree in bioengineering, showed students the process and outcome of 3-D printing.

“We want them to see how you take something from the idea through design to make a viable medical product,” Espinoza said.

Through his research, Espinoza helped produce a clothlike structure that is applied to a wound instead of sutures and promotes faster healing.

“The students coming behind me are taking it to another level,” said Espinoza, who wants to work in research and development, or possibly as a forensic scientist.

Across the sidewalk, Cheyenne Harden, a master’s student, and Claire Antaya, a fourth-year doctoral student, showed students how to use an infrared camera to see which of several light bulbs was more energy efficient and which household appliances put off the least heat: a toaster, a radio, a space heater, or a dust buster vacuum. They also used wattmeters to see how much power each appliance used.

Both women said the open house was a good way for girls to get excited about engineering.

“Girls don’t get enough encouragement at school or at home,” Antaya said. “Research shows us that females lose interest around the sixth grade. They don’t think they can do it anymore.

“We’re failing our females. We need to tell them, ‘Yes, you can pursue this. You are smart enough. You can do science and math. Everyone struggles. Help is there.’ ”

Harden said that, up until high school, she thought an engineer was a train conductor.

“This fair gives students early exposure to the wide range of applications of engineering in everyday use,” Harden said. “You can be so creative and innovative, from toy design to anything.”

Sandy Abbott, who teaches gifted third- through fifth-graders at Cochise Elementary School in Scottsdale, said she saw many of her students blossom at the event.

“I’ve seen even my quiet and shy kids get very involved in the activities,” Abbott said. “They’re like sponges, asking questions, observing, touching things. I did not realize how fascinated they were going to be.”

Giovanny Renteria, 11, a student from the Magnet Traditional School, said he has worked on cars with his dad, and wants to learn how to make them safer. 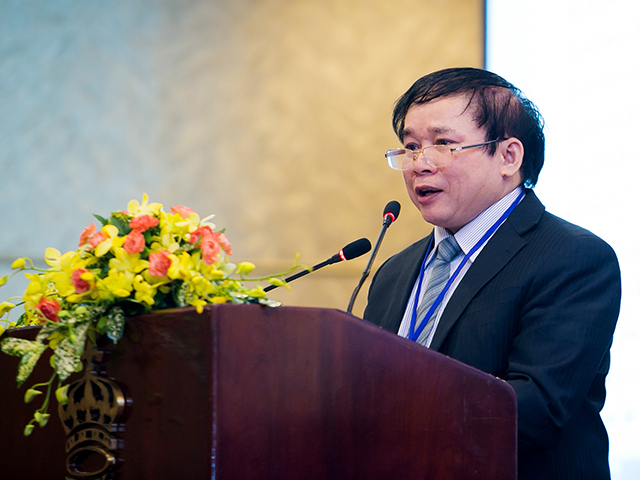 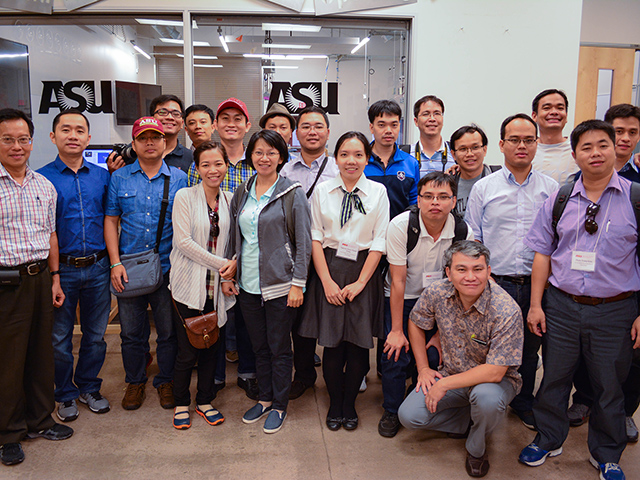 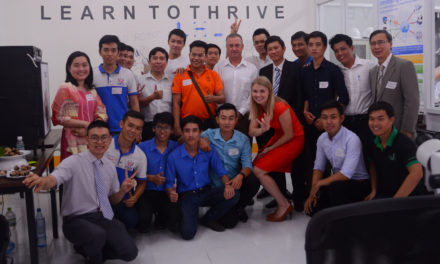