Six years after the Higher Engineering Education Alliance Program (HEEAP) was launched in Vietnam, President Barack Obama highlighted Arizona State University’s efforts during a May 22 news conference from Hanoi. The following day, Secretary of State John Kerry also noted that such academic partnerships are key in terms of a “transformational, long-term impact of a relationship” during a news conference in Ho Chi Minh City.

The program, which began as a partnership between ASU’s Ira A. Fulton Schools of Engineering, the United States Agency for International Development (USAID) and Intel, was created to introduce professors from eight Vietnamese universities to engineering teaching practices and curriculum focused on accreditation. The international kudos coincide with an expansion of the program both within Vietnam and into Indonesia.

“ASU’s presence in Vietnam has contributed significantly to strengthening its position with both ASEAN and the Trans Pacific Partnership,” explained Jeffrey Goss, Global Outreach and Extended Education (GOEE) and HEEAP executive director. “The next phase of the program will deepen that path and extend it into Indonesia.”

The Building University-Industry Learning and Development through Innovation and Technology (BUILD-IT) program, the third of the HEEAP initiatives, was  launched in May following a partners’  kick-off meeting which included industry, government and academic partners, with acknowledgement from President Obama. On June 2, Ho Chi Minh City University of Science (HCMUS), one of the first to sign a memorandum of understanding (MoU), hosted a commemorating event for USAID and BUILD-IT implementing partner, ASU. BUILD-IT links science, technology, engineering and math (STEM) instruction to the needs and capabilities of industry partners, with the goal of creating graduates who can lead inclusive, technology-based careers. More than 20 industry partners currently support the program.

HCMUS is one of a dozen universities slated to partner with BUILD-IT. Additional academic agreements and new industry partnerships are ongoing, with initial alliance program activities scheduled to begin this summer. A key objective of HCMUS is accreditation by the AUN in the areas of biotechnology, chemistry, mathematics and computer science.

“When HEEAP was launched, it was because Intel envisioned a transformation of engineering education in Vietnam,” said Goss. “It sought to do so in a way that would advance education leadership, faculty training, teaching methodology, curriculum and, perhaps most importantly, standards-based outcomes that would prepare Vietnamese engineers to compete in a global economy. The BUILD-IT Program represents that ability to compete.”

According to Kathy Wigal, Ed.D., associate director of Curricular Innovation, GOEE, who will administer the BUILD-IT Program, HEEAP-trained Vietnamese faculty will serve as the link in developing university STEM education in alliance with industry partners seeking graduates prepared for technical careers.

The initiative featured a series of workshops and mentoring experiences led by an ASU team. During the symposium, five academic program teams showcased their progress for an audience representing 40 Indonesian universities, industry representatives and Indonesian and United States government officials.

The symposium was followed by the US-ASEAN Business Council Forum on Human Capital Development, co-organized and co-sponsored by ASU, for a gathering that brought together representatives from industry, academia and government. The forum addressed the strengthening of industrial and innovation elements of Indonesia’s economy by improving the domestic ecosystem for human capital and workforce development.

Led by Martin Gil, President-Director of Coca-Cola Indonesia, the forum was structured around panel discussions. “The purpose of the forum today is to bring together key representatives from the private sector, government and academia to discuss ways of improving the domestic ecosystem for human capital and workforce development,” Gil told the assembly. Wigal, who served as a panelist during the discussions, invited attendees to participate in a follow-up dialogue to explore public-private human capital development alliances in Indonesia. “We have learned a great deal through our year-long special initiative and collaboration with the HELM project, and look forward to developing deep and diverse partnerships that share the goal of tightly linking STEM instruction in higher education institutions to the needs and capabilities of industry partners,” Wigal said. “Producing graduates who can lead inclusive, technology-based growth begins with developing relationships and coming together. Today we have taken the first step.”

Representatives from the U.S. Embassy, Indonesian Ministries and boards, and U.S. corporations including Microsoft, Amazon, Google, Honeywell and others, expressed interest in partnership opportunities and the creation of an alliance model.

The ASU team’s activities in Indonesia culminated in an Assessment and Evaluation Workshop for Andales University in Padang. Wigal and Scott Danielson, an associate professor in the Polytechnic School of Engineering Programs, led their fifth workshop in the series. Focused on assessment and evaluation of student learning, the participants included 25 faculty members from Indonesian civil, electrical, environmental and mechanical engineering programs.

“At the end of the news conference, President Obama walked the conference hall bowl and I had the chance to shake his hand and introduce myself from ASU,” said Goss, who noted that the President told him “Arizona State is doing great work in Vietnam and please keep doing it…it is important to the U.S.-Vietnam Partnership.”

President Obama arrived in Ho Chi Minh City late in the day on May 24 and spent time at the Dreamplex — an incubator and co-working space in the heart of Saigon. “We were successful getting two of our former HEEAP faculty approved to showcase their research and ventures,” explained Goss. “They had one-on-one discussions with the President and Secretary Kerry during this event. We had them proudly in ASU polo shirts.”

Photos of the Dreamplex event won’t be available through the Secret Service until later in June, but “it will be great to see our Vietnamese faculty, counterparts meeting with the President,” said Goss,  The President asked one of the faculty about his experience at ASU and then said “Wow, I keep hearing about Arizona State all over the place.” ASU was again featured at the Young Southeast Asian Leaders Initiative (YSEALI) Town Hall. “This was an event where I had the opportunity to sit in the front row with United States Ambassador to Vietnam Ted Osius, Vietnam Ambassador Pham Quang Vinh, Secretary of State John Kerry, and Vice President and General Manager of Intel Products-Vietnam Sherry Boger, among others,” said Goss. “There were around 800 YSEALI alumni in the audience, six of whom had recently completed the YSEALI Program at ASU. It was a very gratifying experience.”

According to Wigal, incentives and motivations for change and improvement will become more intense as the ASEAN economic borders are lowered and institutional autonomy increases. In 2014, Vietnam’s National Assembly passed a law to expand higher education investment and increase autonomy at the system and institutional levels, giving institutions and faculty greater freedom to make curriculum decisions and set institutional operating policy. “This will allow the institutional leadership to respond with policies, curriculum and competencies to reshape their institutions to meet market needs, promote innovation and foster inclusion,” Wigal explained.

And word of ASU program successes in Indonesia is spreading. “That’s how we got involved in Indonesia — if Vietnam can do it, then why not Indonesia?” she said. “As one of our HEEAP Rectors observed, they are all in the same house now,” referring to the ASEAN community. Evident to all ASU staff working in Southeast Asia is how strong the drive is within the faculty and leadership to improve STEM education in their countries. “Its rewarding to see those we have trained through the HEEAP faculty development cohorts go on to be come program leaders and deans. They see that they can make a real change in education, Wigal said. “That’s a real motivator for them, and for our team.”

Wigal says she now has friends and colleagues in both Vietnam and Indonesia, noting that she feels very connected to faculty in HEEAP’s partner universities, and beyond. “You would be surprised how many people will notice my ASU shirt – they’ve heard of ASU and ask me about our work no matter where I travel, whether its Southeast Asia for work or on my recent vacation in Ireland – everywhere they know ASU – we are world class!” 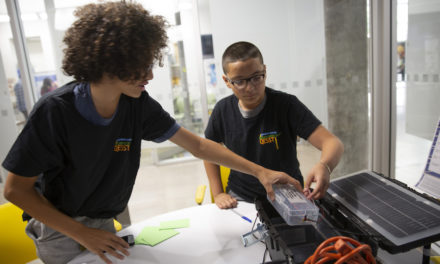 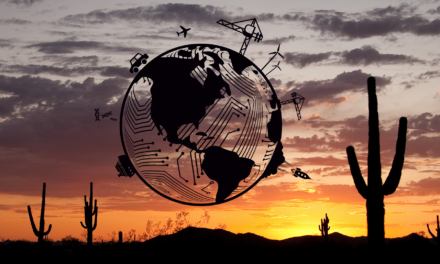 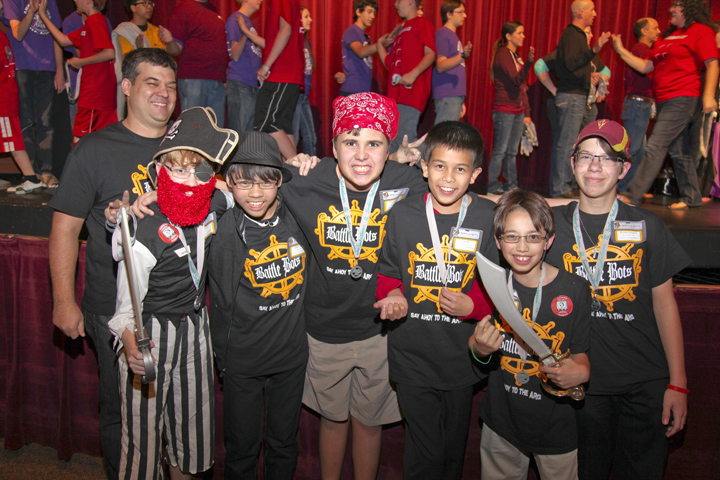