Joe Graham earned a degree in bioengineering at ASU.

Joe Graham, who earned a bachelor’s degree in bioengineering and a doctoral degree in neuroscience at ASU, is making use of his education in one of the most extensive endeavors ever to understand the human brain.

He’s working with the Blue Brain Project team at the Ecole Polytechnique Federale (Federal Polytechnic School) de Lausanne in Switzerland to fully model the structure and anatomy of the brain in the next decade.

Graham and his project colleagues hope their efforts will eventually lead to more effective ways to treat brain diseases.

Learning more about the brain’s computational abilities may even reveal how computing technology can be improved.

Read the full article on the ASU News website.

Gail-Joon Ahn’s recent patent approval for a novel identity protection system for digital devices was reported on by the technology writer for the Phoenix Business Journal.

Ahn is a professor of computer science in the School of Computing, Informatics and Decision Systems Engineering.

He is applying for more patents for his work on digital security, plus others on picture-password authentication and Internet security.

ASU’s Solar Energy Engineering and Commercialization master’s program is collaborating with the Arizona-based First Solar company on a project to provide special training to engineers from the United Arab Emirates (UAE).

The master’s program is administered through the School for Engineering of Matter, Transport and Energy.

The project will involve sending 15 engineers to ASU for training in solar energy engineering as part of the UAE’s Green Economy for Sustainable Development initiative.

Details of the project are reported on the Smart Energy Universe website. Baoxin Li has been drawing attention with his development of computer-generated two-dimensional images to produce “tactile photographs.”

Li is an associate professor in the School of Computing, Informatics and Decision Systems Engineering.

The images enable people who are blind or have other visual impairments to “see” faces of people through their sense of touch.

The raised grooves and contours of the images make it possible to discern the details of individual faces.

It’s even possible to create these tactile photographs from images taken from things like Facebook picture displays.

Li is working on other ideas for applying the tactile-image technology to other uses that would aid people with visual impairment.

Dealing with our electronics-dominated world 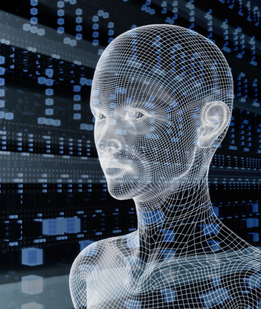 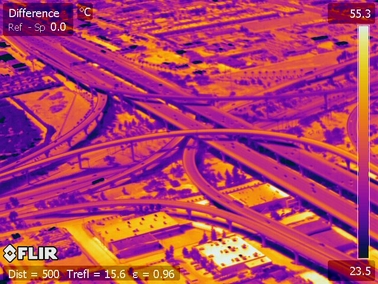 Paving the way to a cooler future