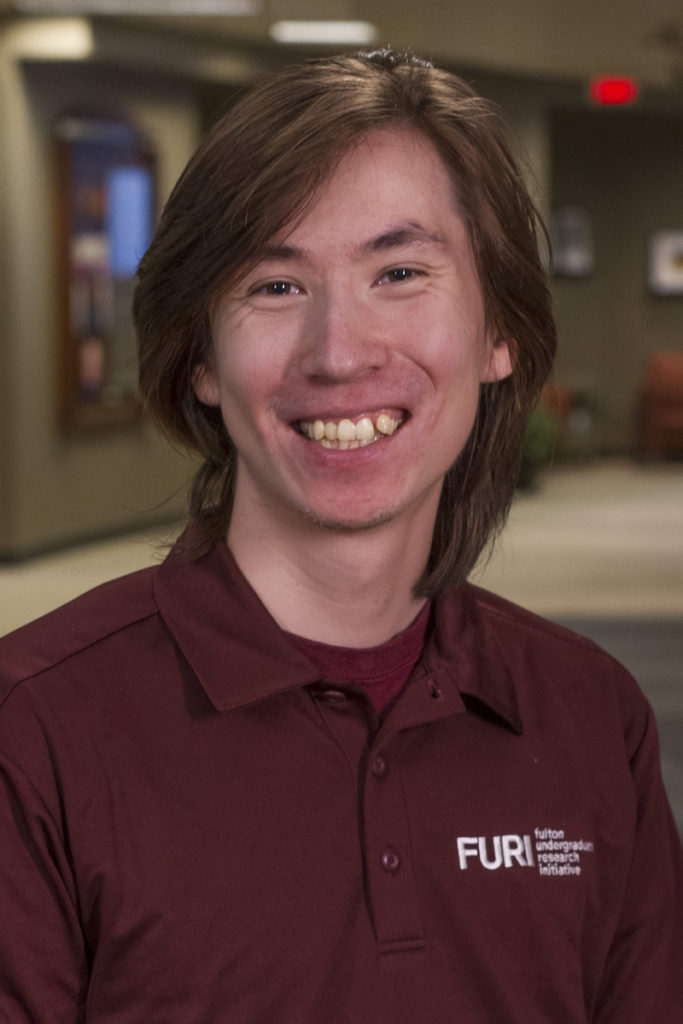 Zakk Giacometti has always had a strong passion for building things, both physical and digital.

“I was the kind of kid that dumped out their entire tub of LEGO on the floor and just went to town building cars and spaceships and other contraptions,” Giacometti says. “It was a great way to express that passion. Once I discovered programming, it was like someone had opened the floodgates. Suddenly, I could type a few lines of text onto the screen and have it do basically anything I wanted.”

After making his way to the Ira A. Fulton Schools of Engineering at Arizona State University after two years at Mesa Community College, Giacometti knew computer systems engineering was the perfect major for him.

“It was the best of both worlds,” he says. “A little software and a little hardware.”

Giacometti’s sights were set skyward with a pair of internships in the aerospace industry. He interned at both the NASA Marshall Space Flight Center in Huntsville, Alabama, as well as with Ball Aerospace in Boulder, Colorado. His senior capstone project involved designing and evaluating a system and methods to image meteorite samples in support of NASA’s Psyche mission.

“The experiences I was fortunate enough to have in the aerospace industry just cemented the fact that I needed to be an engineer,” Giacometti says. “It was beyond incredible to see people literally helping to build the future. On top of that, they reignited my passion for space exploration. Computer systems engineering offered me exactly the skills I needed to work on things like spacecraft and rovers.”

A recipient of the Fulton Schools Stanley C. and Helen K. Delpier Scholarship, Giacometti will return to Ball Aerospace this summer for another internship. He will then return to ASU in the fall to complete his 4+1 accelerated master’s degree in computer engineering (computer systems).

Giacometti, a recipient of an Academic Success and Professional Development Motivated Engineering Transfer Students scholarship funded by the National Science Foundation, says that we’re at a really amazing point in technology right now with the advancements in artificial intelligence, robotics and space technology.

“Humanity is almost certainly going to be colonizing other planets in our lifetimes,” he says. “To get there, we’re already engineering lower-cost launch vehicles, more advanced spacecraft, new materials and manufacturing methods, and more. I want to be fueling those advancements and pushing us to the next stages. Some of the work in this area sounds almost like science fiction, but it’s much closer than it looks.”