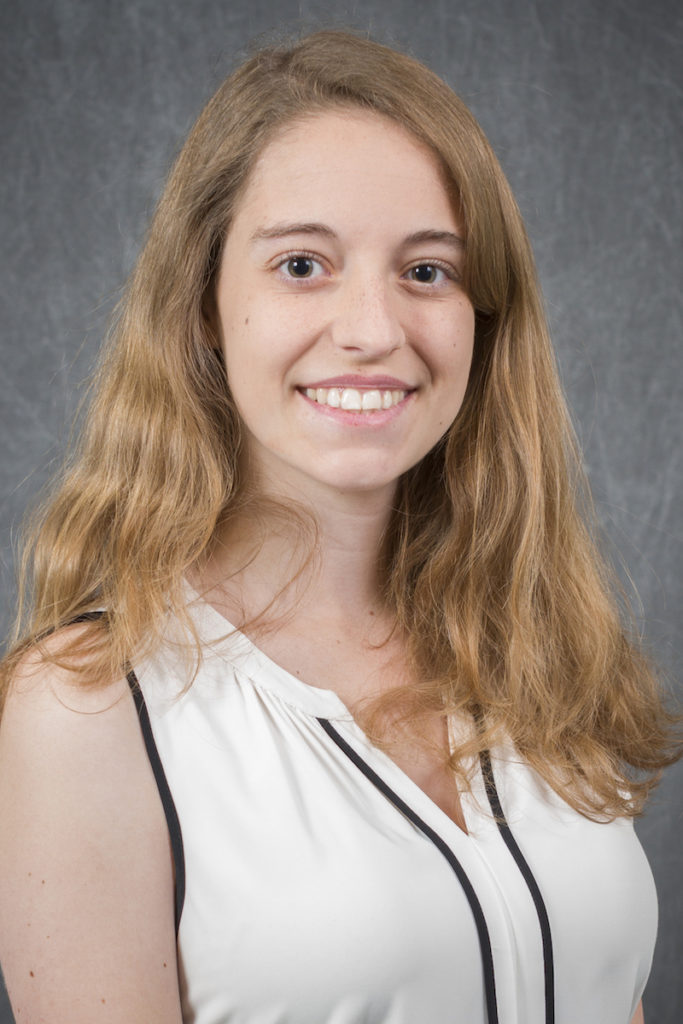 Having “always been pretty good at math, science and problem solving,” Taylor Swanson says she decided to take an introductory engineering course in high school.

The course sparked a stronger interest in the subject, while her teacher, a former electrical engineer, helped Swanson discover the branch of engineering that suited her.

Choosing electrical engineering as her major in the Ira A. Fulton Schools of Engineering at Arizona State University proved to be a good choice given that Swanson’s grades earned her a place on the dean’s list every semester — even with the extra academic rigor of being a student in ASU’s Barrett, The Honors College.

Swanson’s interest within the field of electrical engineering came into sharper focus during her undergraduate studies through an honors research project. She worked on the logic design for a simple computer processor with Seth Abraham, a faculty associate in the School of Electrical, Computer and Energy Engineering, one of the six Fulton Schools.

Logic design is about the basic organization of the circuitry in a digital computer. Computers perform calculations using components called logic gates made up of integrated circuits.

“I really fell in love with what I was doing and wanted to keep working on it further,” Swanson says.

What she learned in that course and on that project in particular, she says, helped her land an internship in the field, and she has been involved in logic design work ever since.

Those endeavors were a factor in Swanson’s decision to continue studies at ASU to earn a master’s degree in electrical engineering through the Fulton Schools 4+1 accelerated graduate degree program.

Upon receiving an advanced degree, she will begin work as a full-time engineer with General Dynamics, the international aerospace and defense industry company, where she has been an intern for the past year.

Along with pursuing her own education at ASU, Swanson spent much of her time as a mentor to other students in the School of Electrical, Computer and Energy Engineering. Her efforts also included volunteering to counsel students in freshman orientation classes and at Fall Welcome events about studying and college life at ASU.

The advice she sees as most important to give to new students: “Don’t be afraid to go to others for help when you need it,” Swanson says. “Your professors want you to succeed, so take advantage of office hours or talk to them after class, and your classmates can also be a great resource.”