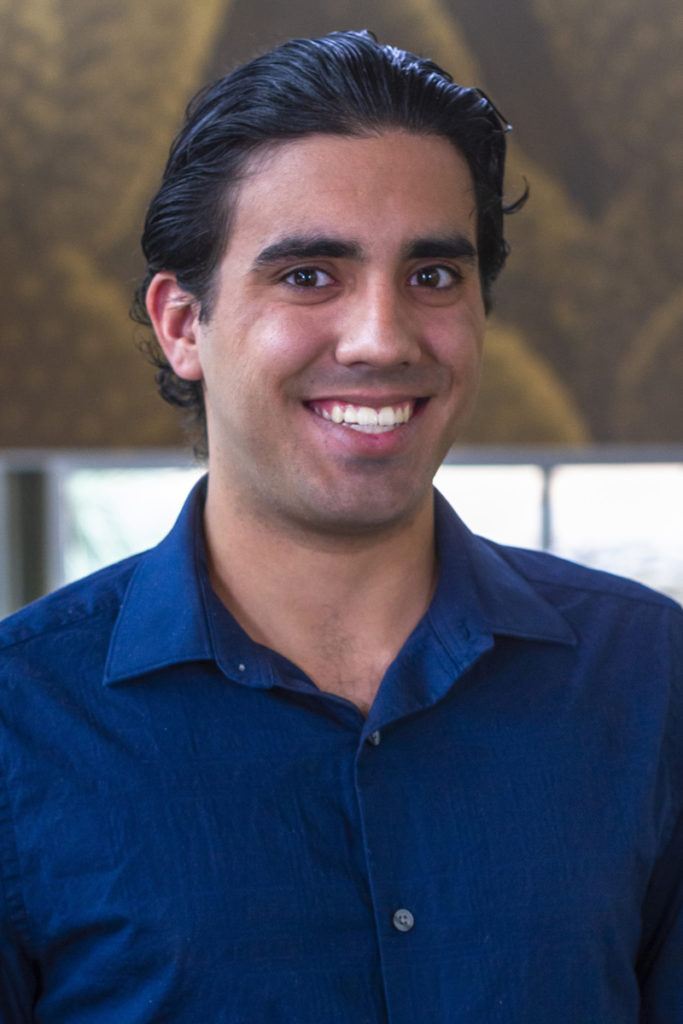 Growing up in the valley and attending the Bioscience High School in downtown Phoenix, Ryan Borneman got an early start on his engineering journey.

“[In high school], we were asked to choose between two focus areas, biomedicine or engineering,” he says. “There, I started to develop real ideas about what engineering could do as I started tutoring students in the mathematics and physics concepts we were working on in the class.”

The early introduction to engineering principles and helping fellow students led Borneman to the Ira A. Fulton Schools of Engineering to study robotics on an American Airlines scholarship and ASU merit scholarship, among others. Since coming to the Fulton Schools, he has incorporated his desire to help others by adapting a service-oriented mindset to his engineering studies.

“I have a high degree of optimism for engineering because of its problem-solving focus. I believe it to be one of the largest driving forces in the world,” says Borneman.

After arriving on campus, Borneman truly flourished. He spent five semesters as an Engineering Projects in Community Service student, working on two separate projects. In one project, his team identified the source of a leak that had caused the water bill for the House of Refuge neighborhood to increase by 200 percent. In another project, Borneman designed and constructed a sustainable village, which serves as a lab for testing projects in the structural environment of developing countries using a physical simulation.

When he wasn’t working on EPICS projects, Borneman was founding two on-campus student organizations. The first, Fulton Innovation Corps, is an organization that helps prospective engineers go out into the community, identify problems and work to develop solutions for them. The second, Advocating Sun Devils: Autistics on Campus, is a support organization for students on the autism spectrum. Students with the condition have a space to get together, share experiences and advocate against the stigmas placed upon them.

“Because that entire group is dedicated to the betterment of people with autism, I find that to be a noble pursuit,” says Borneman. “My passion for service has led me to create organizations on campus that specifically target the community and provides means of giving back to them.”

Borneman’s commitment to service eventually earned him a scholarship from his community council.

Following graduation, Borneman plans to continue his studies to earn his master’s in the 4+1 accelerated program. In the long-term, he would like to obtain a doctoral degree and become a professor to teach students about engineering and community service, and the value of combining the two.