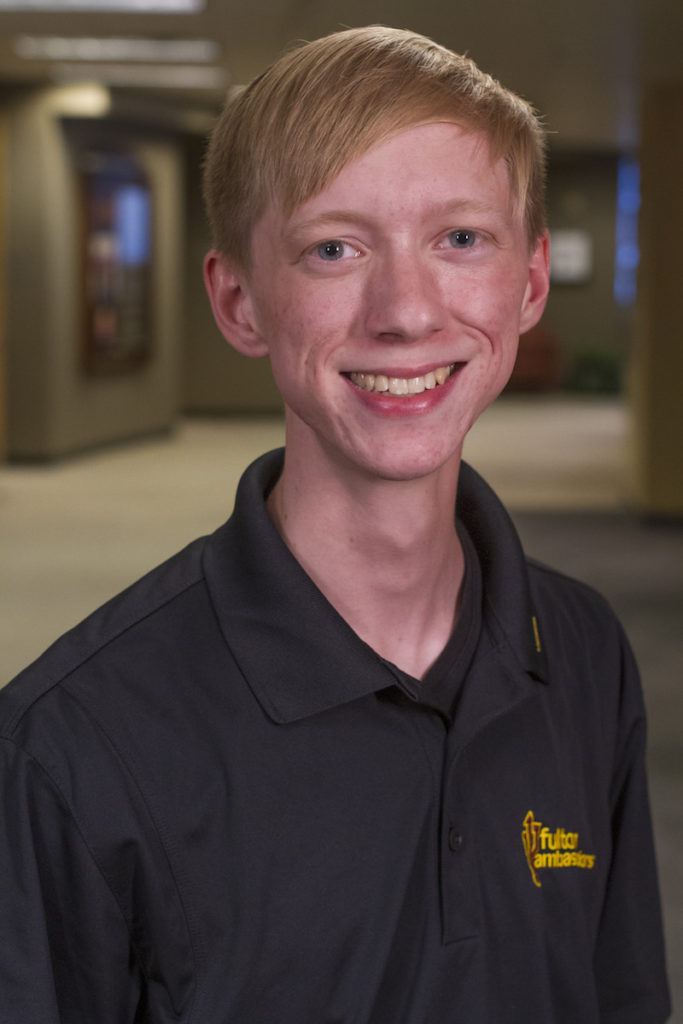 Robert Chandler will be the first to admit that, despite being from a small Georgia town 2,000 miles away from the desert, attending Arizona State University could have not been a more natural choice.

Both a Craig and Barbara Barrett and National Merit scholar, Chandler was eager to delve into the range of student organizations and research prospects that the New American University had to offer.

“The sheer breadth of opportunities at ASU made it clear to me that I would be the only limiting factor in my experience,” says Chandler.

A passion for the outdoors led Chandler to first consider studying environmental science, then industrial engineering. However, his plans quickly changed after Chandler took his first computer science course in the Ira A. Fulton Schools of Engineering, prompting him to change his major altogether.

“My deep dive into the world of computer science before I made the switch revealed to me the immense number of problems in the world whose solutions were being actively explored with computer science,” he recalls.

Since changing his major, Chandler has never looked back. He cites a course taken with Rida Bazzi, an associate professor of computer science in the School of Computing, Informatics, and Decision Systems Engineering, as being particularly impactful.

“In addition to his care for students, he was highly intellectually engaging and made his difficult course topics easy to digest while maintaining challenge and rigor,” Chandler says.

Outside the classroom, Chandler has accumulated multiple years of service with Fulton Ambassadors. Over that time, he served as both the organization’s president as well as what is now called the communications director role. Chandler developed a strategy to improve membership engagement and foster a community of mentorship and leadership within the organization. Under Chandler, the Fulton Ambassadors achieved its largest membership to date.

The future is looking bright for this soon to be Sun Devil alum. Chandler has secured a software engineering position as part of a rotational program at Honeywell, where he will be working with the internet of things and machine learning products. He also plans to pursue a graduate degree in computer science online.

Ultimately, Chandler wants his career to be an exploration into the realm of ethics and public policy surrounding emerging technologies in the computing industry – ideas he honed after taking a course with ASU President Michael Crow and Daniel Sarewitz, co-professors of the Science, Technology and Public Affairs class.

“I believe that, with a strong technical background from industry experience and a graduate degree, I will be in a position to influence the development of new technologies while recognizing and addressing their effects on society.”