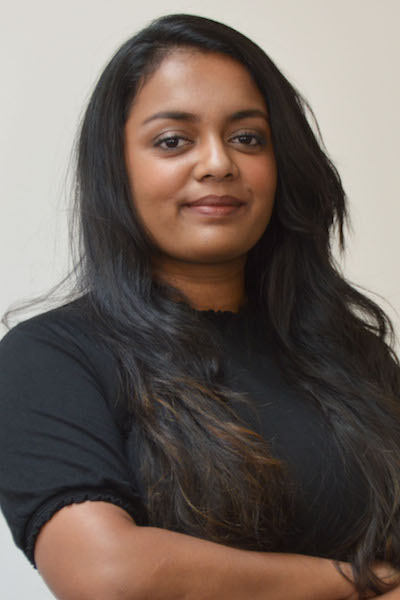 BS in technological entrepreneurship and management

It was Arizona State University’s charter that caught Pooja Addla Hari’s attention when applying for universities.

ASU ranking #1 in innovation and the opportunity for her to focus on sustainability and social innovation sealed the deal.

During Addla’s second week at ASU, she was attending a Generator Labs event and immediately realized what her degree would be — technological entrepreneurship and management.

“I felt so heard and understood. I knew I belonged in that program because of its interdisciplinary format, top-notch faculty and resources,” Addla says. “It was the perfect combination of technology and entrepreneurship.”

Once Addla joined the program, her sharp leadership qualities became apparent. She became president of the Startup Village, chair of the Changemaker Central startup committee, and a coach with ASU’s First Year Success Center.

During her second year, Addla founded her own ed-tech startup, which was accepted into the Venture Devils program and earned her an eSeed challenge award.

“My team and I raised funding through several grants and were one of 16 teams selected to attend an all-expense-paid, immersive professional development experience in Silicon Valley,” she says.

In addition to the Impact Award given by the Ira A. Fulton Schools of Engineering, Addla’s successes were recognized through various scholarships and awards including the Public Service Academy award, New American University Scholarship, Sustainability Champions Award and $500,000 in funding from Schmidt Futures as part of the Alliance for the American Dream competition to support distressed, local communities.

During her time at ASU, she became a student expert in entrepreneurship and was invited to speak for various initiatives like a Society of Women Engineers panel, the Global Career Bootcamp, the Inside ASU podcast, and the Tempe Sister Cities Leadership Summit.

Addla owes much of her growth and success to Lecturers Steve Cho and Brent Sebold, along with Lauren Dunning, Andrew Nelson among several others.

“Dr. Cho taught me important lessons in all spheres of life — academic, professional, technical, personal, philosophical, you name it,” she says.

Following graduation, Addla will continue her role as the product and customer success manager for Enfuego Technologies, a Phoenix-based startup.

“Eventually, I want to design strategies and build partnerships for systemic change in education by leveraging technology and entrepreneurship. To me, this is the clear path to solving global issues that I care about,” Addla says. “My long-term intention is to return to India and scale this venture in my home state of Tamil Nadu and, in due time, other parts of the world.”