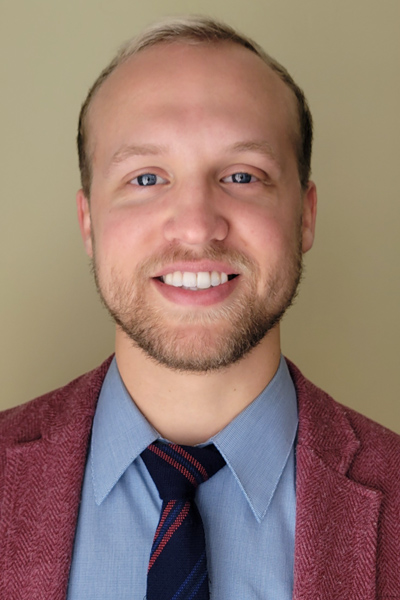 BSE in materials science and engineering, BS in computer science

Payden Brown says he chose to study both materials science and computer science in the Ira A. Fulton Schools of Engineering at Arizona State University because they represent a perfect combination of theory and practice.

“They offer both the knowledge necessary to explain natural phenomena and the tools necessary to create something useful from it,” he says. “This pushes you to think both critically and creatively, which is very rewarding.”

Such a compelling combination led Brown to transfer from the aerospace engineering program in which he originally enrolled, and he has been completely absorbed by his studies ever since.

“One of my lab classes was particularly engaging because we applied the synthesis and characterization methods we had learned about up to that point, and it was great to see the science at work in front of my eyes,” he says.

Brown believes a number of mentors have had a positive impact throughout his time as an undergraduate, but Senior Research Specialist Shahriar Anwar may have been the most influential to his academic growth.

“He taught three or four of my classes, and it was always apparent that he believes in the abilities of his students as young scientists and engineers,” Brown says. “His confidence in us helped me to gain confidence in my own abilities and realize what I can contribute to society as a thinker and problem-solver.”

Brown says he now feels a great sense of accomplishment when applying what he has learned to develop solutions and help others. “For example, I was I was able to do this during my U.S. Department of Energy Science Undergraduate Laboratory Internship at the Brookhaven National Laboratory,” he says. “But it’s also true of my service as a tutor to fellow ASU students.”

After graduation, Brown will pursue graduate studies during the “+1” year of his 4+1 accelerated master’s degree program. When complete, he intends to look for opportunities to help further the field of green energy generation and storage as well as to support the development of methods and materials that have low environmental impact.

“My studies in STEM have made me realize the more one knows, the better one understands about the world and the improvements that can be made,” he says. “I will always be learning.”