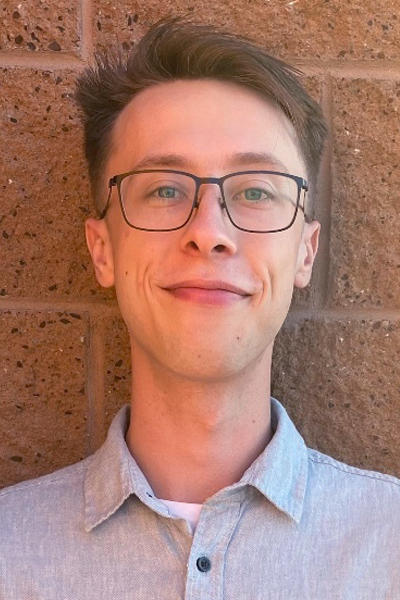 Paul Parker IV says he came to college to boost his skills in problem-solving — something he finds “extremely fun” and that just happens to be “at the heart of everything in engineering.”

He was also looking “to obtain the broadest and diverse education I could get,” he says, and found that in mechanical engineering, a field he sees as applicable to almost every major industry.

Parker says he realized he had made the right choice for a major when he discovered computational mechanics and learned he could focus his studies on that aspect of mechanical engineering.

“It is the perfect combination of the three things I most enjoy learning about: math, engineering, and computer programming,” he says. “Once I began focusing on the computational mechanics concentration, everything began falling into place for me.”

Parker also came to ASU for the opportunities to do research as an undergraduate. To prepare himself for that, he added a minor in physics to his academic pursuits.

He now counts as his most valuable educational experiences the research he did in Fulton Schools Regents Professor Aditi Chattopadhyay’s Adaptive Intelligent Materials and Systems Center, or AIMS, and a computational mechanics project for the Fulton Undergraduate Research Initiative, or FURI, he did under the supervision of Associate Professor Jay Oswald.

Parker also became an undergraduate research assistant in the AIMS Center. He credits his work with Chattopadhyay for getting an internship with Northrop Grumman Space Systems, leading to a full-time position as an associate mechanical analysis engineer that he will begin soon after graduation.

His path through ASU has been aided by earning a New American University President’s Scholarship and an ASU Scholarship for Merit in Mechanical and Aerospace Engineering.

In addition to his own studies, Parker helped other students in his role as an undergraduate teaching assistant in computer programming and mechanics courses. He gained membership to Tau Beta Pi, the engineering honor society, serving as treasurer for its ASU chapter and organizing funding for its events.

Parker plans to begin doctoral studies in the near future with the hope of eventually working in a national research laboratory or an industry position enabling him to pursue a particular professional passion.

“I want to use my skills as a computational mechanist to help make great advances in our knowledge of the world,” he says. “I would love to play a role in the expansion of our species into space.”