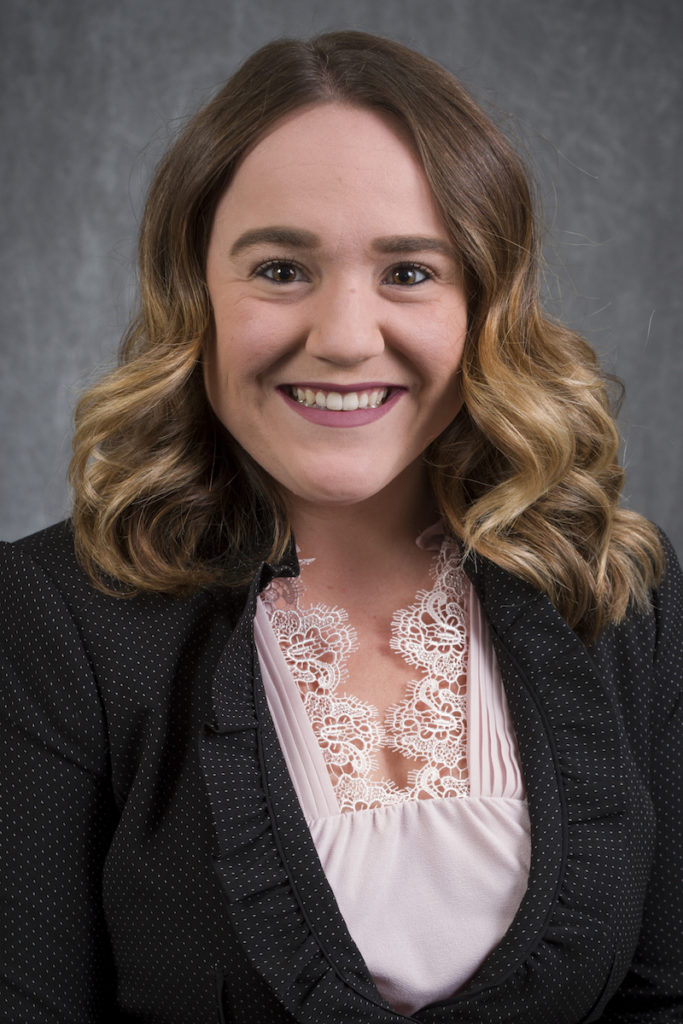 Hobbies
Traveling, dancing, watching movies
Band
Maroon 5
TV show
How I Met Your Mother
Movie
Any Disney movie! If I had to choose one it would be Toy Story.
Sports team
Pittsburgh Steelers
Geeky possession
A collection of over 20 Minnie Mouse ears from the Disney Parks

Molly Baker grew up dreaming about working for Disney. She was always intrigued by the attractions and the mechanisms that brought them to life.

“[Disney] is how I was drawn to a degree in engineering,” Baker says. “I began my studies at Arizona State University pursuing a degree in mechanical engineering but after participating in the Disney College Program in my sophomore year, and meeting with engineers from various departments at Disney, I decided I wanted to pursue a path toward project management.”

When she returned to ASU the next semester, Baker switched her major to engineering management.

Baker, who was born in Pittsburgh, Pennsylvania, and lived in New York, Kentucky, Texas and Virginia before ending up in Arizona, followed in her family’s footsteps when she became a Sun Devil.

“My older brother graduated from the Walter Cronkite School of Journalism and Mass Communication and my father received his MBA from the W.P. Carey School of Business, so I wanted to continue the Sun Devil tradition,” says Baker. “Once I was accepted to the Fulton Schools as well as Barrett, The Honors College, I knew it would be the best choice for me.”

Professor of Practice Daniel McCarville’s teachings made an impact on Baker and helped her grow as a student. His lessons helped her to realize she was on the right path.

“I have been able to take key pieces of the material he taught and directly apply them to my work experience,” Baker says. “Throughout my internships at Walt Disney Imagineering, the skills and concepts I learned in his courses allowed me to know exactly what to do. I knew this is what I wanted to do when I was able to directly apply what I was learning in school to my internship work.”

Baker, whose dream of working at Disney came true, has one piece of advice to students still in school: don’t give up.

“Engineering can be very tedious at times. Even throughout my final semester, I was in courses that made me spend long hours studying,” Baker says. “But the most rewarding experience is being able to say you pushed through it and came out the other side an engineering graduate!”