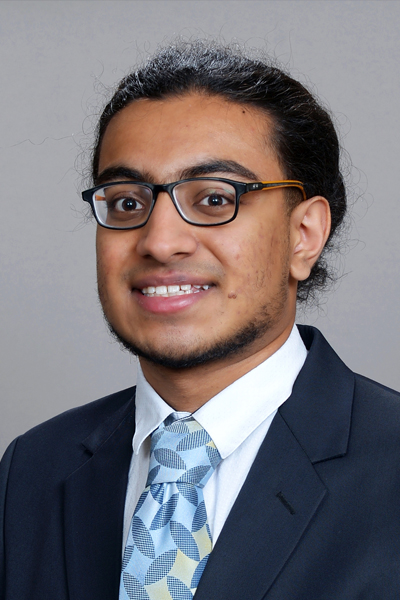 Mohit Doshi has always enjoyed logic puzzles, numbers and mathematics. As a high school student, he developed a strong foundation in computer programming. So, pursuing a degree in computer science from the Ira A. Fulton Schools of Engineering at Arizona State University was a natural choice.

“I chose ASU due to its strong engineering programs, its proximity to major metropolitan areas and the availability of undergraduate research opportunities,” Doshi says.

During his time at the Fulton Schools, Doshi has been an active member of the engineering community, both on and off campus. He was the director of communications and the technical development director for ASU’s Software Developers Association, or SoDA. Additionally, Doshi was involved in roughly 30 hackathons as a participant, volunteer or organizer. As a senior, he was selected as an ASU/NASA Space Grant Intern and conducted research in the Data Mining & Machine Learning lab for his research project. He also worked as a software developer for the University Technology Office at ASU and interned at American Express, Tesla and Amazon.

After graduating, Doshi would like to work on projects and technologies that can advance society toward becoming a Type 1 civilization — one that can efficiently use and store all its available energy. He hopes he’ll be able to incorporate his interests in software, technology, space, government and sustainability to reach that end.

“There are a multitude of challenges at a global level — spanning education, access to information, security, cooperation, technology, policy and more — that have to be addressed before such a transformation can occur,” Doshi says. “Technology is a catalyst for rapid democratization of information, ideas and services, and I want to innovate with it.”

Doshi’s time as an engineering student has made a significant impact on him, from enhancing his critical thinking skills to improving his ability to ideate, vocalize, and rapidly prototype and present a solution. He says that he is now able to work more effectively within a team environment and communicate with an interdisciplinary group. He’ll have the opportunity to do that and more this summer as an intern for NASA’s Marshall Space Flight Center.

As a computer scientist, Doshi plans to support solutions to a number of issues impacting modern society. He says that his degree opens up a number of avenues and opportunities, as the blend of engineering, mathematics and programming is incredibly dynamic and resourceful.

“My computer science degree gives me the ability to work on building solutions that can satisfy people’s needs, combat existential problems, advance the capability of our species and essentially harness technology to work for the benefit of mankind.”

Read about other exceptional graduates of the Fulton Schools’ Spring 2021 class here.