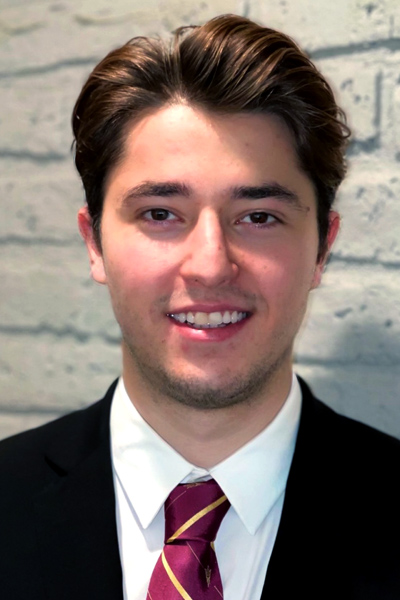 Mertay Dayanc was attracted to study at Arizona State University because of its reputation for innovation and his desire to be part of a truly entrepreneurial community.

As a consequence, the highlight of his experience in the Ira A. Fulton Schools of Engineering at ASU has been the application of his computer science coursework to co-found a startup business.

“I worked nonstop on development for nine months, but it didn’t feel like work at all,” Dayanc says. “The fact that I could both imagine a solution and have the skillset to take action made me realize that I was in the right major.”

Dayanc says that working with peers to build Get Gifted — a platform for student athletes and influencers to create and manage brand deals — while he was a full-time student was an enormous but gratifying challenge.

“The entrepreneurial mindset that the Fulton Schools cultivates motivated me to chase opportunities. And when we got into Venture Devils and won an award for our startup, it gave us so much hope. Hard work gets noticed and supported here,” he says. “This has been such a thrilling journey, and I am excited to see how it will evolve.”

Alongside completing his degree and starting a business, Dayanc also was founder and vice president of ASU’s Turkish Students Association, participated (twice) in the Fulton Undergraduate Research Initiative and served (twice) as an undergraduate teaching assistant.

Dayanc says he feels fortunate to have learned from many great faculty members, but Huan Liu, a professor of computer science and engineering in the School of Computing and Augmented Intelligence, one of the seven Fulton Schools, may have been the most impactful for his personal growth.

“He encourages students to stay curious, and he always makes time to talk to people,” Dayanc says. “As he shared his experiences with us, I realized how I can be better and what I should be doing to be successful in life. So, I will always pursue goals and never stop learning.”

After graduation, Dayanc will begin work as a software developer for GoDaddy. His longer-term career aspirations include applying his eager curiosity about the applications of current and new technologies to address real-world problems with solutions that improve people’s lives.

“The Fulton Schools helped me so much in my own development,” he says, “so I want the results of this experience to support others in the future.”