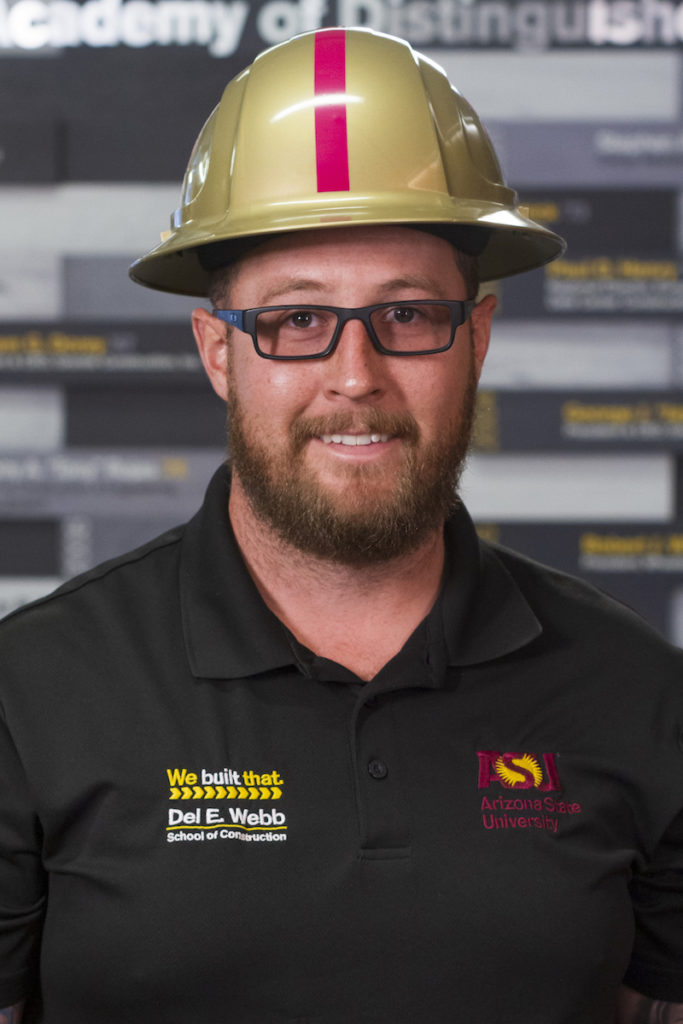 Nearly 15 years ago, Jonathan Thomas Lyle dropped out of high school and didn’t know what the future had in store for him. He never thought he would spend 10 years in the Army and later be graduating with honors from Arizona State University. His future, though, turned out better than he could have expected.

“My entire time at the university has been extremely memorable and rewarding,” says Lyle, who is graduating with a bachelor’s degree in construction management from ASU’s Ira A. Fulton Schools of Engineering. “I’ve been grabbing hold of every opportunity that comes my way and doing everything to the utmost of my abilities.”

Lyle was drawn to the quality of the construction management program as well as the Del E. Webb School of Construction, which is housed within the School of Sustainable Engineering and the Built Environment, one of the six Fulton Schools. He also believed the mandatory internship component in the curriculum was important for his career development.

During the first year of his program, Lyle helped renovate the Sun Devil Stadium as an intern with Suntec Concrete, a commercial concrete contractor in Phoenix, Arizona.

“Nothing matches the knowledge gained by physically doing the work you plan to do. It has been awesome to go to games and see parts of structural concrete I helped build,” he says, adding that is when he knew he’d chosen the right field to pursue.

His notable contributions include founding Operation Ramp-Up, a charity event that provides ADA mobility ramps to disabled veterans across the valley, and winning a third-place trophy in concrete solutions at the 2018 Associated Schools of Construction Regions 6 & 7 competition.

After graduation, Lyle will be working as a project engineer in the self-perform concrete division of McCarthy Building Companies, a national construction company.

“I learned and gained a higher respect for the entire construction industry,” says Lyle. “I came out of ASU with a true passion for my future career.”